There has been a large question mark surrounding the Kansas City Royals since before the season even started and it revolved around three simple words: buy or sell? It has been well-known for a while now that the Royals nucleus of their championship teams in 2014 and 2015 are eligible for free agency at the end of the season and how the Royals performed this year would go a long way towards determining which party they attended. I’ve long felt they wouldn’t be selling but that didn’t exactly mean they would be buying either. The honest truth is that there aren’t a lot of pieces in the minors for Kansas City to use as bait and dissecting the big league roster would most likely damage their chances of contending. With that said, baseball was taken aback on Monday as the Royals traded pitchers Matt Strahm and Travis Wood with minor league infielder Esteury Ruiz to San Diego for pitchers Brandon Maurer, Ryan Buchter and Trevor Cahill. It was a trade that will help both teams but the heavy emphasis is how it helps Kansas City as they make another run to October baseball.

Pitching is what the Royals needed and adding the three arms is a plus for Kansas City moving forward. Cahill will slide into the rotation, an instant improvement on the young arms they have tried to stabilize the 5th spot in the rotation. Cahill has been an above average starter to far in 2017, posting an ERA+ of 115 in his 11 starts, a 3.39 FIP and a nice 3.00 strike out to walk ratio in 61 innings. Cahill has posted his highest strike out rate of his career so far (27.4%), mostly due to an increased use of his curveball. Cahill has dealt with some shoulder discomfort this year and spent a bit of time on the disabled list because of it. But he is already an improvement over the Junis’ and Skoglund’s that Kansas City has been throwing out there this summer and could even see more consistency with the Royals defense behind him. 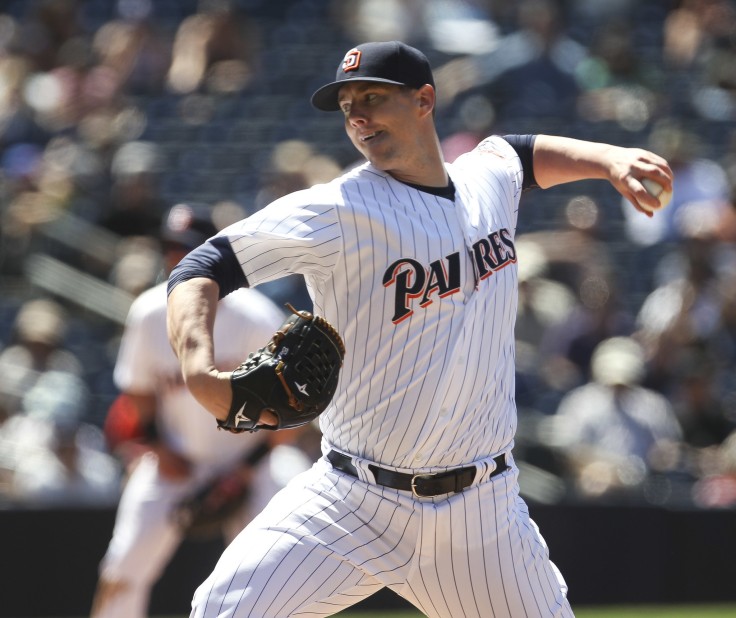 Buchter (pronounced Book-ter) will add another stellar left-hander to the Royals pen and improves an already solid array of relievers. Buchter has been productive so far this year: 139 ERA+, 2.61 strike out to walk ratio, and a 29.2% strike out ratio. His FIP is a bit high (4.55) but his work against lefties is exactly what any manager would expect from a left-handed specialist: .175/.277/.386 line against lefties, striking out 20 over 15.2 innings against batters from the left side. Buchter has allowed a few too many home runs for the short amount of work he has pitched (7 home runs given up over 38.1 innings) but he was less productive at home this season (batters hit .238/.304/.492 against Buchter at Petco Park this year) which could be a plus at Kauffman Stadium. Buchter has also performed admirably in high leverage situations (posting a slash line of .071/.188/.214 and a wOBA of .187) and has been on lock down when he has had runners in scoring position (.156/.270/.226 and a wOBA of .231). Buchter isn’t going to be one of your main setup guys, but he could be the guy Ned Yost goes to when a tough left-handed batter needs to be vanquished.

The most intriguing piece of the trade is Brandon Maurer, who has been the Padres default closer for most of this year. While his surface numbers won’t pop out at you (74 ERA+, 5.72 ERA and 39 hits over 39 innings), underneath tells a different story. While Maurer’s ERA is above 5, his FIP sits at 3.22. He also has the highest strike out rate of his career (23.5%) and the lowest walk rate as well (4.9%). What has hurt Maurer this year has been those high leverage situations; Maurer has posted a .283/.309/.442 line in those situations and a wOBA of .310. This goes double for his performance with men in scoring position, as they have hit .400/.455/.641 with a wOBA of .450. I mentioned ‘default closer’ earlier and that was for a reason; Maurer is probably better suited as a setup guy and it’s not just the numbers that speak of that:

AL scout told me regarding Royals trade: "Maurer was the key piece. Better as a setup guy. Better handing baton off than taking the baton."

If this is the case, Maurer will be a great fit for the Royals, being one of the bridges to closer Kelvin Herrera. Even better for Kansas City, the Royals will be able to keep Maurer and Buchter for the foreseeable future:

While Cahill will be a free agent after the end of the year, Maurer and Buchter look to be staying for a while. The contract control had to be a great selling point for Dayton Moore as he was working on this deal.

The Royals meanwhile gave up a couple of solid arms and a young prospect for the three San Diego pitchers. Matt Strahm, currently on the disabled list, was the big get as he was ranked as the Royals second best prospect by Baseball America before the season started. While Strahm struggled during his two stints in Kansas City this year (84 ERA+, 22 runs given up in 34.2 innings), he was initially going to be a big part of the Royals pen. While Kansas City envisioned him as a future starter, there are some concerns that he might be better suited for the bullpen in the long run. Either way, losing Strahm does hurt any pitching depth the Royals had in their minor league system. Travis Wood was also dealt and to be honest it is amazing that someone was willing to take him with the season he has had this year. Wood’s time in Kansas City was not good, as he compiled an ERA+ of 66 with 33 runs given up in 41.2 innings. While the Royals shipped Wood to the Padres, they are still paying on his contract:

Royals are sending the Padres more than $7.2 million to cover most of Travis Wood's contract. They'll save $1.5 million.

Okay, now I see how the Royals were able to deal Wood. Being able to ship him off is still a win-win situation and should actually improve Kansas City. Finally, minor league infielder Esteury Ruiz rounded out this trade. Ruiz isn’t ranked on most prospect lists, but scouts really love this kid:

Already hearing a lot of buzz on Esteury Ruiz from evaluators who have seen him in Arizona. Really young but wiry strong. Good upside play.

I tend to believe if the Royals had any regrets, it will end up being because of Ruiz. He is only 18 years old so the likelihood of regretting trading him probably won’t happen for at least four years at the earliest. Overall, this trade was one that made sense for both clubs and appears to help the them both now and in the future. 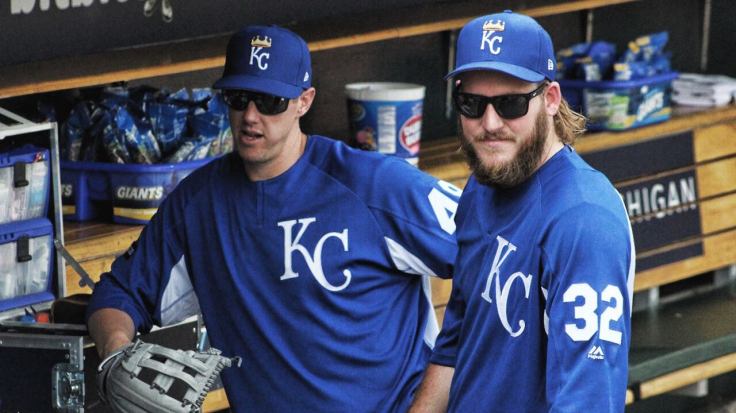 The Royals need for pitching appeared to be fulfilled with this trade but alas it appears Moore might not be done dealing yet:

The Royals have not only discussed Liriano with Toronto, but also Marco Estrada as possible fits in the Kansas City rotation. Estrada would appear to be the better fit, as Liriano as struggled with consistency and efficiency for years now, while Estrada had put together five solid seasons before this bump in the road in 2017. There are still about five days left before the trade deadline so it is possible that Kansas City isn’t done adding to their team. Even if it doesn’t happen, the Royals upgraded both the bullpen and rotation with the trade earlier this week and have put themselves in a better position to go after a playoff spot. Time will tell whether these moves pay off, but no one can say that the Royals didn’t at least give it a go. They aren’t big moves like picking up Ben Zobrist or Johnny Cueto, but we all knew Kansas City couldn’t afford moves like that. Instead, the Royals appear to be following the model of 2014; let the rotation eat enough innings and then hand the ball over to the bullpen. It worked once, so there is no reason to think it can’t work again.