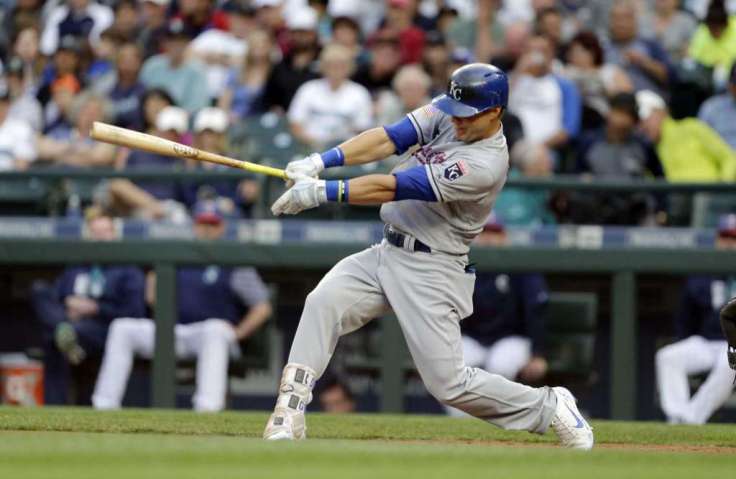 A funny thing happened in June; the Kansas City Royals kicked it into another gear, going 17-9 and putting them near the top of the American League Central. As of this writing, the Royals are 3 games out in the division, half a game out of the wild card. It feels very apparent that the team is making another one of their patented runs, a run that has been christened ‘The Last Ride’ due to a number of key players becoming free agents at the end of the year. It is ‘Do or die’ at this point and the Royals appear to be saying ‘We aren’t dead yet’. Despite all of this, there are some that believe Kansas City should still sell before the trade deadline and start acquiring pieces for the future. The farm system is weak and depleted and has been ranked by numerous sources (including Baseball America and mlb.com) as one of the worst in baseball. So…should the Royals buy or sell? 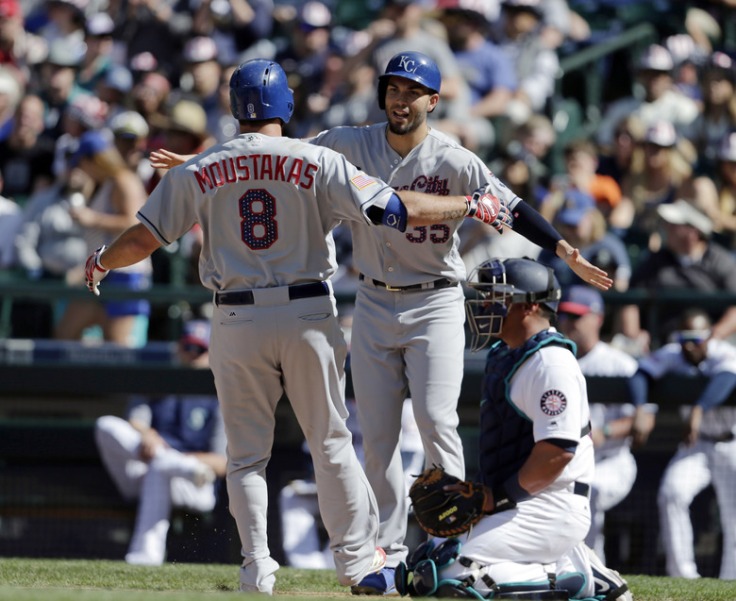 The argument for buying is simple: they are within reaching distance of a playoff spot and have performed way more consistently through the last 4-6 weeks than during their horrid April. Over the last 30 days, the Royals are 5th in home runs, have the 4th lowest strike out rate, 4th best ISO (Isolated Power), 4th best slugging percentage, and 2nd best WPA. The WPA (or Win Probability Added) might be the most telling, as it determines each player’s contribution to a win. Also, they have the best Clutch stat in the American League over the last 30 days, a stat that measures how players perform in high leverage situations. Overall, the offense has awoken and has performed more along the lines of their expectations. When I was deciding on my predictions back in April, I felt that overall the offense was going to bounce back from a rather lackluster 2016 and produce closer to their 2015 numbers. But the first month of the season made me question whether I had raised my expectations too high and was betting more on hope than reality. The pitching has been mostly efficient during that same span, as they were able to keep the team on pace while enduring injuries to two of their starters (Danny Duffy and Nate Karns) while dealing with a few struggles from some of their younger arms (Eric Skoglund, Jake Junis, Luke Farrell). Over the last month, the Royals pitchers have the 5th best walks per 9, 4th best HR per 9, 4th best LOB%,  have the best HR/FB%, 3rd best ERA, and 5th best FIP in the American League. Considering the state of the rotation during this span, it gives one comfort especially now that Duffy has returned to action. The numbers are all on the incline, which is a positive sign for a team wanting to play October baseball. This makes me believe they should be buyers, but what they will be able to buy is another issue. 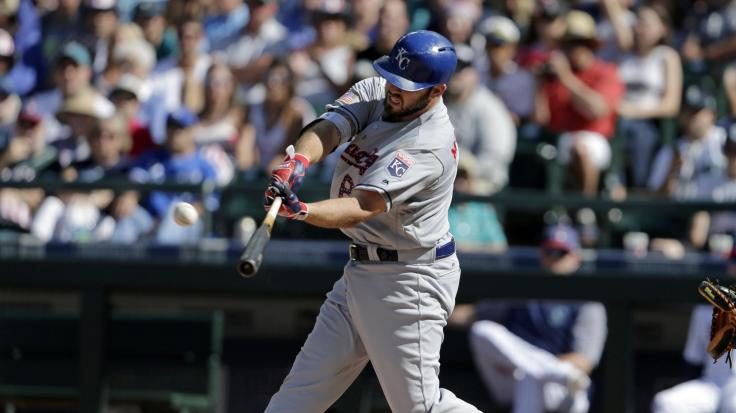 While in theory buying appears to make the most sense, the big question being asked for the Royals is ‘who can they offer?’ if a deal goes down. To be honest, not much. It would seem that anyone dealt off the main roster would leave a hole on the team and the farm system is pretty thin on tradeable talent. One would think they would go after a starter for the back-end of the rotation, someone who wouldn’t cost much but would eat up innings and be a notch above the performances we have seen from Junis and Skoglund. The Royals sent scouts to go watch Jose Quintana of the White Sox, but I’m pretty certain Kansas City would not be able to assimilate a package for the lefty that would fit what Chicago is looking for. A rotation “rental” might be the way to go for the Royals, someone like Scott Feldman , Lance Lynn or Alex Cobb, a veteran arm that wouldn’t cost the team very much. I can also see the Royals looking for another arm for the pen, as Kansas City has sent scouts to look at Philadelphia’s Pat Neshek who will be a free agent at the end of the season. The Royals were able to make big deals back in 2015 that netted them Johnny Cueto and Ben Zobrist; I would not expect a deal of that magnitude, but I can see them scouring cheaper options that would improve on the current roster. 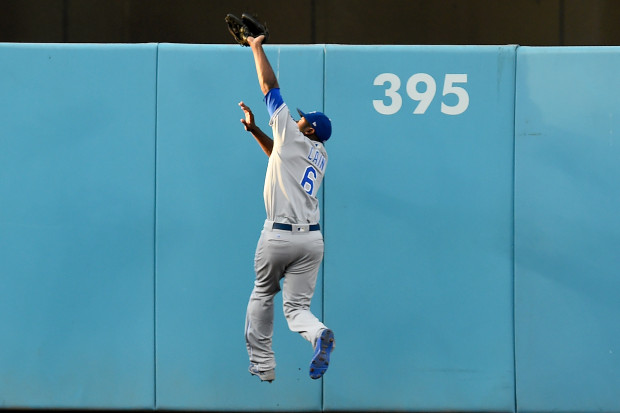 So why should the Royals sell? There are some analysts who believe that with how weak the Kansas City farm system is, they would be best suited to sell at the deadline so their rebuild after this year doesn’t drag on for a 3-6 year period. Amongst those who believe the team should swing into sell mode is former MLB General Manager Jim Bowden:

Look, I get the arguments that are made that say if Kansas City doesn’t sell, the rebuild will be a huge task to bounce back from. I am very well aware that the farm system is one of the weakest in the game and probably won’t really be supplying steady, regular major league talent for a couple more years. But…I can live with that if it means we get one more season with a run in October. As a fan for 33 years, I know what it is like to be at the bottom looking up; been there, done that. But I also remember the 20 year period where the Royals played very few (if any at all) meaningful games. In my eyes, the Royals have this one more year to give the fans and the nucleus of this team one more playoff run for us to etch into our memories. Baseball’s parity has never looked better and with the second wild card, it opens up a whole other realm for teams that are on the fringe of the postseason. After all these years, I have confidence in the Kansas City front office that they will be able to assemble a game plan for the future, that is if they haven’t already. From Dayton Moore’s interviews, I have gotten the vibe that they are very well aware of the position they are in and what that means for the future of the franchise. That makes me believe that they aren’t blindly walking into this scenario like ostriches with their head’s stuck in the ground. They are aware and feel this is the best course of action to take. I also believe that if the Royals are able to make it to October, the money made from playoff baseball will help the team in the years to follow, whether it is used to sign free agents or help with something like scouting. It would be a major disservice to this team, the organization, the fanbase and even baseball to dismantle this team when they are within breathing distance of a playoff spot. A small market team like the Royals succeeding is good for baseball and helps build interest all across the game. 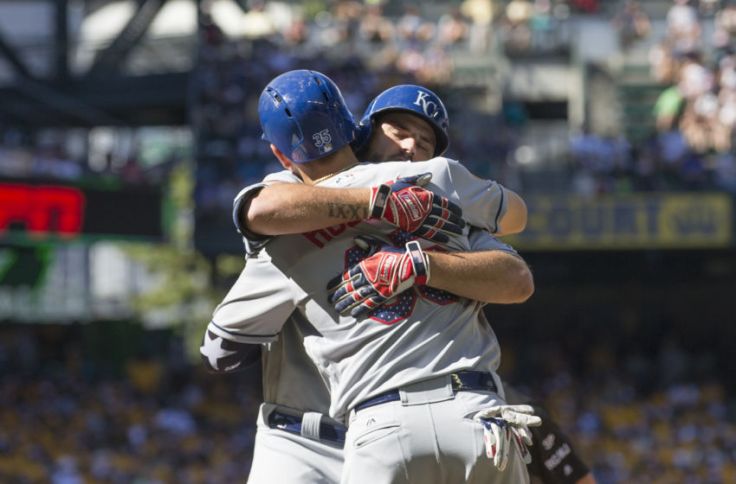 At the end of April the Royals looked like sellers that were just biding time until July. The last six weeks have been proof that baseball is a long season and one month does not make an entire season. I don’t know if I would label Kansas City as a team that will win the World Series but I also won’t count them out either. The last four seasons have shown us that this Royals team loves to defy logic and are never truly out of a race. Wasn’t it Han Solo who wasn’t a big fan of odds?

Maybe it’s just me, but when ending the story of these last few years of Kansas City Royals baseball it seems fitting that the end should be a team that never says quit and bounced back from a horrible start to reach the playoffs. Maybe I’m a sucker for a good story or maybe the homer in me just believes in this team. No matter which it is, it makes sense to let this play out and see where the Royals end up. It could be a let down or…it could be the storybook ending we all have wished and hoped for.

3 thoughts on “The Royals Debate: Buy or Sell?”