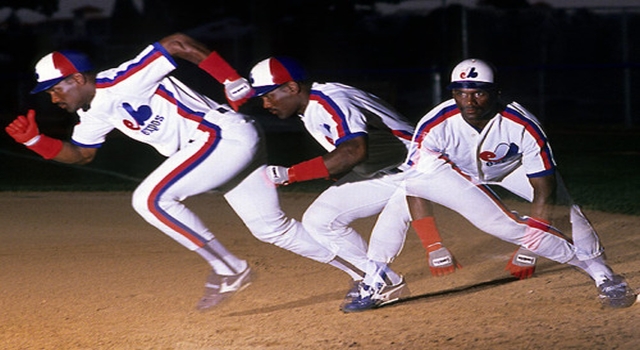 This weekend, baseball honors the greats of the game in Cooperstown, New York, as the induction ceremonies will be held on Sunday afternoon. The players voted in this year are more than worthy but one player in particular will finally take his deserved place in the hallowed halls of Cooperstown. That man is Tim Raines and over the last few years I have been one of the many beating the drum for his inclusion into the greats of the game. If anything, Raines has become a poster child for advanced metrics and increased value in stats revolving around on-base percentage, defense and base running. It took way too long, but are finally to a point where logic has taken over. 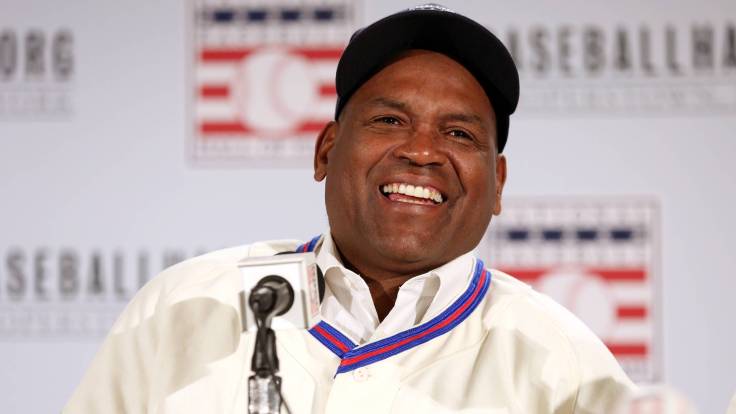 Now, if you are expecting this to be an article slathered with statistics, you are wrong. I wrote in-depth about Raines back in 2013, so if you are wanting to read the argument for his induction click the link. What I will say is that Rock’s argument is pretty simple: he is one of the most proficient base stealers in the history of the game, his on-base percentage is comparable to the great Tony Gwynn, and there for a few years in the 1980’s he was in the argument of being the best player in the game. But Raines ended up falling under the radar, whether it be from being hidden in Montreal all those years or not being as good as Rickey Henderson (which is just as laughable writing it as saying it out loud). Raines numbers are on par with some of the greats of the game…and even I was late to the party.

Call it ignorance or just being out of the loop, I wasn’t even aware of advanced metrics until about 5-6 years ago. Once I was aware, I did research into them and realized it broadened my view of the game and made me pay more attention to the areas of the game that I already valued. I was already a big proponent of walks, realizing they were just as important as singles. To this day I still value great defensive players over guys who contribute very little with the leather. I love watching the players who are five tool guys, which is why I used to love watching Barry Bonds play, but found him boring once he became ‘just a masher’. To this end, statistics like OPS and WAR speak to me more than the numbers we are used to seeing on the back of our old baseball cards. Once I looked into Raines’ case, it became very obvious very early that he was being overlooked and was worthy of a plaque in the Hall of Fame.

Once I realized the mistake that was occurring,  I made sure when Hall of Fame discussions came up to mention Raines as much as possible. My voice didn’t reach as far as a Jonah Keri, but even if it changed one person’s mind it was worth it. Raines and Edgar Martinez became the two players I rallied for the most. Advanced statistics had opened up my worldview and my appreciation for Tim Raines had grown immensely. Most of my viewing of Raines was late in his career, the period where he wasn’t the dominating force he was in Montreal. Now I look at his stolen base percentage, or the amount of walks he tallied throughout his 23 year career and I just shake my head. Raines was under all of our noses and a large amount of baseball fans had no clue just how great he was.

While I loved what the advanced metrics taught me about Raines, the best part of this revelation was being part of a united community. Since I was a kid I’ve long considered myself a “stathead” and pushing the cause for Raines made me aware of how many baseball fan’s had the same sentiment. Knowing that because of extensive research and lots of number crunching led to opening the eyes of voters made it more than worthwhile. I’m sure no actual voter for the Hall of Fame read any of my articles or tweets about Raines, but many saw the effort and time put in by Jonah Keri and were open-minded enough to listen and change their mind on Tim. Brian Kenny was another strong proponent of Raines and made sure to argue his case whenever he could on MLB Network. The fact that so many writers and analysts pushed this agenda for a number of years and had a big enough spotlight to change people’s minds is  more than impressive. To know that this community of like-minded individuals were able to make such a dent in the minds of what is normally a very ‘stuck in their ways’ audience is double as impressive. This movement made a difference and helped to get a deserving player the recognition he rightly earned.

So to say this Sunday will be rewarding is an understatement. Myself, I am super happy that Raines will get to take his rightful place in Cooperstown this weekend and he will get to share that with his family and peers. Over the years, guys like Alan Trammell, Lou Whitaker, Dwight Evans and Bobby Grich have been passed over for election to ‘the Hall’ and one has to wonder if they had the same push and media attention drawn to them they could have garnered the same result as Raines. It will be a joyous occasion at the induction ceremony this weekend, but there is still a lot of work to be done. Edgar Martinez, Mike Mussina and Billy Wagner are just a few names that deserve to be in the Hall of Fame and the push for the next election should begin now.  While all the hard work for Tim Raines paid off, it’s time to push the next cause. There is always a deserving player who just isn’t getting their just due. Remember, the numbers never lie.

Authors note: I have been reading Tim Raines’ new book, “Rock Solid: Life in Baseball’s Fast Lane” and highly recommend it. If you interested here is the link on Amazon. Hopefully when I get it done I will be able to post a book review as well. So far, I am really enjoying it.

2 thoughts on “Getting His Due”