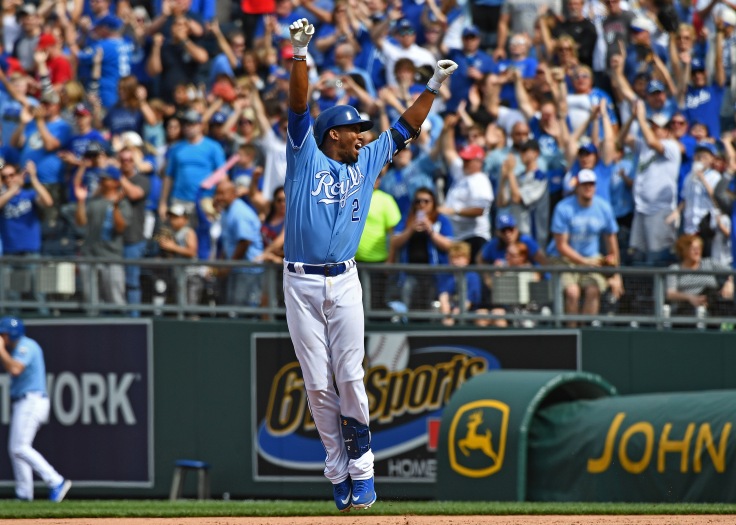 The Kansas City Royals offensive woes have hit levels that no team should ever have to worry about. You’ve heard all the “answers” to their slump: elevate the ball, be more patient, more barrels, etc. But for a slump of this magnitude, I really feel like the Royals need some major out of the box thinking. That’s where I come in, as I LIVE outside the box. So here are some possible solutions to make the Kansas City Royals a fluid hitting machine once more. 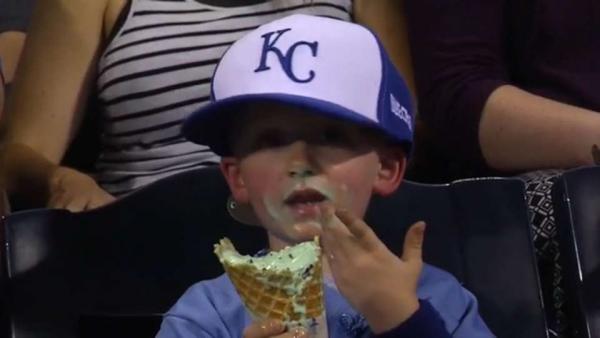 Who doesn’t love ice cream? Everyone loves the cream of ice (#brokenbrilliance), even those of us who are lactose intolerant (we love ice cream but don’t enjoy what it does to us). Find me a person who doesn’t get excited for ice cream and I’ll show you someone who doesn’t like to have fun. A nice get together where the Royals enjoy some frozen goodness seems like a good way to get their mind off their struggles and onto the bottom of the ice cream cone. I can already picture Salvador Perez and Lorenzo Cain, enjoying their cones, while Salvy takes a few licks of Cain’s ice cream while he isn’t looking. There are some downsides to this. For one, while they will be on the sugar high for a while, at some point they will have to come down. You can only hope that doesn’t happen in the middle of the game. Second, ice cream can pack on the pounds which is bound to slow down even the fastest of Royals on the field. Also, Alex Gordon wouldn’t eat a drop; there is no way he is putting any sugar into his system: 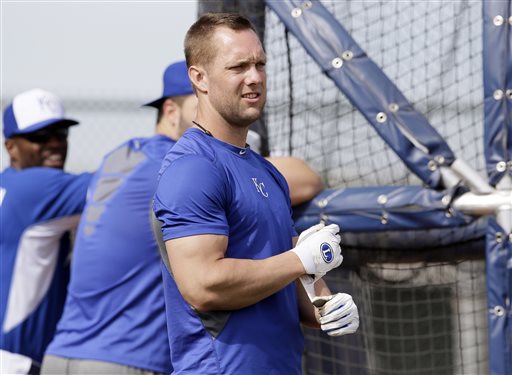 Seriously, you don’t look like this by eating sugar. By the way, welcome to the gun show. 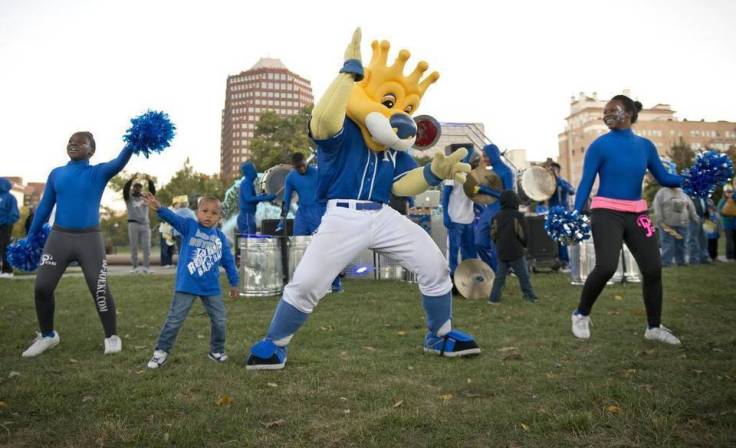 Sometimes you just have to get loose and let the music take over. Some good Royals dancing  could make all their troubles go away as they let their body give in to the smooth stylings of Daryl Hall and John Oates…or whatever the kids are listening to these days. A little electric slide, some Gangnam Style, the funky chicken, even the whip; doesn’t matter what your preference is, as long as you get down and feel the beat. Personally, Brandon Moss seems to be a pop and lock kind of guy. Luckily, Royals fans know how to get down as well:

It’s obvious Salvy has some rhythm as well:

The only issue that could arise with a dance party is someone pulling a hammy or even worse, a stage dive that goes awry. Yes, I’m looking at you Eric Hosmer. 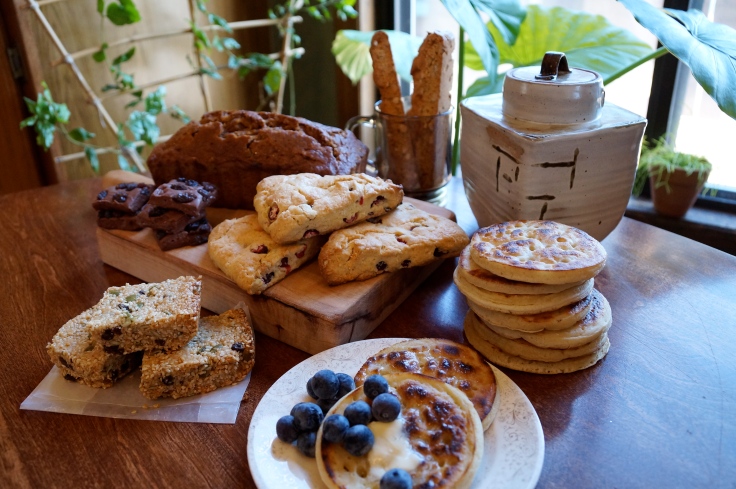 While this might feel a tad dull and boring, it also can be a nice, relaxing way to spend an afternoon while not dealing with the doldrums on the field. A nice spot of tea with some tasty crumpets? Indeed and splendid. You just hope no one gets in a big hurry and decides to drink their tea before it cools down a bit; with Alcides Escobar’s patience at the plate, I assume he has the same patience when it comes to his tea. No need to burn the roof of your mouth just to get some refreshing tea. 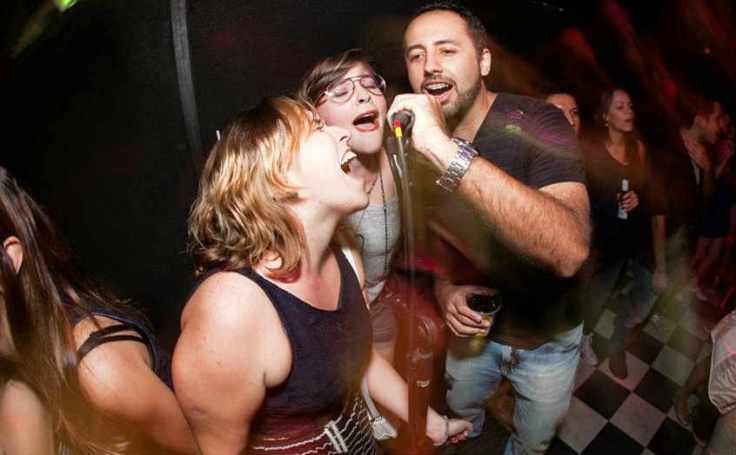 A Night of Karaoke

Look, there is a reason that most of us don’t have recording contracts: because we can’t sing. Ball players are no different, but sometimes you just have to belt out your favorite tune while other’s eardrums bleed. There will be classic tunes chosen: ‘Livin’ on a Prayer’, ‘Hungry Like the Wolf’, ‘Ice Ice Baby’ and anything else that can be made worse by people thinking they can sing…and dance.

Worried about the amount of pitches you are swinging at outside the strike zone? No worries when you know all the words to ‘Bohemian Rhapsody’ but can’t carry a tune to save your life. This would be a good choice for the Royals, although they would probably only sing from the Fetty Wap catalog. 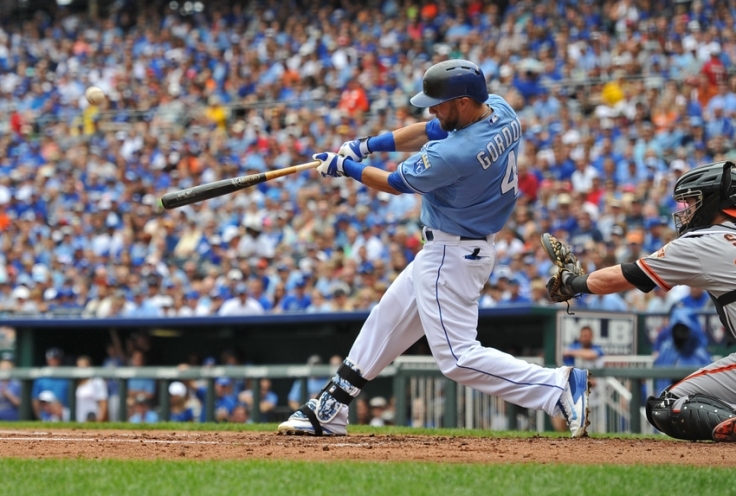 Hitting the ball hard…in a game

I know this sounds crazy, but hear me out on this. Maybe…just maybe…if the hitters started, I don’t know, hitting the ball hard consistently, they would score more runs and win more games. They could do stuff like this:

and I’m not opposed to this:

Look, call me crazy but I don’t believe the Royals forgot how to do this. All they need is a bit of a refresher course on ‘Making it Happen 101’. 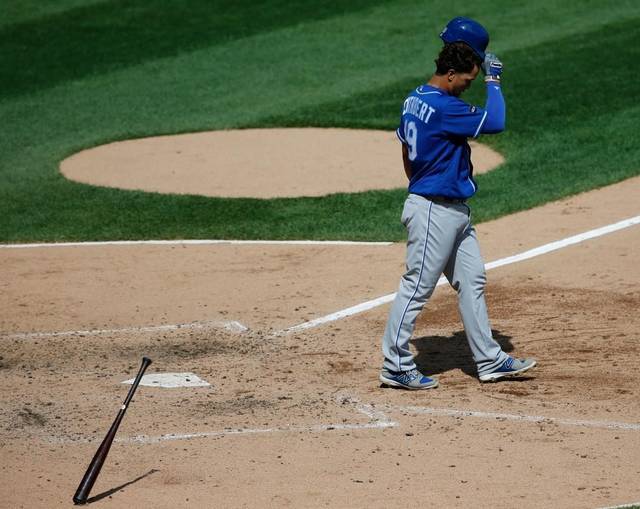 Look, we can throw out ideas all day for Kansas City’s offense, but the bottom line is the team needs to decide on a solid game plan and stick to it. There is some stressing and pressing going on right now and a good relaxer would probably help a ton. I would mention a night at a ‘Knocker Locker’ but that turned out badly for the ladies back when Bruce Chen was involved. I’ve even considered voodoo, but considering the “rumor” of Ewing Kauffman selling his soul for a world championship and the Royals proceeding to not win another one for 30 years, I think we’ll pass on that. It’s time to wake up the bats, boys; whatever it takes, do it. Much like ‘slump-busting’, just don’t tell anyone how you did it. There is no need to mention where the bodies were buried.

4 thoughts on “Unearthed Solutions For the Royals Offense”