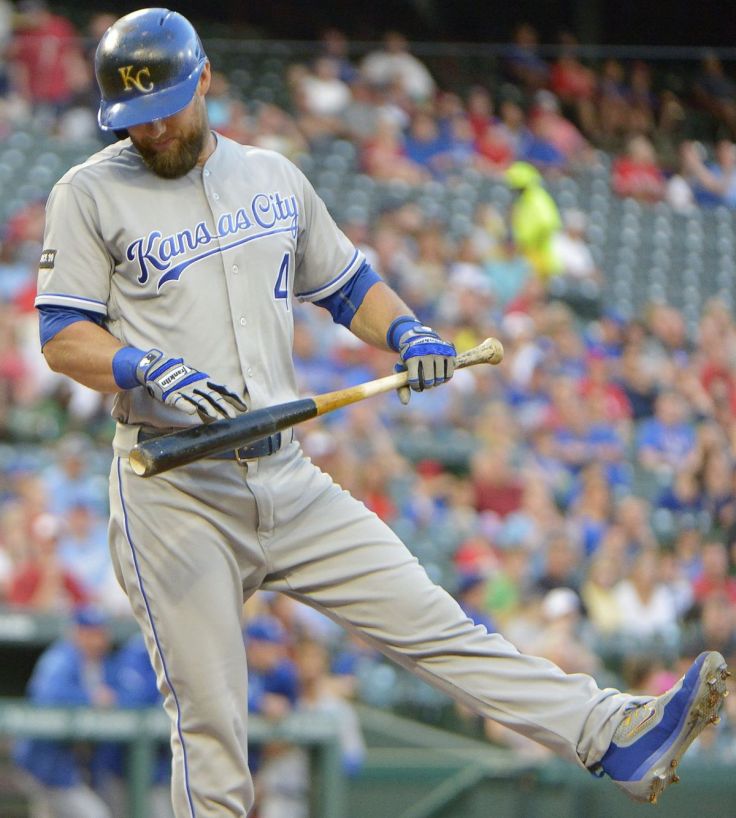 It’s highly doubtful that anyone would have predicted that the Kansas City Royals offense would be as pitiful as it has been 18 games into the 2017 campaign. In fact, the stench wafting from the Kansas City offense has become so heavy that it has raised a whole slew of questions moving forward: Who needs to sit? Who should get sent down? Who should be called up? When will Jorge Soler be ready? When will the first player be traded? It feels like they go through these offensive droughts on a yearly basis because…well, because they do. We all remember July 2016. We remember the new batting coaches the team employed in back to back May’s, including hiring George Brett  to help out. This team has been notorious for its offensive struggles, but the timing this year is worse, as it will be the final year of its main core of the lineup; in fact, if things don’t change, guys like Moose, Hos and LoCain could be dealt before we even get to the trading deadline. So just how bad is it?

Let’s start with a few numbers to break down how comatose the bats are. The big stat that has been thrown out there is the team’s batting average with runners in scoring position: .153, last in all of baseball. It doesn’t get much better with two outs and runners in scoring position: .102, which earns them last in the American League. Last in runs, last in RBI’s, last in slugging percentage, next to last in on-base percentage,  last in wRC+, and next to last in WAR…and this is for all of baseball, not just the American League. The struggle is real and floats all the way down the lineup; here is the regular lineup (or at least what has been the most used lineup) and their individual wRC+, with league average being 100:

Three starting players are above league average and the rest are way below that line. In fact, two players sit in the negative column and both of them (Orlando and Mondesi) were sent to AAA last week. Sure, Cain and Moose are hitting good and getting on-base, but does it matter when no one can drive them in? It doesn’t help that the team has hit into 18 double plays, which amazingly is only the 6th most in the AL. But that 18 hurts more when you factor in how little this team is getting on base in the first place, which means they seem to be killing any rally that gets started. So with the numbers glaring us all in the face, one has to ask the question–what is causing this slump?

There is no bigger factor than looking at what pitches the Royals are swinging at. So far this year, the batters are swinging at 34.3% of pitches outside the strike zone, leading the AL. Fascinating enough, the team is also swinging at 70.2% of pitches within the strike zone (tops in the AL), which means this team is swinging at almost everything being tossed up there. The sad part is that they are only making contact 75% of the time, which earns them 2nd worst in the American League behind only Tampa Bay. The Royals are swinging and missing at pitches 12.5% of the time, the 2nd highest in the AL as well. This shouldn’t be too surprising to long time fans, since this has long been a  ‘put the ball in play’ team who rarely takes a walk. The problem is a lot of the times they just aren’t putting the ball in play and that is killing their offense in the process. In an interesting side-note, the team actually isn’t last in walks so far in 2017, as they have walked 47 times, which sits them in 13th place in the AL. I bring this up for one very big reason: teams that walk more often can power through slumps easier if they are patient and get on base with a free pass rather than get a hit. Because the Royals aren’t a team that walks, their slumps appear worse since they aren’t utilizing their patience the way they probably should. Remember folks, a walk is as good as a hit, and in many cases it also means you are driving the pitcher’s pitch count up. In my mind, that is a win-win situation.

The other factor that is hurting the offense is how they are hitting the ball. The Royals have the highest soft hit rate in the AL so far this year (23.8%) while racking up the third lowest hard hit rate (26.6%). Kansas City just isn’t hitting the ball hard and it is showing in the offensive output. The team has put a stronger emphasis on hitting for power this year, but it appears to have backfired, or at least it appears that way in the numbers. The Royals have the 4th highest pull percentage in the league (42%) yet their line drive rate sits at only 20.3%, which is 8th best. The team’s HR/FB ratio sits at 10.7% (10th in the AL) while their fly ball rate sits at only 35.1%. This team hits the ball on the ground way too regularly, as their ground ball to fly ball ratio is the 5th worst in the league (1.27, only .41 behind the Angels, who have the worst). The most alarming stat among these numbers is the infield fly ball rate, which is the second worst in the junior circuit (13.4%). The whole name of the game right now in baseball is elevating the ball, yet there is such a thing as bad elevation. The Royals appear to be doing that and there is no Royals batter who is averaging above 90 mph in exit velocity so far in 2017. It’s very obvious what Kansas City would benefit from; more hits off the barrel of the bat and less swinging on a downward plane. It is easy to say, but not as simple to do. 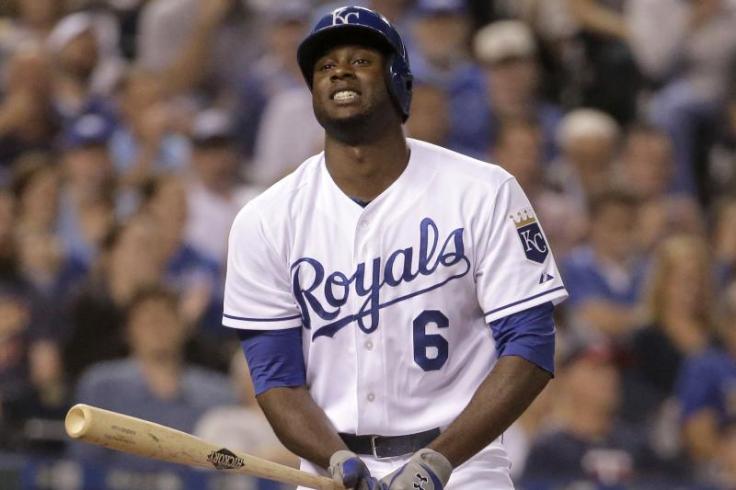 So can the offense pull out of this? Of course they can. As we sit here on Monday, the Royals have only played 11% of their games, so there is more than enough time for the offense to turn things around. In fact, in year’s past we have seen Kansas City do just that. The issue is that if things are going to turn around, it needs to happen sooner than later. The worst case scenario is for the bats to stay cold and the team decides they aren’t in a hunt for a playoff spot. If that happens, there is a good chance a few of the impending free agents could be available on the trade market. This is worst case, but very real as well. Do I believe this Royals team is this bad at the plate? No. Are there issues that need to be addressed? Obviously. If the team could swing a little less, be a bit more patient and drive the ball more, good things will eventually happen. The only question becomes ‘how long will that take’? Hopefully we have an answer soon, as in this week. The last thing we want to see is Kansas City continuing to struggle offensively into May.