This past Sunday, Major League Baseball announced the starters and reserves for the upcoming All-Star Game in Washington. In year’s past the fan’s choices for the starters have been a bit questionable while any omissions were fixed when the reserves were announced.

The last few years have seen a big 180 degree turn, as the fans have been almost on point with their selections while the players and coaches have seen some interesting choices made when it comes to roster structure. In that vein, some giant questions were thrown up this past weekend when Salvador Perez was selected to be the Kansas City Royals lone representative next week.

It’s very obvious that Perez was chosen off of reputation more than anything. Perez is a four-time Gold Glove winner, a recipient of the Silver Slugger Award back in 2016 and will now be an All-Star for the sixth consecutive year. But his numbers are not those of someone deserving of the honor, as he is only hitting .213/.255/.378 this year, with 11 home runs, 34 RBI’s and bWAR of 0.6. These normally aren’t the statistics of someone traveling to appear in the mid-summer classic, especially when someone else on the Royals roster is probably a bit more deserving.

Whit Merrifield has been putting together another banner year for Kansas City, hitting .303/.369/.427 with 2.7 bWAR, an OPS+ of 120 and 6th in the American League in stolen bases. Whit is not only leading the team in WAR, but is third in the league among second basemen and sixth in all of baseball at the position. Even better, Merrifield is doing all this while rotating around the field, as he has played at four different positions this year (including DH).

So what was apparent to all of us was that Merrifield really deserved the honor rather than Perez. But when it comes to structuring the rosters for each league, it doesn’t always come down to just who has the better numbers as much as how many players are viable options at each position. This was very apparent at second base, where Jose Altuve of Houston will be starting while Gleyber Torres of New York will be his backup.

In fact, second base has been pretty stacked in the American League this year, as not only would Whit have been a worthy recipient of a spot, but so would Jed Lowrie of Oakland or Daniel Robertson of Tampa Bay. Meanwhile, catcher has been a position with less productivity and appears to be a harder group to choose from when it comes to reserves on the All-Star squad.

The other factor when looking at the All-Star situation is making sure that every team is represented on the roster. This can make structuring the roster even harder, as teams that are struggling normally don’t have a lot of players to choose from who are having exceptional years. If they did, they probably wouldn’t be a losing team.

You might be wondering how the players decide some of the reserves for the game. Luckily, we have that covered:

MLB players get to vote as well, electing eight position players in each league, plus the designated hitter in the AL. The top vote-getter at each position earns a spot here. In the case that the player vote winner matched the fan vote, the player with the second-highest vote total from the players gets the spot.

Simple enough. To be honest, all this factors into why Salvy was voted in. He is a player who is well-respected within the game, loved by both fellow players and the fans. In fact, that also plays into why he was voted in by the players. 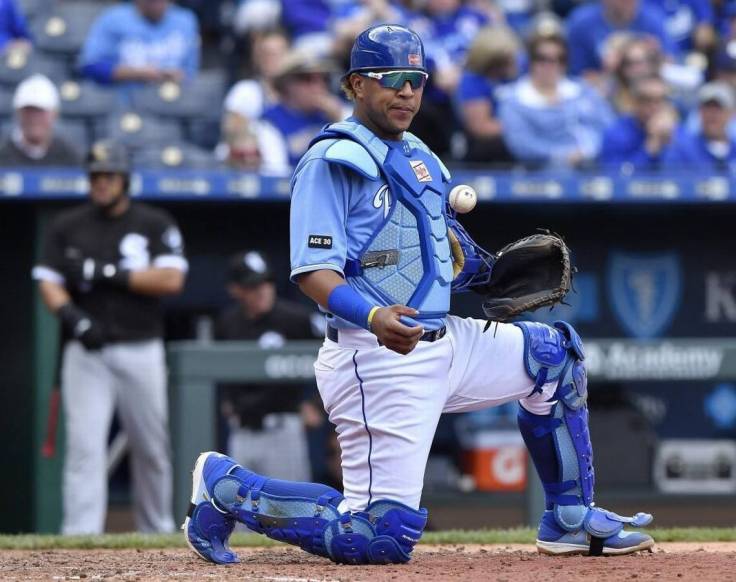 When you think of the All-Star Game, you think of some of the biggest names in baseball. It is baseball’s chance to trot out their best and brightest and have them battle against each other for a national audience. While the numbers don’t vouch for Salvy’s greatness, within the game he is considered one of the elite at his position, down year or not. The players recognize his past accomplishments and to them he is a name worthy of being on this stage.

You can argue that the down year would disqualify him for selection, but if we are really talking about the best the sport has to offer, Salvador Perez is a recognizable name that carries weight. It’s probably a good thing to remember that this game is officially an exhibition, nothing more and nothing less. The game doesn’t count (I know someone would say it used to, but it really didn’t) and in fact by the middle of August most people have forgotten what even happened in the game.

That doesn’t take away the enjoyment and fun of seeing players getting to represent their teams and play against the best of their peers. It just means that sometimes while we as fans take these selections super serious, it’s also okay to acknowledge that it is just a fun getaway in the middle of the season. Think of it as a chance to relish in the greatness of the game.

So while Whit Merrifield is worthy of a spot on this roster and is easily the Royals best choice, it’s not a bad thing that Salvy was selected. Who knows? Maybe by the time we reach next Monday, Merrifield would have been added to the roster to replace someone who is either hurt or unable to play. In that case, he would be chosen to a spot we always thought he was worthy of. No harm, no foul.

So rather than tear down why Perez is there or why Whit isn’t, let’s enjoy the fact that someone from this Royals team gets to just be a part of the festivities. With the way this season is going, we are better off taking any happy moment we can get.