While last week was a big week for free agent signings for the Kansas City Royals, it ended on a bit of a sour note, as outfielder Jorge Bonifacio was hit with an 80 game suspension for testing positive for a performance enhancing substance:

Jorge Bonifacio has been suspended 80 games for performance enhancing drugs by MLB. That clears up the outfield situation a little bit.

The suspension comes on the heels of the Mike Moustakas signing, and throws out a number of questions as the Royals creep up on Opening Day in a couple of weeks. 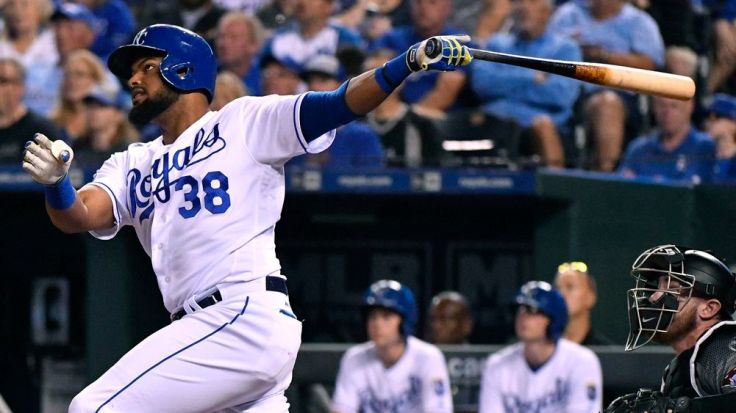 Bonifacio tested positive for Boldenone, an anabolic-androgenic steroid intended for use in the cattle and horse industry. The drug is one that is easily detected and can be found in one’s system months after use. Luckily for Bonifacio, it appears as if he has maintained support from the Royals front office:

GM Dayton Moore on the suspension: "This obviously [is] a very disappointing situation for the Royals, our fans and Jorge. He is an incredible person who simple made a mistake. Jorge will have our full support as he deals with the consequences."

Boni also made apologies immediately after the suspension was announced:

Jorge Bonifacio: “I made a mistake and take responsibility.” He also apologized to the fans, coaching staff, GM and owner.

The suspension is a blow to a team that was ready to give Bonifacio as many at bats this year as possible, as the team looks to see just what they have with a number of their younger players. Combined with Jorge Soler and Cheslor Cuthbert, Royals management was hoping to get “400 to 500 at bats” each out of those three players this season. The suspension throws a bit of a monkey wrench into those plans but maybe that is not a bad thing.

While the Royals were counting on Bonifacio, this also clears up a bit of a logjam in the outfield/DH battles that have been going on this spring. With Soler, Cuthbert, Paulo Orlando, Michael Saunders and Bonifacio basically fighting for time at two spots, knocking out Boni for half the season eases up some playing time. There’s a good chance Soler will see most of the time in right field while DH could end up as a revolving door (which I will get into more next week). It wasn’t the cleanest way to fix the playing time issue, but it will help make things a bit easier for manager Ned Yost. 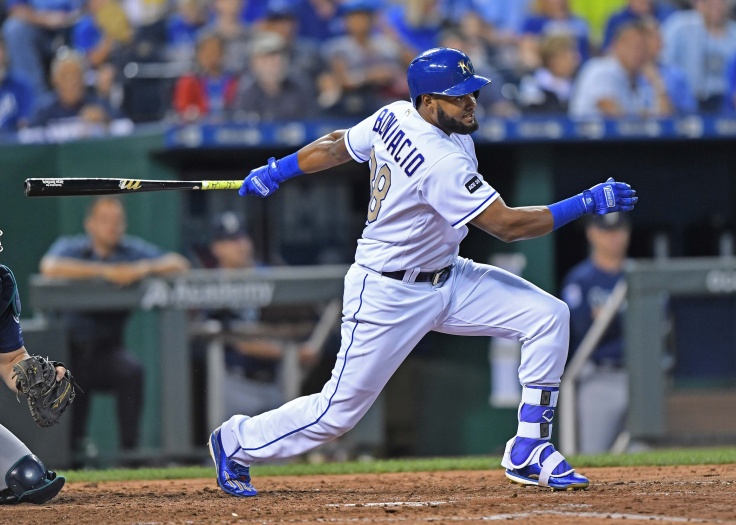 The one question I had when the suspension was announced was how long Dayton Moore had known about it. One would assume that Moore is informed about something of this magnitude ahead of when it is made public, so that brings up the thought running through my head: Did Moore know Bonifacio was being suspended before they opened negotiations with Mike Moustakas? If he knew, you could see a scenario where Moore felt they needed another bat to help fill Boni’s spot and reached out to Moose to fill the void. In fact, that would almost make more sense than just the Royals and Moustakas trying to get a deal done. I’m not saying the Royals wouldn’t have been interested in a reunion before knowing of the suspension; obviously there was interest. But I can also see where if Moore knew Bonifacio was missing 80 games that it would make sense for the Royals to beef up the offense. It doesn’t matter either way, as the result is Moustakas back in royal blue, but it is an interesting tidbit to think about, since the news of both came in about a 48 hour period.

Most importantly, this is a big step-back for Bonifacio. He will be entering his age 25 season and made some big strides in 2017. 2018 was supposed to be his chance to show he deserved his spot as a starter in the Royals outfield; instead, he will get half a season to try to erase any bad feelings that are left after the suspension. While this is a dumb move, it is one that probably hurts Bonifacio more than anyone. The Royals will get a chance to see other players and give an opportunity to someone who might not have had that chance before this news. While the Royals have done nothing but be supportive, there has to be some re-evaluating going on as we speak to not only Bonifacio but also his future with the team. The good news for him is there are no immediate outfield prospects in the Royals system that are close enough to take his spot and he will be given a chance when the second half of the season rolls around. While the mistake will be felt by Boni for a while, it is not one that is a deal-breaker. The mountain is tall, but it is still  climbable. Because of his poor decision, he now has to do things the hard way. I don’t know about you, but I’m rooting for him to overcome this.