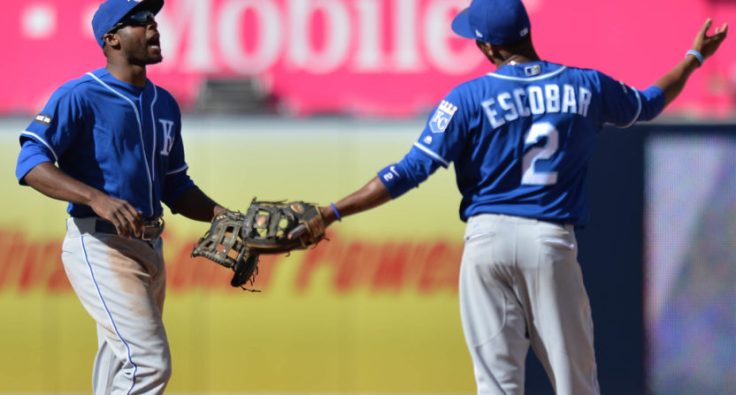 In a span of less than 24 hours, Kansas City Royals fans felt a mixture of pain, sadness, joy and confusion. Thursday night we finally found out the destination of Lorenzo Cain, as he signed a five-year, $80 million deal with the Milwaukee Brewers. Many of us felt sad for the finality of Cain finally being gone, but also a sense of pride as he flourished during his time in Kansas City and had become one of the more productive center fielders in baseball. Then Friday morning, news broke that the Royals were close to a deal with Alcides Escobar, which left fans…well, confused to say the least. So what do these moves mean for the Royals (and the Brewers) moving forward?

First, lets look at the LoCain contract, which actually looks to be a pretty good deal in what has been a very slow market:

Tom Haudricourt of the Milwaukee Journal-Sentinel reports that Cain will earn $13MM in 2018, $14MM in 2019, $15MM in 2020, $16MM in 2021 and $17MM in 2022 (Twitter links). He’ll also receive an additional, deferred payment of $1MM in each of the five years following the contract’s conclusion. The no-trade provision offers complete protection in year one of the deal and limited protection each season thereafter, dropping down to five teams in the final year of the contract. More specifically, MLB.com’s Adam McCalvy adds that Cain can block deals to 15 teams in 2019, seven teams in 2020 and five in 2021-22.

The biggest takeaway from the deal appears to be that Cain gave up a higher rate of money per year with other teams so he could get the fifth year of this contract. To be honest, I don’t blame him. Cain will be entering his age 32 season this year and with his injury history it would appear his value could be hurt if he had taken a smaller year total. The good news is that the Brewers have a couple of young outfield prospects and as long as they don’t go and trade Keon Broxton for pitching, more than likely he will eventually take over center field and move Cain to right. I would be really surprised if Cain was still a center fielder by the end of this deal, since the final year of his contract will be his age 36 season.

It also puts him back onto a contending team, as the Brewers showed in 2017 that they are getting closer and closer to being a threat in the National League Central. Cain would appear to be a player to lean on (or lean back) when October rolls around, as he is one of the few on the Brewers roster with postseason experience. Considering that teams like the Giants, Rangers and the Blue Jays were showing interest in him earlier in the winter, returning to Milwaukee (the place where his career began) looks to be a win/win situation for LoCain thanks to their role as contenders and what he got out of the contract. 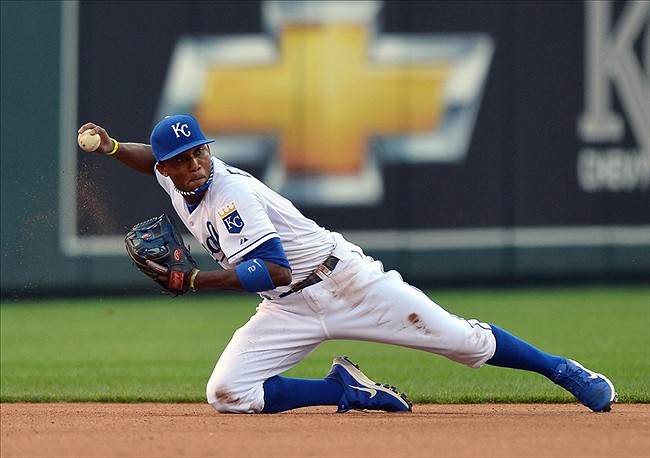 Before we could even digest the Lorenzo Cain news, reports started trickling out that the Royals were working on bringing Alcides Escobar back into the fold. It wasn’t long until an agreement had been made:

Alcides Escobar's deal with the Royals is for $2.5 million.

So Escobar is back on a one-year, $2.5 million deal. The next question most of us were asking is whether Esky starts or if Raul Mondesi was still the front-runner at shortstop this year:

Dayton Moore confirms the Royals still are working on the Alcides Escobar deal. Not at the finish line yet. Dayton also said it would be a short-term contract but that Esky would play "a lot of shortstop." Raul Mondesi likely would be moved around or start at Omaha.

To say Royals twitter handled this news well…that would be false. Yep, most fans lost their mind. To a degree I get it; Escobar has been a below average offensive player throughout his major league career (his highest OPS+ was 96 back in 2012) and he is infamously known for being a free-swinger, posting a 3.9% walk rate throughout his career. While his defense has been good (he ranks sixth among Major League shortstops in Ultimate Zone Rating (+18.5) over the past seven seasons), there has been a slight shift in just how good he is these last two seasons, as he posted an UZR of 0.8 in 2016 and 1.9 in 2017 (after averaging 3.1 UZR over the previous five seasons, including years of 9.6 and 10.9).

But the bigger question is what happens with Mondesi? On the surface it would appear that the Royals have their concerns about Raul (which it turns out is accurate) and bringing Esky back is an insurance policy in case he struggles. It looks as if Escobar will be the starter and Mondesi will either float around at different positions or return to AAA for another season. With the Royals rebuilding, it makes sense to let Mondesi go out and just play, but it feels like Kansas City just doesn’t have that kind of confidence in him. That is where Escobar fits in. 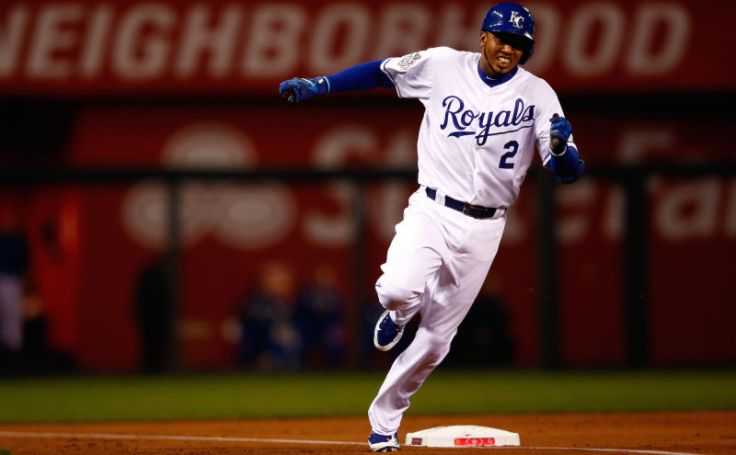 To be honest I wasn’t surprised by the signing and even predicted it a couple of times since October. First, my comments at the end of the season:

Even just a few weeks ago, it seemed obvious that Esky would be back:

If the Moustakas market feels cold, then Escobar’s is Antarctica. To say the rumors of interested teams for Esky is limited would be an understatement. There’s the Padres, who showed interest in him before acquiring Freddy Galvis to play shortstop, and then there are…ummm…there is also the…uhhh…no one. Nope, I haven’t seen any other team linked to Escobar this winter, outside of a few writers suggesting locations that might need him. The honest truth is that Escobar has been a weak hitter these last few years who has gotten by on his defense…which has begun to regress. So it shouldn’t be a shock to say that the market for a light hitting shortstop, entering a period where his defense and speed will start to wane as well, is sparse. There aren’t many options for Alcides, so at this point he might have to just take what he can get, even if it is a role as a backup mentor on a rebuilding team.

So I wasn’t outraged when I heard the news on Friday. In fact, I’m not opposed to the signing at all. For one, it is only a one-year deal for a minimal amount of money. It’s not like the Royals opened bank for the guy. Second, with the team rebuilding, Escobar is a nice veteran that can be a mentor to some of the younger players, including Mondesi. Finally, if the organization is this concerned about Mondesi and his future, they might not even look at him anymore as the future shortstop. In fact, after the season Nicky Lopez had in 2017 it wouldn’t surprise me if he had jumped over Raul in the shortstop pecking order. If this is the case, signing Esky for one year is not a bad deal at all. We can discuss his actual value all day long (and to be frank about it, the Royals value him way more than any other team does) but it’s not like the team is going anywhere of substance in 2018; it’s one and done for Escobar…I think.

Baseball is a business and sometimes as fans I think we forget that. While most of us hate the idea of Lorenzo Cain putting on another uniform, I understand the process for the players and don’t blame them a bit. Cain’s absence will leave a big hole in center field for the Royals that will not be easily filled. While many will hate it, getting Escobar back for one more year also isn’t the end of the world and seems to be a short-term solution to the bigger picture at shortstop. Expecting him to be much more than a placeholder is probably wishful thinking and I’m already expecting articles being written mid-summer this year about how he should be displaced…and to a degree, it will probably be warranted. When one door closes, another one opens with a new opportunity. That is what we are seeing with both Cain and Escobar. Next up? Hosmer and Moustakas. No one said this would be easy.