It is very interesting times for the Kansas City Royals, as a team that once looked to be holding down the fort in the basement of the American League Central has now propelled themselves back into the playoff discussion, as they sit at 32-34, 3 games out of the lead in the division. Maybe the realization has finally hit me that the Royals are slow starters and don’t really start heating up until late May/early June. So what has changed? Quite a bit and in some ways it is just the status quo for a team that never says die. 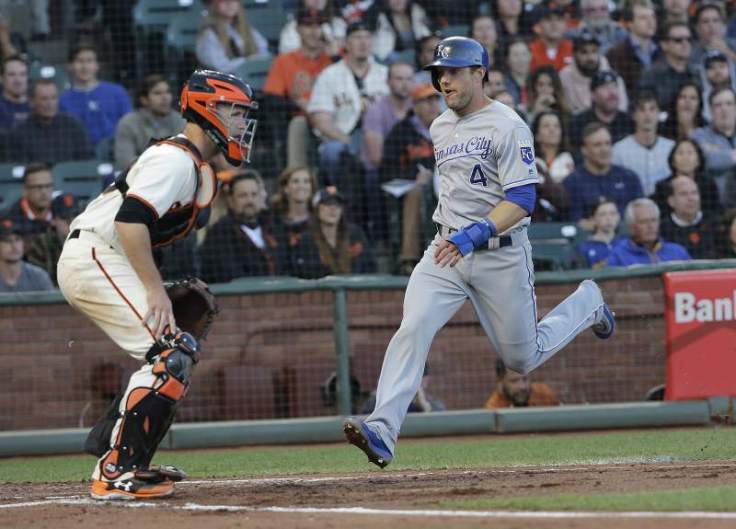 …And the Line Keeps on Moving

The Royals in June are a force to be reckoned with, going 10-4 after heading into the month at 22-30. The most noticeable difference for this team lies in the offensive numbers, which make the team look like a modern version of “Murderer’s Row”. Let’s analyze by going off wRC+, which is park and league adjusted, and league average is 100: anything above that is the percent higher than that average. Hope everyone is sitting down:

Maybe the most encouraging number here is Gordon’s, and I don’t just say that because of my loyalty to “A1”. Nothing is more frustrating than having to admit that one of your favorites might be regressing at a faster pace than expected, but I had started wondering about his slump earlier this season. It appears some work has been done as he prepares to load his swing and it has caused a resurgence of the Alex of old. So far in June, Alex has a line of .275/.396/.600 with 3 home runs, 4 RBI’s, 10 runs, a .325 ISO (isolated power), a .404 wOBA (weighted on-base average, designed to measure a player’s overall offensive contributions per plate appearance) and 0.6 fWAR in just 12 games. If the Royals are wanting to be serious contenders, they need Alex to help carry a portion of the load and perform closer to his numbers in the 2014-15 seasons. A large chunk of the lineup has gotten hot as well and it shows in the team numbers. So far this month, the Royals are hitting .299/.339/.513 with a wRC+ of 122, 2.45 WPA (Win Probability Added), and 3.3 fWAR. I don’t expect Kansas City to keep up the pace they have been on during this jaunt on the West Coast, but if they can find a happy medium where they keep elevating their runs per game (currently up to 3.98, 27th in baseball) and just keep the line moving offensively, it could make for a fun summer. 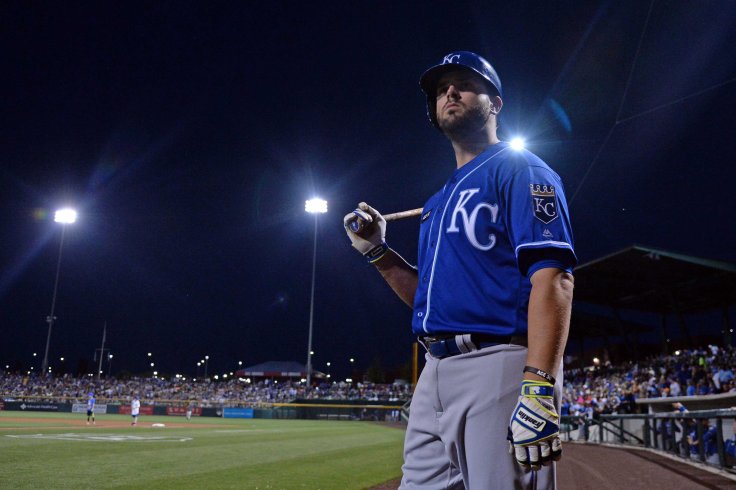 Speaking of the offense, the big talking point for most Royals fans is the home run pace that Mike Moustakas is on. For us Kansas City fans, there is a number that has haunted us for 32 years: 36. That is the Royals single-season home run record, held by former Royals first baseman Steve Balboni. He accomplished this feat back in 1985 and outside of a Gary Gaetti here or a Jermaine Dye there, no one has gotten close to the record. That being said, we are 65 games into the season and Moose sits at 18 home runs hit, halfway to “Bye-Bye”‘s record. At his current pace, Moustakas would reach 45 homers, annihilating the record and making it even harder for anyone in the future to topple. As a fan who remembers Balboni and has discussed at length this record for years, it is time to see it broken. Do I think Moose can beat it? Most definitely. Moose’s pitch selection has improved dramatically this year and his HR/FB rate is at 20.9%, the highest he has seen since 2010 in Double A (the year he hit 36 combined home runs in Double and Triple A). If there was ever going to be a year for the record to fall, this is it. You just have to hope that the Royals stay in the race so Moustakas isn’t dealt to a team like Boston before the trade deadline (yeah, I know. It’s very specific). I’ve spent years mentioning Steve Balboni in random conversations. I think it’s time to change the trivia answer.

The Search for a Stopgap

With Danny Duffy on the shelf for at least the next month, the Royals have been hoping for a young arm to step up and fill the void for a bit. Eric Skoglund had a memorable first start at Kauffman Stadium, but since then has struggled to get through two innings. On Thursday night, Matt Strahm was plucked from the bullpen to take Skoglund’s place and showed why the Royals have envisioned him being a starter in the near future. Strahm went 5 innings, allowing 3 hits, 1 run (0 earned), with 3 punch outs and 1 walk. Strahm was on a limited pitch count of 65-70, throwing 68 when it was all said and done. It was an admirable performance and one has wonder what that means for the Royals if he is able to keep it up. Where is Strahm’s arm more valuable-the pen or the rotation? With the performance of Mike Minor and the need for quality innings out of their starters, I would almost lean toward Strahm staying in the starting five if he is able to maintain the performance of his first start. That would give Kansas City another starter while letting them focus on picking up a bullpen arm for the stretch drive (if they are still contending in a month). Skoglund still interests me, but for the moment it appears Strahm might be the better way to go.

Over the last month, an interesting development has sprouted up in Omaha, the Royals Triple A team. Former 1st Round draft pick Bubba Starling, the man from Gardner who many had started writing off, has found his groove. The numbers don’t lie:

Bubba is what the kids call “en fuego” and maybe the most interesting aspect of this turn of events is how he got here:

So the guy who has been “Major League ready” defensively for years might have actually figured out something offensively, opening up a whole other conversation when it comes to the Royals future outfield. I would still like to see him continue this for a while longer before jumping too far ahead but there are numerous encouraging signs:

Bubba Starling heat maps. On the left is April. On the right is since May. pic.twitter.com/W3xn2WhQYU

Reports have also came out that Starling has started spraying the ball the opposite way more often, as teams had gotten into the habit of putting shifts on him. If this is something Starling can maintain, we could be discussing an outfield of Gordon, Bubba and Bonifacio next year, with Soler as a DH/OF. I’m not saying this is locked into stone, but it is an encouraging sign from a player that has struggled with the bat almost his entire professional career. Maybe, just maybe, that draft pick won’t feel as daunting as it has felt the last six years.

While the Royals are still under .500, they’re within shouting distance of the first place Twins with slightly less than 100 games left to play. I said a few years ago I wouldn’t doubt what this team is capable of doing and even today I’m not going to start doing it now. The Royals have Boston and Toronto awaiting them next week and hopefully they can continue to roll the trifecta (effective offense, solid pitching, great defense). We are entering the dog days of summer and the Royals might have just found that other gear. It’s time for that one final run we’ve been promised.

One thought on “Notes of Royalty: West Coast Swing”