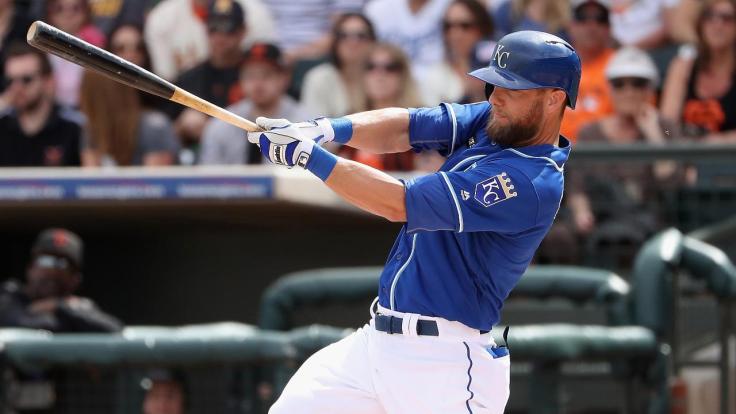 2017 was supposed to be a comeback year for Alex Gordon, a year where he could prove all his skeptics wrong and show that last year was an outlier for him. Gordon struggled throughout 2016 and while some attributed it to the hand injury that occurred last May, others felt like his regression had begun. Players in their early to mid 30’s normally see a drop off in their production and it appeared that might just be the case for Alex. But this offseason, Gordon worked out like a fiend, hoping to be the phoenix rising from the ashes. Instead, this year has been one of the most frustrating seasons of his career, as he is hitting .152/.264/.192 through 35 games has yet to hit a home run and only 5 extra base hits (all doubles) to his credit. Last year I looked at some of his issues: little did I know we would have to do the same thing this year. So lets once again ask the question-what is wrong with Alex Gordon? 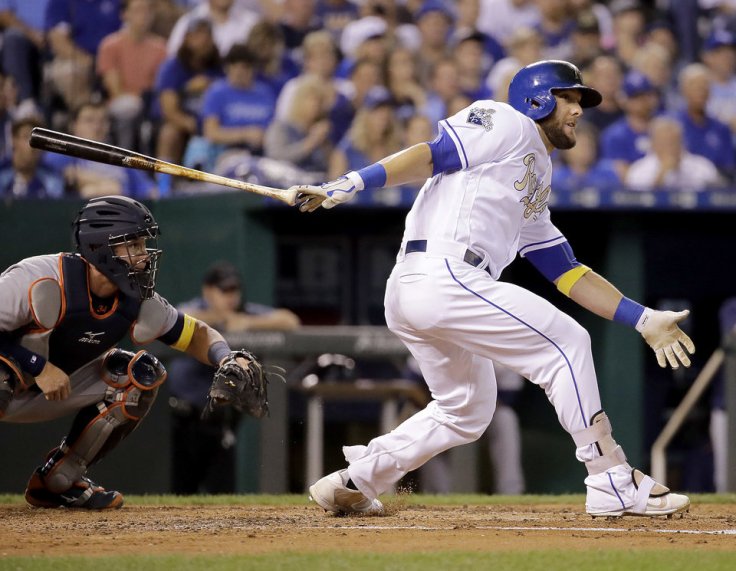 One of the big issues last year with Gordon was an increase in his strike outs and him swinging at more pitches outside the strike zone. So far in 2017, Gordon’s K rate has slid back down to normal levels (20.8% compared to last year’s 29.2%) while his O-Swing % (which is the percentage of pitches swung at outside the strike zone) has fallen to 24.8%, down from 27. 4%. The interesting part is that Alex is making more contact on pitches both inside and outside the zone (53 O-Contact %, 88.1 Z-Contact %), which also means his contact rate has increased as well (78.3%, up from 71.9% in 2016). With his strike outs down, this makes sense and is actually back on par with the previous five seasons before 2016. So a big part of his problem last year has been addressed and fixed; if that is the case, what has negatively changed since last year?

Digging a bit deeper, it doesn’t take long to point at a few problem areas for Alex. One, his soft hit rate is up this year, sitting at 20% (16.1% in 2016) while his hard hit rate is down (28.4%, compared to 36.9% last year). If you have watched the Royals at all this year, it won’t shock you in the least. Line drive and fly ball rates are down (19.1 and 27.7%, respectively), while his ground ball rate is up (53.2%, a big increase from last year’s 37.9%). Once again, not shocking if you have watched him at the dish this year. What did surprise me a bit was that his pull rate was down; I was certain that he had been pulling the ball much more this year in year’s past. Instead, it is down to 41.1% while his opposite field rate is also down to 16.8%. This means he has been hitting the ball more up the middle (up 10% to 42.1%), which is normally a good thing. Unfortunately, quite a bit more shifts have been put on Gordon this year and a number of line drives that he has hit up the middle have been hit directly to a fielder, normally the shortstop who has shifted over to behind the second base bag. It is a bit surprising to see that he has hit the ball to the opposite field less, especially since he is a better hitter when hitting it to left-left center field. One would think if he got a few more hits to the opposite field, it might cause him to get out of this funk and compile a few hits to help his cause.

Next, we take a look at the variety of pitches that he has seen since 2016. Now, it is still early in the season, but far enough into it that we can see a pattern forming. First, here is the percentage of pitches seen:

Next, the swing percentage of pitches thrown at him during that span:

From the numbers, it is evident that Alex is swinging at more hard and off-speed pitches and less at breaking balls. What is different this year, has been that while he has been more patient with breaking balls, he also has a greater chance to swing and miss at those pitches (39% whiff/swing with breaking balls). In fact, his whiffs per swing on breaking balls has picked up tremendously since 2015: 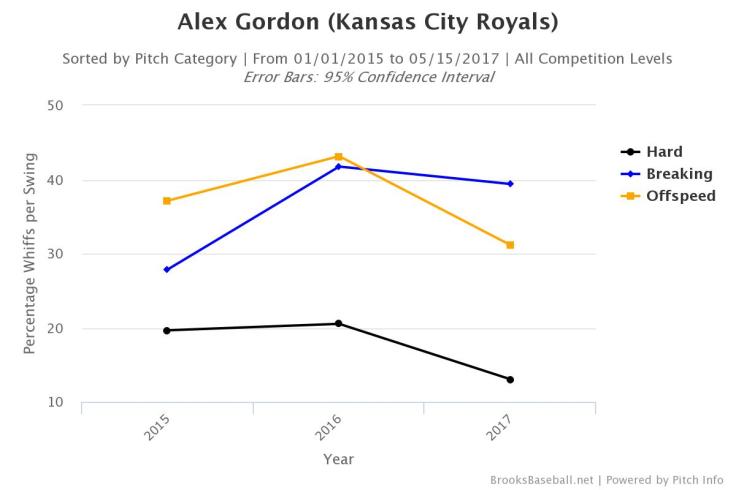 While these numbers explain part of the story, there is another piece to the puzzle. When Gordon faces left-handed pitchers, he is seeing a breaking ball (most specifically sliders) a vast majority of the time. Against lefties, Gordon sees a slider 21% of the time in all counts, 25% when the batter is ahead and 26% with two strikes. Lefties have been throwing more sliders and curves to Alex and they have been a difficult pitch for him to handle.

There is also the issue of Gordon and fastballs, which has raised some eyebrows the last two seasons. Rustin Dodd of the Kansas City Star wrote about this issue earlier today:

From 2011 to 2015, Gordon was the sixth-best hitter in the American League against fastballs, compiling 92.4 runs above average, according to data from FanGraphs. To look at the players who were better is to see a list of the best hitters from the era: Miguel Cabrera, Mike Trout, Nelson Cruz, Jose Bautista and David Ortiz.

But then came 2016, and Gordon’s numbers against fastballs plummeted. He compiled just 1.1 runs above average against the pitch. This year, he’s been the 24th-worst hitter in the American League against fastballs, compiling -2.3 runs above average. He entered Tuesday batting .190 against four-seam fastballs and .167 against two-seamers, according to MLB Statcast data. For comparison, the league-average batting average against four-seam and two-seam fastballs was .271, according to Baseball Savant.

So the question has to be asked: is Gordon starting to regress and is having difficulty catching up with the fastball?

The numbers seem to attest that very well could be a possibility and has to be concerning for Kansas City management. If this is the case and we are seeing the decline of Gordon, one has to wonder how he will react to it. Alex has always come across as a very competitive player, someone who will put in the time necessary to improve his game. If he is slowing down and his reactionary time is fading as well, he might have to change his game plan up, looking for more off-speed pitches while only focusing on the fastball when necessary. Good hitters over time have dealt with this same issue and have found a way to cheat a little while not seeing their numbers completely dropping off the board. This very well might be the course of action Alex has to take moving forward. Gordon still has the capability of being a productive player, but the days of 20 home runs a season might very well be in the rear-view mirror. Gordon is still a plus defender and is still vital to the Kansas City clubhouse and with his contract is probably not movable. Luckily, it is still only about six weeks into the season, time enough to turn things around and salvage this season. Over the last few weeks we have seen Eric Hosmer and Brandon Moss among others awaken and start hitting. Is it now Alex’s turn? We all hope so. This is not the way most Royals fans envisioned Gordon’s last few years in Kansas City evolving. Hopefully the ‘Prodigal Son’ can bounce back and prove his worth. I don’t know about you, but I still believe.