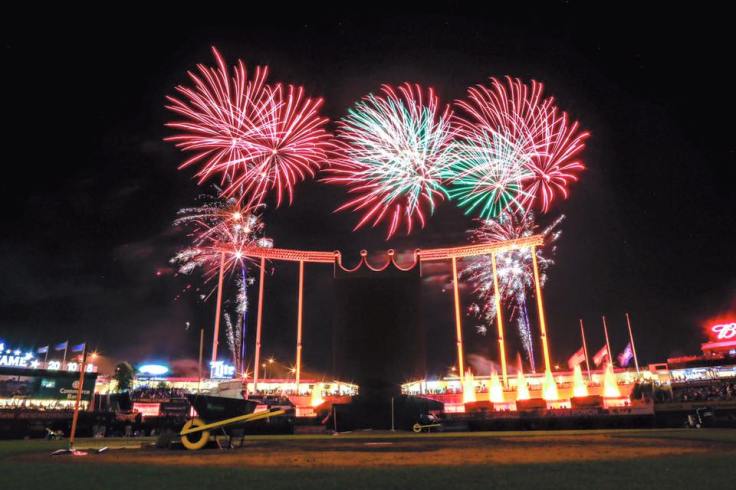 Being a longtime Kansas City Royals fan can give someone a different perspective of the team than say, someone who has only been around the last couple years. There is a section of the fanbase that sat around during the “Lean Years” so to speak, an era where many a time we would be accepting of an errorless game, or a quality start from the starting pitcher that day. Trust me folks, years ago the bar was set really low. With that being said, this winter the Royals have been fairly quiet on the acquisition front, as we have essentially seen the Jorge Soler trade and the Nate Karns trade with a few minor signings sprinkled in. I’ve actually felt like both trades made sense and were quality deals on GM Dayton Moore’s part. I even liked the Peter O’Brien signing and don’t hate Jonathan Sanchez being brought in on a minor league contract. But something else has been gnawing at me this winter and these trades have reinforced my worries. It appears on the surface like the Royals are neither “going all in” this off-season nor “rebuilding”. In fact, it appears as if Kansas City management is straddling a fence that often isn’t very successful.

I feel like I need to be a bit more clear in my estimation, as it could be taken as if I am saying the Royals won’t be in a position to contend in 2017, which I don’t feel at all. In fact, I feel as if Kansas City has a great chance to be in the playoff hunt this year, as we enter the final year of a contending window with the current nucleus in place. That is a big part of my worries right there; after this season, Eric Hosmer, Mike Moustakas, Alcides Escobar and Lorenzo Cain will be free agents. Danny Duffy was also set to go out on the market, but luckily he was given a long-term extension while Wade Davis and Jarrod Dyson, two more potential free agents after 2017, were dealt in the trades mentioned above. The front office has known for years that this was the final year of winning with this group and while the initial plan was for the farm system to keep spitting out major league ready talent, that hasn’t turned out to be the case. Knowing that there was not really any help on the horizon down in the minors (although someone like Hunter Dozier could contribute as soon as this year), this felt like the season where the team should be “all in” and put the team in the best position to reach the playoffs. That has not happened and not all of that can fall at the feet of Moore. No, you have to look higher up on the food chain to find the biggest issue facing the front office. 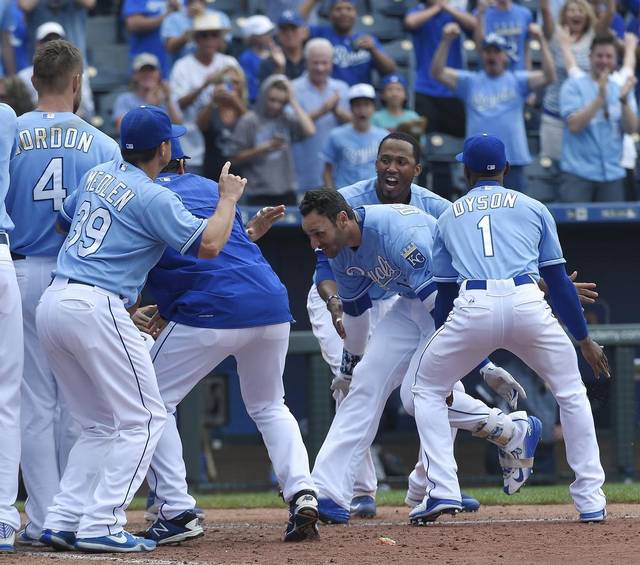 Back in December, it came out that Royals owner David Glass didn’t want the team to increase the payroll for the 2017 campaign, putting Moore and his associates in the front office in a weird position. Moore over the years has always tried to temper expectations and kept his cards close to the vest, but apparently he really meant it this year when he said that the team wouldn’t be able to take on more payroll:

“We’re simply not in a position to add to our current payroll,” Royals general manager Dayton Moore said.

This is why Davis was traded and why Dyson wasn’t far behind; Moore was trying to shuffle the roster by unloading any payroll he can why acquiring players who are younger, cheaper and are under club control for the immediate future. In fact I will go a step further and say Moore has done an admirable job trying to keep the foundation of the team together to make another run while keeping the payroll within Glass’ desired level. Yes, some of this falls at the feet of Moore; he is the one who gave Ian Kennedy his 5 year contract, Omar Infante’s contract that the Royals are still paying for this year and backloaded a number of contracts to make the team’s money situation work in years past. But more than anything this feels like Glass being cheap, which he really hasn’t been these last few years. Why pull back now when more money could be had if the team goes back to the playoffs? 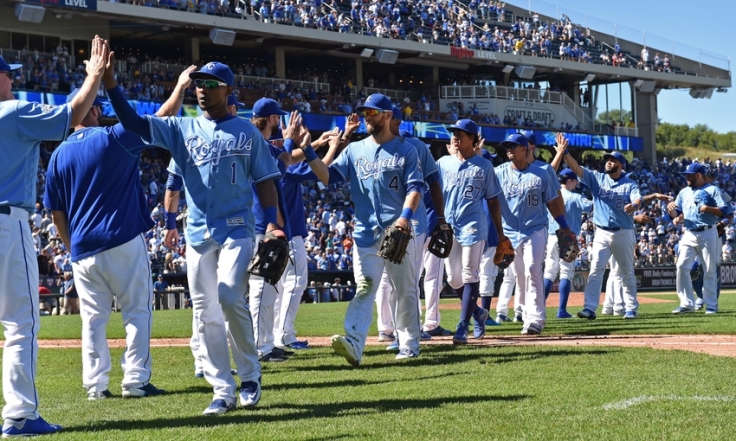 When I first started understanding the business side of baseball, I learned very quickly that to make money in baseball you have to spend money. There has never been a major league owner that pinched pennies and made a fortune off of it; maybe for one year or some random event but none consistently. Instead, the teams that have made a ton of money did so by spending as well. Now, I am not saying that the only way to make money in baseball is to spend like the Yankees, Red Sox or Dodgers; in fact, many of those teams that were high spenders didn’t even profit from playoff teams to really max out their wealth. So I am not saying Glass should just spend willy-nilly and expect profitable results; no, there is a way to spend wisely while not going over any self-imposed budget. The perfect definition of that could very well be those Royals teams that made the playoffs in both 2014 and 2015. Glass spent more money those two years than any other Royals team and he made more money both of those years than ever before because of the team playing into October. I am not saying Glass should give Dayton an open check and tell him to go get what they need; that should probably never be done, period. But a slight bump in the payroll could give this Royals team a chance to improve a few holes in the team’s roster and improve their chances of winning this year. With the Twins and White Sox rebuilding and the Tigers also straddling a fence (they have hinted at dealing some of their veterans this winter but alas none have been dealt), realistically that would leave the Royals and Indians to battle it out for the American League Central in 2017. That could still happen, but one has to wonder how this team will improve based just off of players being healthy and expecting many to improve on their 2016 output.

The other issue at hand is tied up in Moore’s trades this winter and what they mean for the future of this team. Like I said, I have liked both trades he has made and feel getting Karns and Soler were excellent acquisitions for what Kansas City is trying to do. But…it does appear on the surface that they are trying to win this year while also building a club controlled roster after the expected departures next winter. The team is neither “all in” or “rebuilding” and this is a problem. In the past, team’s who have tried to leverage a situation like this have eventually decided to take either one path or the other once they figured out that taking neither wasn’t working. We don’t have to look far to see what kind of problem this can cause-just look at the Philadelphia Phillies. In 2012, the Phillies finished .500 while employing a roster of veterans like Ryan Howard, Jimmy Rollins and Roy Halladay. The team attempted to re-stock in 2013, adding Michael Young and Ben Revere while keeping the older nucleus in tact. The team floundered that year, losing 89 games and it appeared a rebuild was in their future. Instead, they acquired A.J. Burnett right before Spring Training that year, and would rack up another 89 loss season. It wasn’t until after that season that the organization put forward a full-scale rebuild on the franchise. The Phillies learned that straddling that line between rebuild and contending normally doesn’t work out and I’m afraid Kansas City will learn the same lesson.

Since the idea of drifting between contending and rebuilding sounds counterproductive to me, I am in the camp that the Royals should be going for it this year. This is the last year of the window with Moose, Esky, Hos and Cain, so now would be the time to give this team its greatest opportunity to return to the playoffs. The farm system has very little in the way of help next year and this is an organization that didn’t make it to postseason play for 29 years before 2014; now is the time for one last run. The logic I am using is that if Glass agrees to spend even just an extra $10-$15 million to upgrade a few spots, they would at least be giving this squad the best opportunity to reach October baseball. We have zero idea of what will happen after 2017, and the likelihood that the Royals are even able to bring back more than just one of those four free agents is probably slim and none. The thinking is that if the team puts forth another winning season, the stadium will be packed and Glass will make his money back and then some. Instead, it feels like he is saying “we won a World Series, I think we’ll just stop there”. Even if the team doesn’t make it back to the postseason this year, Glass can go cheap in 2018 with a much younger ballclub, make his money that way and no one will think less of it, since they would be “rebuilding”. This group of players deserve one last shot at etching a legacy in Kansas City but the chances of that happening at the moment don’t look as good as it should be. 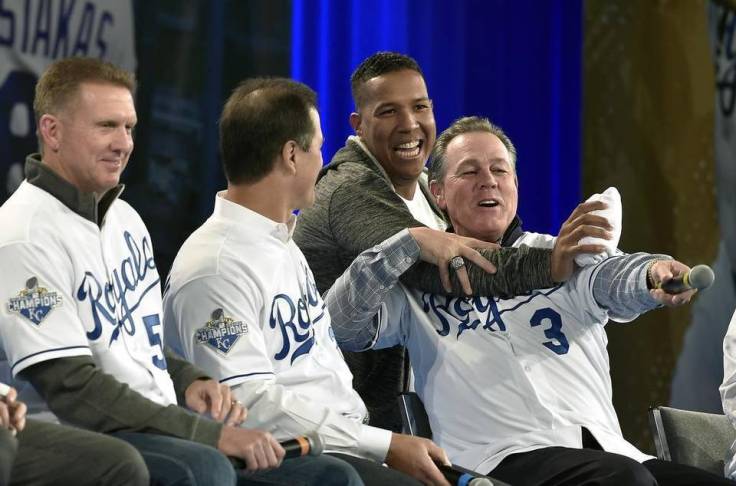 So what does this all mean for the 2017 Kansas City Royals? It means that while this club on the surface still looks like a contender, things could go awry very quickly as well. One does have to wonder, after the soul-crushing death of Yordano Ventura, if the team might go out and pick up a replacement starter for the rotation or if they will attempt to fill his spot with a Matt Strahm or a Mike Minor. Even if another acquisition is looming, I’m not sold that this is the best Royals team that could be pieced together. Could they contend with this squad? Of course. But does this feel like a team that could cause damage in October? Not likely. I could be wrong but it feels like ownership is not giving this team the best chance to bring the World Series back to Kansas City, and that saddens me. It’s easy for me to sit here and say “spend more money”, when it isn’t my own. But if I understand the structure of a major league baseball team that wants to contend, you don’t half-ass the project. It should be all about winning the whole damn thing again this year and instead it feels like someone just waiting to turn the lights out. We have no clue how much of a chance the Royals will have to make the playoffs again after 2017; why not go out with a bang and get the band back together for one last gig? Instead it feels like a farewell tour where we keep asking them to play all the big hits one last time before hitting the road. At this point, Royals ownership should do right by the fans, the front office and even the players who have given their blood, sweat and tears these last 4-5 years. It’s time to push the chips all in and go for broke. Now is not the time to stop halfway and assume that will do the trick. It’s time to go for broke…and trust me Mr. Glass, this won’t make you broke. In fact it could increase your wealth for years to come…