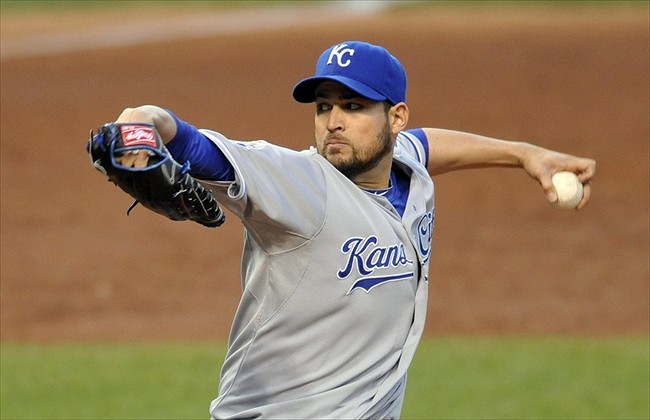 It’s been a slow winter for the Kansas City Royals so far. Outside of the acquisition of Jorge Soler, the possible next biggest news for Kansas City might be the team re-signing backup catcher Drew Butera. Yep, that is how slow it has been. In fact, you’ve probably heard many a Royals fan utter the phrase “Just sign someone, anyone…”. Well…you got your wish, as Kansas City signed four players to minor league deals on Christmas Eve. On that list is pitcher Bobby Parnell, infielder Brooks Conrad, outfielder Ruben Sosa and…former Royal Jonathan Sanchez. Yes, the same Sanchez who was acquired for Melky Cabrera at one point. The same Sanchez who was absolutely atrocious during his short stint in Kansas City. We will get back to him in just a moment. But first, lets look at all of these signings and what to expect from them.

Let’s start with Parnell, who is the biggest name on this list. Parnell used to be a solid contributor out of the bullpen for the Mets, including a four year run from 2010 to 2013 where he produced an average 140 ERA+ during that span. Injuries curtailed Parnell’s run after that, appearing in just one game in 2014 (due to Tommy John surgery) before returning to the Mets for 30 games in the 2015 season. That year was nothing to write home about, as Parnell posted an ERA+ of 61, a FIP of 4.18 and an ERA of 6.38. Parnell signed a minor league deal with Detroit last year but threw most of the year in AAA, putting up very pedestrian numbers. He did appear in six games for the Tigers, throwing 5 innings, striking out 4 while walking 5 in that short span and would eventually be let go by Detroit. The one positive in 2016 for Parnell was that the velocity on his fastball did increase, picking up to 94 mph on average, one mph faster than he racked up in 2015 and closer to the upper 90’s fastball seen by him before the surgery. I actually think Parnell could be a valuable asset in the Royals bullpen, as he could be in the vein of a Ryan Madson, who had been out of baseball for a couple of years before signing with Kansas City before the 2015 season. This is a quality signing by Dayton Moore in my eyes. 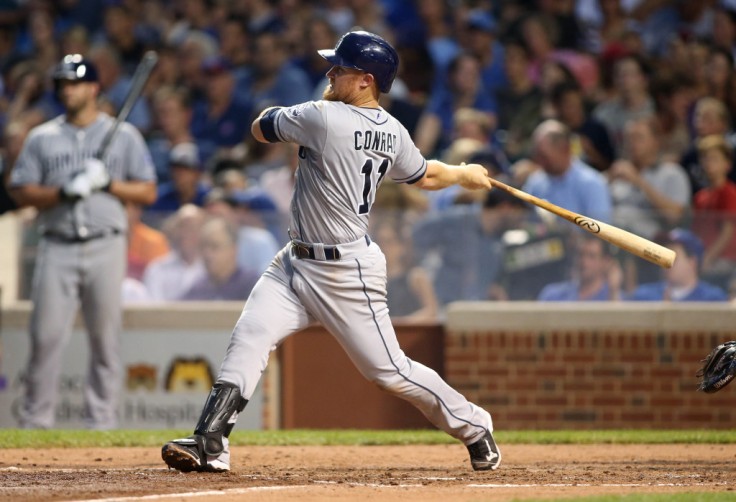 Conrad is a veteran journeyman who has floated around baseball for about 15 years now and played in the Independent League in 2016. Conrad last saw action in the minor leagues back in 2015, posting a line of .190/.280/.319 in 83 games. Conrad has basically been used as a utility infielder throughout his career, seeing most of his time at third base. He has played parts of 6 seasons in the major leagues, putting up a line of .200/.271/.389 over 515 plate appearances. It’s pretty obvious that Conrad’s signing was a depth move, as he can fill a number of roles if the Royals end up placing him in either AA or AAA. In fact, I would dare to say there is a chance he was signed for the sole purpose of working with many of the younger players in the farm system and might even be a future coach in the Kansas City system. This might be a signing that was being eyed more for a future role in the organization than anything else, so I wouldn’t really expect to see him in Kansas City at anytime in 2017. 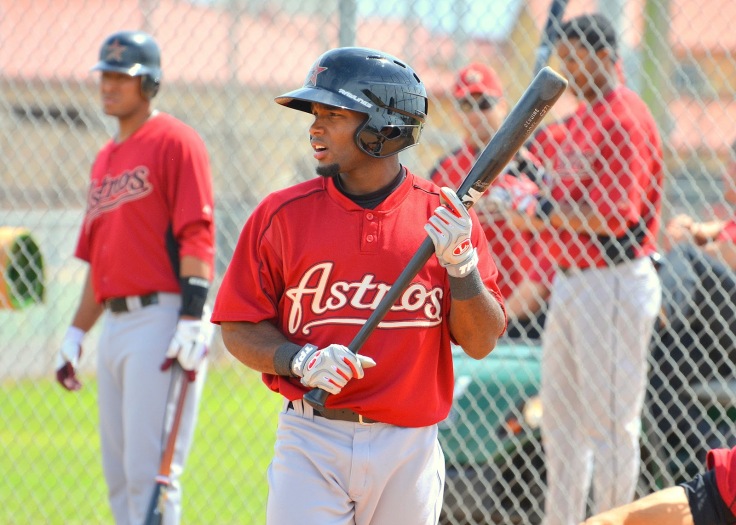 Sosa is an outfielder who has spent most of his career in the Astros and Angels organizations. Sosa hasn’t had a horrible minor league career, posting a career line of .282./.366/.391 over six seasons. Sosa is a speedy outfielder who seems to take a good amount of walks, but also strikes out quite often (319 strike outs in 419 games). What probably caught the Royals eye is his work in the Mexican League in 2016. Over 70 games, Sosa hit .371/.458/.517 with 22 stolen bases. Sosa probably is a backup outfielder at best if he would reach the big leagues, used mainly as a defensive replacement and pinch runner would be my guess. Sosa would be a long-shot to get to Kansas City and has been assigned to the Kansas City AA affiliate, Northwest Arkansas.

Finally, we have reached the main event, former Royal Jonathan Sanchez. I’m sure many a Royals fan cringed when they heard Moore had signed Sanchez to a minor league deal, as he is not fondly remembered by Royals fans. Lets not mince words-Sanchez was awful during his short span in Kansas City. In just 12 games (and yes, it feels like he pitched more than that for Kansas City), Sanchez 0.82 Strike out to walk ratio, an ERA+ of 54 (100 is league average) 6.45 FIP and a -1.3 bWAR. Before you ask, yes, Sanchez was as bad as the numbers indicate. The worst part of his run in Kansas City was that it just seemed like he didn’t want to be with the team, so he was dealt to Colorado in July of 2012 for Jeremy Guthrie. Incidentally, my first post on this blog was spent talking about that deal, a deal that was definitely one of Dayton Moore’s best. All this being said…it doesn’t really bother me that the Royals have brought Sanchez back into the fold. The honest truth is that the likelihood that he makes it to the big league club is slim and none. Sanchez hasn’t pitched in the majors since 2013, where he pitched in 5 games for Pittsburgh, throwing only 13 innings, allowing 18 runs and 7 home runs in that short amount of time. He was in the Reds camp last year for Spring Training, but was released at the end of camp. It is very simple math with this signing: if he is awful, the team will release him in Spring Training and that will be that. If he does good, then he can actually contribute to the Royals in 2017, something he didn’t do the first time around. Kansas City doesn’t lose anything by bringing him in, other than a small amount of time. 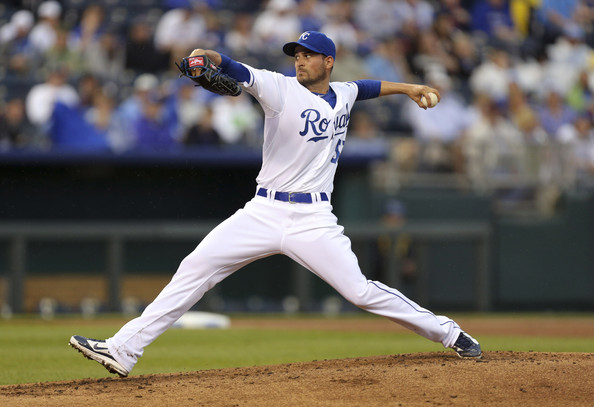 The honest truth is that moves like these are necessary for any major league ballclub. Most minor league deals are done for one very big reason: depth. A team never knows how the season will unfold and the more depth you have stored away in the minor leagues, the more likely you will stumble across someone who can contribute to the major league team. It’s a total win/win situation, as most of these signings are done very cheaply and don’t cost the team anything. Over the years the Royals have succeeded on a few of these signings, especially with a few guys who were coming off of injuries and were able to be a part of the big league roster. Ryan Madson is the most prolific, as he pitched good enough in 2015 to earn himself a lot of money from Oakland that following winter. So while these signings aren’t going to blow anyone away, you never know what might actually pan out. So I’m not going to get worked up about Sanchez being in Royals camp this spring; the honest truth is the Royals gave up nothing for him and he either pitches good or he is gone. This time around, Sanchez needs the Royals more than they need him.

2 thoughts on “You Wanted The Royals To Sign Someone…”