The defending World Champion Kansas City Royals have fallen into a spiral of mediocrity over the last couple months, with an array of injuries and rotation issues at the heart of the problem. The Royals are 48-50, looking more like sellers than buyers right before the trade deadline, with many wondering if the likes of Edinson Volquez, Kendrys Morales, Luke Hochevar and Wade Davis could all be moving on before the end of deadline. So to say the promotion of Raul Mondesi, Jr. from AAA was a bit of shock could be labeled as an understatement. Why now? Lets look at some theories.

One theory definitely at play here is the struggles of Whit Merrifield. Merrifield was sent down to Omaha as the corresponding move to Mondesi’s recall and it’s not hard to see where Whit’s recent lack of production made this an easier move. Most know that Whit got off to a hot start in Kansas City, but so far in July he is hitting .170/.241/.245 and had been losing playing time to Christian Colon. The honest truth is that Whit is probably better suited in the super utility role for Kansas City but had been forced into a regular spot at second base because of the release of Omar Infante. To me, Whit could still have a valuable role on this Royals team but it makes more sense for it to be in the utility role.

Another factor would be Mondesi’s hot start since his recall to AAA. In just 14 games, Mondesi was hitting .304/.328/.536 with a wRC+ of 122. Mondesi just recently returned from a suspension from Major League Baseball for testing positive for a banned substance. In total, he has only appeared in 52 total minor league games this year but there has been some marked improvement offensively for Mondesi, as he has been slugging at a higher percentage this year than at any other time in his career. His ISO(Isolated power) and slugging percentage have been higher this year and has hit the same amount of extra base hits(22) as he did in all of 2015 in almost 30 less games. The knock on Mondesi has always been his offense, as many scouts have considered him defensively ready for the majors for a few years now. The improvement is noticeable and definitely a major plus in his development during his age 20 season, but is this move being made too soon? 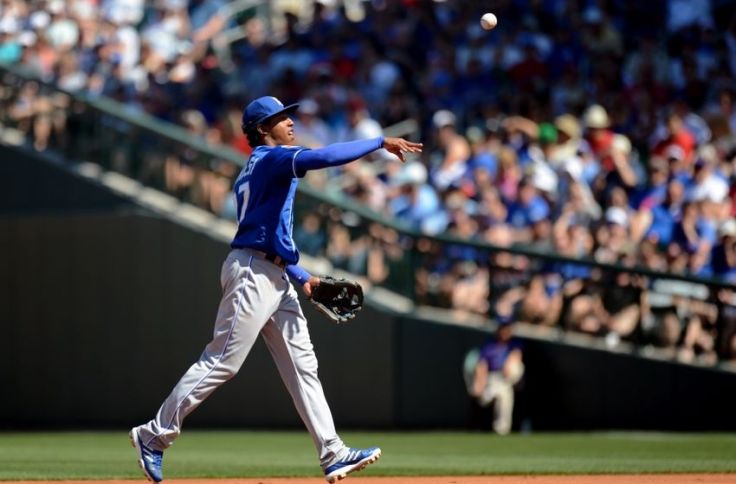 Mondesi started the year as the #29 top prospect in baseball thanks to Baseball America and the top prospect in the Kansas City farm system. It is very apparent from watching Mondesi for a bit that he has most of the tools to be not just a productive big leaguer but an elite one. The hang-up has always been his hitting and despite the improvements this year at the plate against minor league pitching, there has been a decent sized blemish. So far this year in 231 plate appearances, Mondesi has struck out 60 times while walking only 17 times.  Bumping the math up just a tad, that averages out to 10 strikeouts to every 3 walks he racks up, not a great ratio. I would imagine that in the big leagues that divide will only be greater, as Mondesi has been known to have a hard time distinguishing balls from strikes. It is very obvious that his offense is still a work in progress. 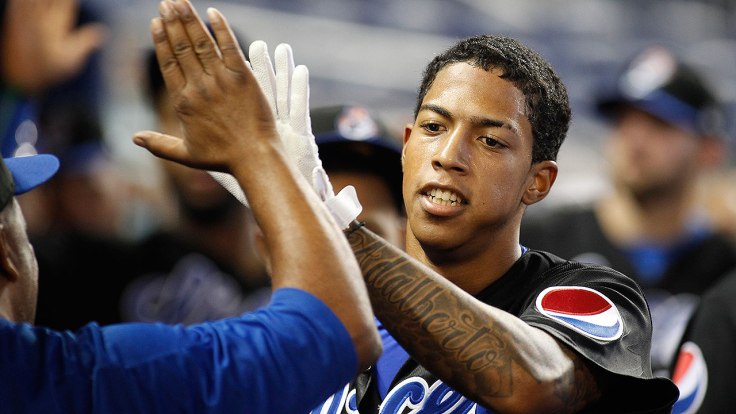 That being said, I tend to think that the Royals will be more than patient with his offense as long as he plays the superb defense that is expected from him. While Merrifield was a slightly above average defender, Mondesi is a game-changing defenseman and could tighten up an already stellar infield defense. This could change if Mondesi really struggles at the plate, but my guess would be that the coaching staff will work on his plate discipline while looking for a gradual improvement offensively as time goes on.

While some will believe Mondesi was recalled to provide a spark to this struggling Royals team, I tend to think this is more a move to get his feet wet and introduce him to major league life. He could be the spark the Royals need, but I don’t think that is the actual intention here. Are the Royals pushing him too fast? Mondesi very well could be overmatched at the big league level, but the weight of this team is not on his back. He is already in the lineup for tonight and is batting at the bottom of the order, a good spot for a rookie to get acquainted with. In a month we could be talking about Mondesi being back in the minors, discussing issues he might very well have with major league pitching. But we could also be raving about his play on defense and short flashes of offensive life. More development in the minors wouldn’t hurt Raul, but I don’t think the big leagues will completely overwhelm him. The Royals are taking baby steps with their biggest prospect and this is just step one.

One thought on “Raul With It”