I just finished the 30 for 30 short “First Pitch” on ESPN, where they discuss President Bush throwing out the first pitch before Game 3 of the 2001 World Series and how that all came about. As always, this was a great short film that took us back to that time where in a lot of ways innocence was lost. The best part of it for me was recognizing how vital baseball was for this country to help it heal and try to move on from the tragedy of 9/11. Yesterday was the 14th year anniversary of that ominous date in history and rather than me write about, I felt a gallery of pictures from when baseball returned on September 17, 2001 was more fitting(and a few from when the Yankees returned to Yankee Stadium. They played the 17th in Chicago against the White Sox). This was the first day that Major League Baseball would return to playing games after 6 days off and it is hard not to see all the heavy hearts in these photos. 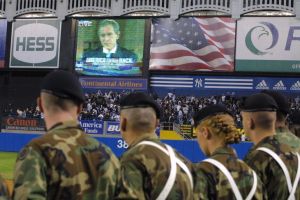 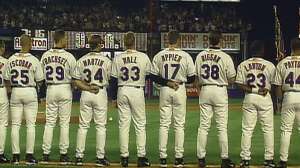 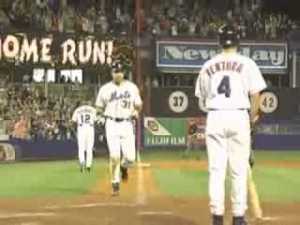 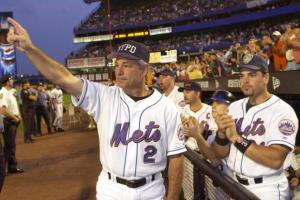 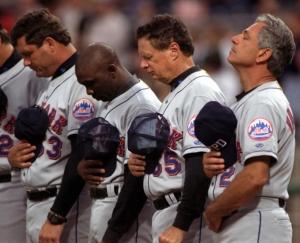 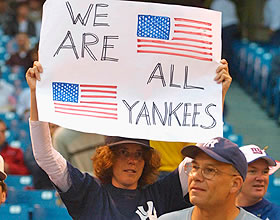 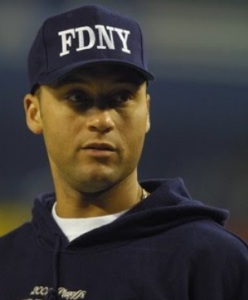 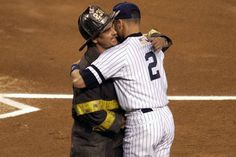 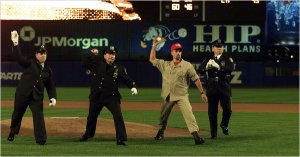 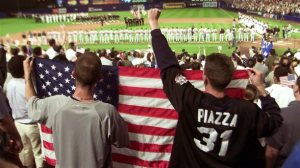 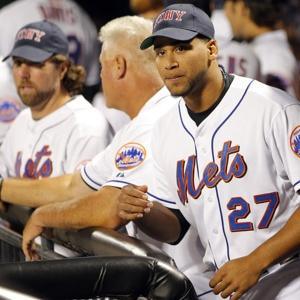 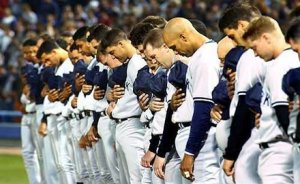 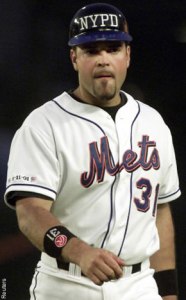 I could write more about this topic, but I feel in some ways I won’t be able to do it justice. There is always discussion about how baseball isn’t ‘America’s Pastime’ anymore, that football has passed it. But when times are hard, we turn to baseball. Baseball is woven into the fabric of America, so in some ways it will forever be what we turn to for escape from the reality of life. Fourteen years ago, we needed baseball and baseball needed us.