As Kansas City Royals fans, we all have a different reaction when we hear anyone mention ‘The Process’. Dayton Moore coined the term years ago to define what the organization was doing as part of their team-building strategy. Before 2014, if you were a Royals fan and you mentioned ‘The Process’, you were probably doing it with your tongue firmly planted into your cheek.

But then the trip to the 2014 World Series happened. Then Kansas City took home the gold and became world champions in 2015. Once Wade Davis struck out Wilmer Flores to wrap up the title that year, any mention of Dayton’s term was meant mostly with sincere intent.

After the 2017 campaign, it was pretty well known that the Royals were in a position to rebuild and with that came the return of ‘The Process’. The Royals will probably never be a team that goes out and spends lavishly in free agency, so the main framework of any team in Kansas City would have to be done by building up the farm system.

Which is what Moore set out to do this season. The Royals came into the year with one of the worst farm systems in baseball. MinorLeagueBall.com had them ranked last while Baseball America had them ranked 29th. It honestly didn’t matter who was evaluating the organization, as almost everyone ranked the minor league system as one of the worst in the game. 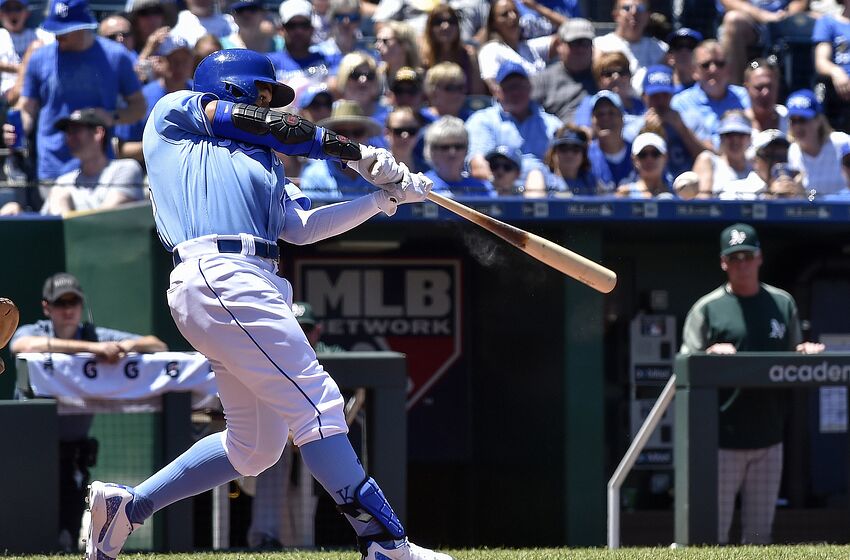 It was obvious that one of Moore’s goals this summer was to “restock the shelves”, so to speak. It appeared to begin early in June, as Jon Jay was dealt to Arizona for a couple of arms, Elvis Luciano and Gabe Speier. Twelve days later, Kelvin Herrera was traded to Washington for a trio of minor league players, third baseman Kelvin Gutierrez, outfielder Blake Perkins and right-handed pitcher Yohanse Morel.

You can see where this is going. Funny thing is that Dayton didn’t just shop at one store. While the trades helped, he used other methods to improve the talent coming up through the minor leagues. There was the signing of pitcher Yefri del Rosario back in December, a player who was granted free agency from the Atlanta Braves after incurring international signing violations.

Add a couple more international signings to the list in Wilmer Candelario and Omar Florentino, both from the Dominican. The Royals even stretched their search all the way  in Japan, as the team signed 16-year-old pitcher Kaito Yuki. The Royals wanted Yuki to get himself acclimated to the United States first, so he should make his professional debut in 2019.

But the biggest splash might have been felt from the draft. In one fell swoop, the Royals drafted a number of college arms in Brady Singer, Jackson Kowar, Daniel Lynch, Jonathan Bowlan and Kris Bubic. The farm system was in desperate need of some arms with upside and this appeared to have done the trick, as almost all these pitchers (outside of Singer) were thrown into the low minors upon their signing. 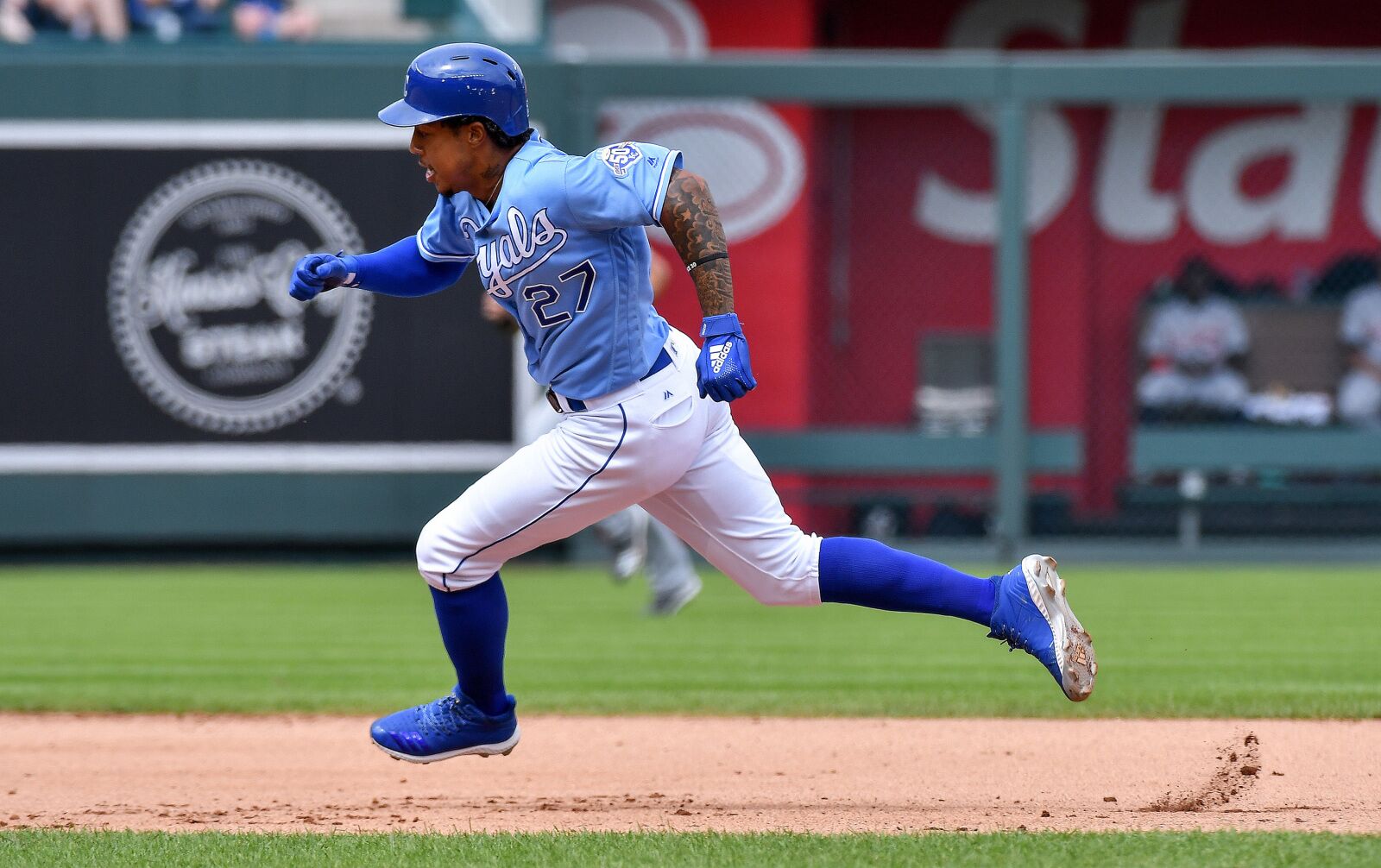 The farm system has always been the main focal point for Moore, but he also started piecing together a younger foundation for the major league club. Hunter Dozier was recalled in May. Adalberto Mondesi got the call in June. Brett Phillips and Jorge Lopez were acquired in the Mike Moustakas trade with Milwaukee. Slowly but surely, Dayton was piecing together a vision of the Royals future.

But the move that really felt like Kansas City was in full “Process” mode was Ryan O’Hearn getting the call to the big leagues. O’Hearn numbers weren’t anything special down in AAA yet they called him up to give him a shot. O’Hearn took the opportunity and ran with it, producing a line of .262/.353/.597 over 44 games and an OPS+ of 155.

Throw in Brad Keller’s outstanding rookie season and Whit Merrifield’s ascension to being a five-win player and it appears ‘The Process’ is farther along then even Moore might have imagined it would be. This is not to say a playoff run is in the near future; that would just be a ludicrous dream riddled with disappointment. But there is one more factor that could solidify that Kansas City is on the right track.

It was announced on Sunday that manager Ned Yost would be back for at least one more year in 2019. While some will cringe at the thought of Neddy’s return, there is an important factor to remember:

I am, no sarcasm whatsoever, delighted to hear this.

Yost develops young players as well as any manager. You think it’s a coincidence that Merrifield, Junis, Alexander, Keller, even Fillmyer have had far greater success than expected? To say nothing of Mondesi. https://t.co/20qSbNsdh4

The Royals have had numerous prospects move up through their system over the last 7-8 years and while some were among the biggest prospects in baseball, a number of them were not highly touted at all. Not all of this can be attributed to Yost and his work with younger players, but some of that success should be credited to him. Without him, a Salvador Perez or a Kelvin Herrera (just to name a couple) might not have turned into the All-Star caliber players they have been in their career.

With Yost at the helm, the next wave of talent to move up to Kansas City should get the advantage of sitting under the learning tree. Yost has shown a penchant these last few years to just let the players go out and play, and that might be just what they need. The truth is that Yost is just as much a part of ‘The Process’ as any of the talent in the Kansas City system.

So while we might still snicker when Dayton starts talking about his game plan, the truth is that it worked once before. While we might question his focus at times, the bigger picture appears to be a mix of patience and trust. Rome wasn’t built in a day and ‘The Process’ initially didn’t pay off for a number of years. The good news is that the ship appears to be righted and back on course. It might be a bumpy ride on the way there, but you have to hope it ends up at the right destination.