You’ve probably noticed the immense increase in home runs around Major League Baseball these last couple of seasons. The game has slowly evolved into one where launch angle and exit velocity are king while aspects of the game like putting the ball in play and hitting to the opposite field are not practiced as widely.

This isn’t an article that will rail against the direction of the game. I’m a firm believer that some of these changes are good while others feel more neglected. Major League Baseball has never had as many talented young players roaming the landscape as they do right now, both at the plate and on the mound. That is good for baseball.

Three of the top four home run rates IN HISTORY have been achieved the last three seasons. A big factor into these numbers can be purely related to the actual baseballs used in a regular MLB game. Yes, the baseballs have changed.

The first sign of a different baseball was after the 2015 All-Star game, as numbers increased across the board at record levels. Last season saw even bigger numbers and tests were done with the baseballs used before and after the 2015 “Midsummer Classic”. Studies were done and it was determined that “reduced drag on the baseballs was responsible for the rising home run rate but had not found any changes in properties of the balls that could account for the reduced drag.” 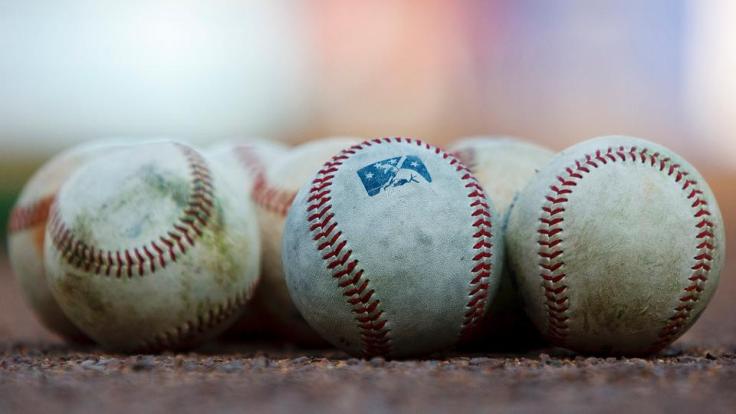 While Major League Baseball started using different baseballs, there was also a difference between the balls used in the big leagues and those used in the minor leagues. In fact, last week they announced that next season in Triple A they will use the same baseballs used by MLB. This pretty much proves what many have said these last few years, in that the balls being used are much, much different:

Absolutely true. You can tell them apart the second you feel them.

Weight is the same. Seams and texture feel different.

This change could end up being very big for how teams evaluate their talent, as some noticeable differences have occurred due to the differences in baseballs used at the two levels.

We all are well aware that when Ryan O’Hearn was recalled by the Royals he wasn’t exactly tearing up AAA. In fact, he was posting a very pedestrian .232/.322/.391 slash line  for Omaha when the Royals came beckoning, numbers that definitely don’t just jump out at you. But the Kansas City front office saw his exit velocity was stellar and figured there was a bit of bad luck involved in the results.

We all know how that has turned out: O’Hearn is slugging .612 in the big leagues with an ISO (Isolated Power) of .349. The power numbers are the most notably different for O’Hearn, but it isn’t just him who has seen an increase in those numbers. Hunter Dozier was slugging .339 for Omaha with an ISO of .085; in Kansas City he is slugging .391 with an ISO of .163.

Even Adalberto Mondesi has seen an increase, albeit a much smaller one. His slugging has gone up to .498 from .492 while his ISO has actually seen a decrease, .211 compared to .242. There are obviously numerous factors in play here, the most obvious being the small sample size of their time in the minor leagues. That being said, there is a difference and it might very well be why teams have gone outside of the standard numbers to evaluate whether or not a player is ready for the big leagues.

So what does the difference in the balls do that causes the gap in the numbers? I’ll let a couple of pitchers who have used both balls explain. First, Ben Heller on the differences in pitch movement:

“My fastball actually rides a little bit more. For whatever reason, it has more life to it in the big leagues than it does down in the minors. I feel like my slider moves less. The minor-league balls, with the bigger seams, give my slider a little more downward break. I can start it at the batter’s hip, or almost at his shoulder, and it will break down for a strike. With the big-league balls, if I leave my slider up at all… it seems like it just spins. I need to drive it down, and really finish it, to get that good break.”

Now, Kirby Yates on the carry of batted balls:

“I think the ball goes further — it flies better — in the big leagues. I’ve hung stuff in Triple-A where guys have put on a good swing and it was an out, whereas in the big leagues it was probably a home run. That could be the hitters, too — I’m not 100% sure — but it does seem like it flies more. Regardless of the reason, the balls here are definitely different.”

Pitchers who have been in both leagues have noticed the change and it would even explain some of the struggles younger pitchers have had these last couple seasons once they get the call to the big leagues. These changes appear to be helping the hitters while causing a few growing pains for the pitchers.

So where does baseball go from here? Having the same ball being used at the top two levels should definitely help, as it should make the adjustment period a bit shorter for any player getting recalled. But hopefully some of the lessons learned from this will carry over.

While breaking down a player’s slash line or home run total is fine, it has at least taught us that it doesn’t always measure whether or not a player will find success. Someone like O’Hearn is an example to why a deeper look is sometimes necessary.

Hopefully the higher-ups remember that. It is the perfect case of why there should always be a glance taken to exit velocity, launch angle and hard hit rate to measure whether or not a player is doing things right but is just not seeing the results.

There are numerous factors that come into play, and anyone evaluating talent should cover all their bases when it comes to determining a player’s future. Something as simple as a physical difference in a baseball could speak volumes that aren’t spoken in batting averages, and slugging percentages.