I still remember where I was for the American League Wild Card game in 2014. I was stuck at work, but also knew that once I got to 8-8:30 or so I would have time to take in the game. When the 4th inning started, the Royals were ahead 3-2 and I went down the hall to knock out some recording (I work at a radio station). When I was done and returned to check up on the game, the Royals were down 7-3 as the A’s had put up a five-spot in the 6th inning. I uttered the words out loud ‘What happened?’ as my hopes and dreams for this game started to drift away. But then…the 8th inning happened, as the Royals stacked up another three runs. Then they tied it in the 9th…and then the 12th inning happened. I was still at work, past midnight, when Christian Colon would come in to score on the Salvador Perez hopper down the third base line and the celebration ensued. My co-worker at the time said it was “the happiest he had ever seen me” as we jumped up and down in excitement. That game was the beginning of this crazy ride that this group of players on the Kansas City Royals would take us on and this weekend it all comes to an end. For many of us, the last four years have been the best of times. 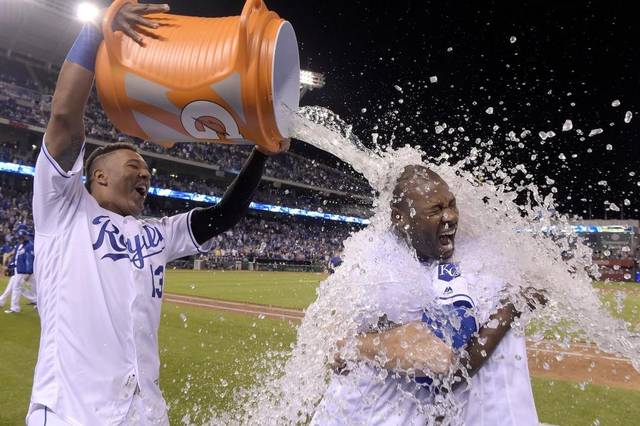 Most of you know the story, or some semblance of it. Before 2013, the Royals hadn’t had a winning season since 2003 and had only one winning season since the 1995 campaign. The Royals had become the laughingstock of baseball during this time period and for most of that period ownership didn’t appear to be too concerned with putting winning baseball on the field. For those of us around during this time, we often refer to it as ‘The Dark Days’ and try move the topic away from that twenty year stretch. It wasn’t much fun to be a Royals fan and at numerous points I was asked why I still hung around. It was simple: this was my team, the team I had loved since I was a kid. I wasn’t abandoning them and knew they couldn’t be losers forever. There had to be a light at the end of the tunnel. Luckily, we started to see a glint of hope in 2011, as players like Eric Hosmer, Mike Moustakas, Danny Duffy and Salvador Perez started to make their way to the big leagues. The Royals had acquired Lorenzo Cain and Alcides Escobar a year before in the Greinke trade and Alex Gordon was the homegrown player who finally broke through that year. The building blocks were being pieced together for what would eventually become a championship team.

There had been such a long stretch without winning baseball in Kansas City that the amount that remembered what that was like was outnumbered by those who didn’t. That wild card game changed not only the direction of the organization but also changed the fanbase and Kansas City as a whole. No longer was this team an organization in dire need of October baseball. Instead, it was a team of players who were becoming household names. The best part of those Royals teams were how easy it was to root for them. Guys like Hosmer, Salvy and Cain almost always had a smile on their face and it had become very apparent that they were having fun out on the field. These were not only a group of players you could get behind, but a group that actually enjoyed each other and pushed each other to succeed. I sometimes wonder if Kansas City embraces this team the way they did if not for how likable they were. It was easy to cheer them on when you saw them having fun out on the field and playing baseball like a bunch of kids. This being a fun group made baseball fun again and the winning pushed everything over the top. 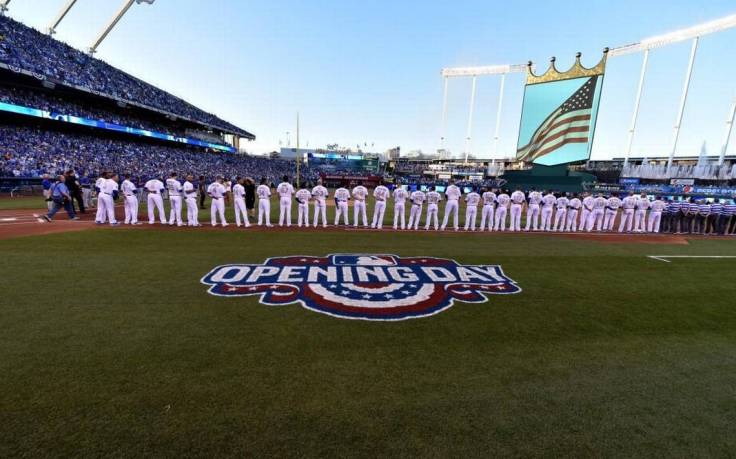 …and that is what makes this weekend so sad. We have reached the end of the line with this group, as a number of them are approaching free agency this offseason. Hosmer, Cain and Moustakas are the biggest names in this group, but guys like Escobar and Jason Vargas are all on this list. There is always a chance one or two return to Kansas City, but the percentages say it is more likely the majority leave. We’ve all known this for years and each of us in our own way have dealt with it accordingly. That being said, it doesn’t make it any easier and is why as much as there is celebration in the air this weekend, it is with a bittersweet twinge. The bottom line is that we have seen this core group grow together, learn together and win together. The idea of a Mike Moustakas NOT wearing Royal blue or another fanbase chanting ‘MOOOOOOOOSE’ feels wrong. In some ways we have claimed ownership of these players and the idea of them moving along is hard to really wrap one’s head around. But this is baseball and the economics of the game make it to where a small market team has a difficult time keeping all their players once they reach the free agency market. The attachment to these players have been evident for a while; even when a guy like Jeremy Guthrie left after the 2015 season there was a bit of sadness despite his performance during that season. We as fans get used to watching and cheering for these guys on a daily basis season after season; when you attach the amount of memories this group has given us during this run, that attachment grows even more. This is why Sunday is going to be a difficult time for most Royals fans.

The honest truth is that even if Kansas City is able to retain a couple of these players, 2018 is going to be a difficult season. The farm system is one of the worst in the game and there is not much help on the horizon in the high minors. We’ve all coped with this in different ways and while I consider myself a fairly realistic person, there is still a part of me that wishes the Royals could bring everyone back. As a fan of this team for over 30 years, I am going to miss the joy and exuberance of this era in Royals baseball. That being said, a part of me is excited at the idea of what the next group of Kansas City players will be like that returns the team to postseason glory. This run has been one which has given all of us so many memories, some that have eclipsed the ones I stored in my mind from when I was a kid. For that, I will forever be grateful of what these guys did. Thank you, Hos, Moose and LoCain; may your future be as bright as your past and present have been…and may you hold Kansas City in your hearts the way you have done for us. Sincerely, every Kansas City Royals fan.

2 thoughts on “This Dream Is Over”