Almost from the moment he made his major league debut in 2016, Whit Merrifield  became a fan favorite. Maybe it was the extra hustle, maybe it was the long journey it took him to get to the big leagues. There was the dazzling defense, the clutch hits and even the boyish grin. Most importantly though was Whit’s production: .283/.323/.392 slash line and 1.6 bWAR. He got off to a fast start with Kansas City before hitting a bump in the road, finishing with an OPS+ of 90. It was believed most of the offseason that Merrifield would take over the second base position for the 2017 season, but in the end Raul Mondesi won the job and Whit was optioned to AAA. He was only in the minors for nine games this year before being recalled and since then he has been nothing short of amazing, producing at a higher level. 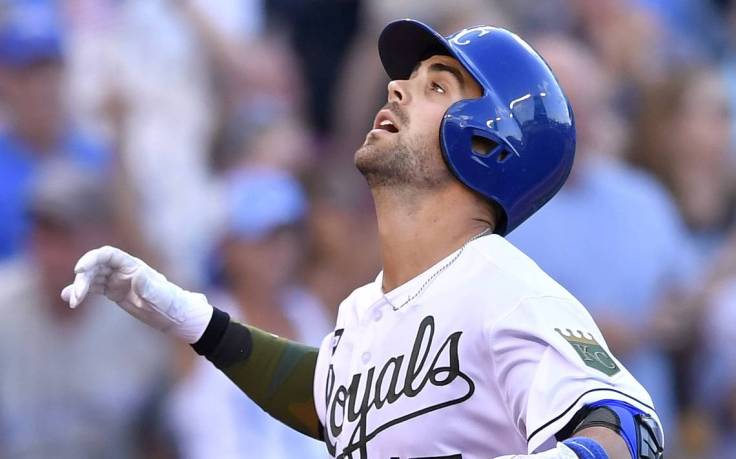 Over 100 games, Merrifield is hitting .293/.330/.473 with an OPS+ of 109 and 3.4 bWAR. He has already toppled his number for Total Bases from last year (186 to 122) and his power numbers have seen the biggest increase. Whit’s home run total of 14 easily beats his total from last year (2) and his 17 combined this year (between the majors and AAA) is an increase over his combined totals last year (10 total between the big leagues and minors). But it’s not just the home runs; Merrifield has seen in increase in his doubles and triples, and his slugging percentage and wOBA have seen an uptick as well. Whit has increased his body mass over the last two offseasons, which has been a big part of the increase in his power numbers. Maybe the most surprising revelation last winter was that he had bumped his meal intake to seven meals a day, increasing his muscle mass. To me, this read as a guy who was 27 years old coming into the 2016 season, knew he was going to have to improve to not only make it to the majors, but to stay as well. Whit has done just that and put himself with some impressive company.

When comparing Merrifield to other second baseman, he is right there among the top at the position in the American League. Whit is 3rd in WAR and slugging percentage, 6th in wRC+, ISO and doubles, 5th in wOBA, 4th in OPS and first in triples. These numbers have put him right there with the Cano’s, Pedroia’s and Altuve’s of the world, which is very select company in the league. In fact, most of his numbers have either been on par or better than Ian Kinsler, Brian Dozier and Rougned Odor, all mainstays in the second base conversation. Whit has put himself in this discussion with his production, but it does beg a question: Is he better left at second base, or would he better served to go back to being a utility guy?

I ask this question because that has always been the plan for Merrifield, but the Royals need at second has been stronger. For right now, Whit is a good fit where he is at. But for the long run (and the longevity of his career) he might very well be better suited for the utility role. While some Royals fans have thrown out the idea of him being comparable to former Royal Ben Zobrist, I’m not as sure that Merrifield is quite that good. During the peak of his career, Zobrist was putting up solid 5.0 fWAR seasons. While Merrifield isn’t too far off this year with his 3.4 bWAR, offensively Whit isn’t quite the player Zobrist was. Ben had more power than Whit but where the big difference is notable is in walks. During his prime years, Zobrist would regularly post a 11-15% walk rate. In his two years in the majors Whit has posted a 5.7% and a 4.7% walk rate. In fact, the highest walk rate of Whit’s career, both minor and majors, was a 11. 6% in 190 plate appearances back in 2014. While both players can fill in admirably at numerous positions, Zobrist was a more complete offensive player while Merrifield is probably more comparable to a Willie Bloomquist or Sean Rodriguez. There is nothing wrong with that and in fact there might be more value in him moving around position to position in the future. Right now the Royals don’t have a second baseman to take his place, but if and when they do, Merrifield’s role on the team would probably adjust back to that utility role.

There is no idea what the future is going to hold for Whit Merrifield, but it is safe to say that he is probably in the majors for good. The scrappy infielder who moved himself up the Royals farm system has entrenched himself into the Royals starting lineup and endeared himself to Royals fans everywhere. It will be interesting to see what he does this offseason to improve on his game and one can only hope he ups his meal total to nine a day (I’m joking…I think). Whit is proof that hard work and dedication do pay off. We all hope he is able to maintain his current pace and continue to excel when given another challenge. While you won’t see him batting in the middle of the order, he might just be the glue that keeps this entire team flowing. I tend to believe at some point Merrifield will come back to earth…but I’m also not going to count him out either. Perseverance be Whit’s name!

One thought on “Whitley’s World”