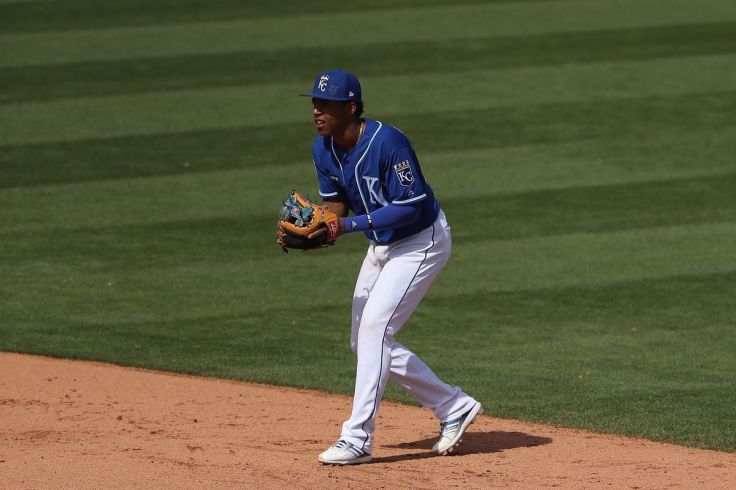 The biggest question mark for the Kansas City Royals throughout Spring Training has been ‘who would win the second base job?’, with four players competing for the spot. Christian Colon, Cheslor Cuthbert, Whit Merrifield and Raul Mondesi have all been vying for the job as the second sacker and Monday manager Ned Yost announced who will start the year at the position:

This was a bit of a shock, despite the fact that Mondesi has had a fantastic spring, hitting .375/.388/.625 with 6 extra base hits (3 homers) in 20 games. The shock is in the fact that both Colon and Cuthbert are out of options and most have felt Merrifield would begin the year either as the starter at second or the super utility player. Instead, Colon and Merrifield seem to be fighting over the final bench spot, with the fact that Whit still has options left probably hurting his case. So are the Royals making the best choice by starting Mondesi to start the year?

It feels like a weird question to ask, but there are some important factors to remember when it comes to Spring Training numbers. For one, especially early on in camp, hitters are facing a variety of minor leaguers, which isn’t always a good barometer of how successful a hitter is. Max Rieper at Royals Review did a great write-up in this regard, charting all the pitchers that Mondesi has gotten hits off of this spring. I had actually wondered the same thing about Mondesi (and Peter O’Brien as well) this spring and now we know. This doesn’t completely discredit his spring (hey, a good spring is a good spring), as hitting has been the main issue with Mondesi throughout his progression in the Royals farm system and it was obvious that whether or not he made the Opening Day roster was going to be largely determined on how he hit this spring. With that being said, while the numbers appear different, the approach feels like more of the same. Mondesi is not a patient hitter and that showed in the numbers as well; only 1 walk this spring and 13 strike outs over 48 at bats. You don’t have to be a math major to realize that isn’t a great ratio and the Royals should at least be mildly concerned that he strikes out as much as he does. While patience is a concern, his athleticism has won Yost over:

Ned said Mondesi was the best player on the field Sunday in Tempe. Mike Trout was on the other side. "Trout is Trout…but for one day…"

Look, I like Mondesi and still feel like it is waaaaaay to early to start giving up on the kid (he is only 21 years old). That being said, he is no Mike Trout. The only way Mondesi could be like Trout is in his dreams, and even there he probably can’t imagine himself as great as Mike Trout. In other words, this is a ridiculous comment…but I think I know what Ned is getting at. It really feels like Yost naming him the winner this early and comments like this are being done to boost up Mondesi’s ego and give him a bit of confidence going into the season. Whether or not he performs as well as Ned imagines is another issue, one that we will find out soon enough. I wouldn’t be shocked to see Raul not play every day at second and shuffle into a few roles, including pinch runner. The Royals lost Jarrod Dyson this offseason and only other player on the Kansas City roster that can rival Mondesi’s speed is Terrance Gore. While Mondesi isn’t going anywhere, I’m not sold that he will remain the every day second baseman all season long.

Meanwhile, the news on Jorge Soler was not as positive:

Jorge Soler has a Grade 1 oblique strain. He'll miss a week without baseball activities. No decision yet on DL.

It appears there is a good chance that Soler will start the year on the disabled list, mostly as a precaution:

Jorge Soler also suffered a strained oblique and could be headed to the 15-day DL. Terrance Gore a frontrunner to make club.

Remember how we mentioned the Royals missing Dyson this year? If Soler does end up disabled, good chance Gore takes his spot on the roster. It’s been an interesting spring for Soler, as he has struggled, hitting .143/.254/.286 with only 3 extra base hits all spring (2 homers). I know there are some down on Soler already, but I feel it important to stress a couple of things here. For one, he has had only one major league season of more than 400 plate appearances and still doesn’t have a full season under his belt. Two, he is moving to a different team and was traded for one of the most dominant relievers over the last 3 years; there is a bit of stress that goes with that and trying to prove ones self. Three, he is also adjusting to a new league on top of all of this. I fully expected him to struggle for the first few months of the season and don’t feel like a knee-jerk reaction really is fair here. Soler has four years to prove his worth and while he will need to do that sooner than year four, I don’t think we will get a good estimation of what he can do until later into the 2018 season. While the injury isn’t great timing, it also might give him an opportunity to slide back into the team early in the season with a little less pressure on him.

While the makeup of the roster is getting closer to being finalized, it is interesting on how this will shake out. Gore is an interesting add, since he is almost solely on the team as pinch runner which limits his usage. If the final spot goes down to Colon or Merrifield, I have to feel like Whit loses out and possibly only because of option availability. The other factor to remember here is that Yost is not huge on using his bench, so in some ways the structure of said bench isn’t as super important now as it will be come August and September. It also appears as if Peter Moylan is poised to take the final bullpen spot, but that will also mean that the Royals will need to make a corresponding 40 man roster move, as Moylan is currently not on it. I made the comment a few weeks ago that this Royals roster is the deepest it has been in years and it is showing with the roster moves made over the last couple of days. 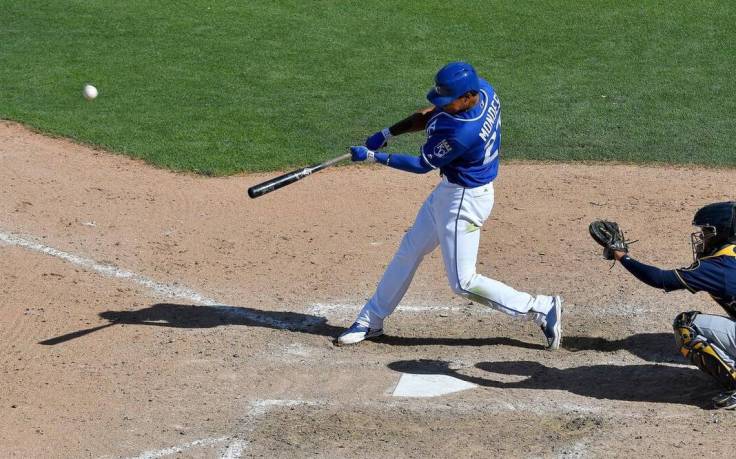 Within the next day or two we will know the Opening Day roster, as Yost wants the team to be locked in before they head to Arlington, Texas this weekend for a couple of warm-up games against the Rangers. Earlier in the spring, it was mentioned that the roster always finds a way to work itself out and it is looking like there is a lot of truth in that statement. This team is built for the long haul and is in a good spot to handle a Soler injury or to give a youngster like Mondesi a shot at a starting job. Hope springs eternal and we all hope that the Royals are right about Mondesi and Soler. Luckily, this is a team that can handle a few missteps.