Here we are: we are in the section of Spring Training where you can see the upcoming regular season on the horizon, but it is still far enough away that you just wish you could fast forward to games that actually count. Luckily, this also means we are close enough to camps heading north that we have a decent idea of how most team’s rosters will look. Every year I take my stab at how I think the season unfold, mostly with comical results. Here is my 2014 and 2015 predictions if you are looking for a good laugh(although I did guess fairly well on the playoff teams in 2014). I do want to reiterate one nugget of information that I’ve been preaching about the last few years: predictions are just guesses. This is just simply a fun little exercise I do before the season starts for me to look back on in October and see how far off I was. It is purely fun and that is how it should be taken. So here we go; my guesstimation of the 2016 season!

Last year I felt like no one AL East team stood out from the rest and any one of those teams could step up and win the division. There is still a feeling of an openness, but with a little more division in the way of talent. The Blue Jays look to be the team to beat, as they are returning a large portion of their division winning team and have a top-notch offense to carry their team. While Boston returns most of their roster that struggled in 2015, there is a belief that there is no way they are as bad this year…especially now that Hanley Ramirez is not in the outfield and they have David Price anchoring the rotation. The Yankees could make a run again, as they have one of the deepest bullpens in baseball. My main issue with them is the aging stars(Beltran, Sabathia, A-Rod, etc.) holding back the rest of the team. Tampa has some great pitching but what will they be able to do offensively? Then there is Baltimore. I want to root for the Orioles to surprise everyone this year, but I’m not for sure it will happen. Sure, Chris Davis is back(which I think is good) but not much has been added to the roster. Pedro Alvarez and Mark Trumbo might add some needed pop, but what will Baltimore lose if/when either plays on defense? Yovanni Gallardo will give the team innings, but how efficient will he be? As you can see, there seems to be more questions than answers with Baltimore, and that scares me. 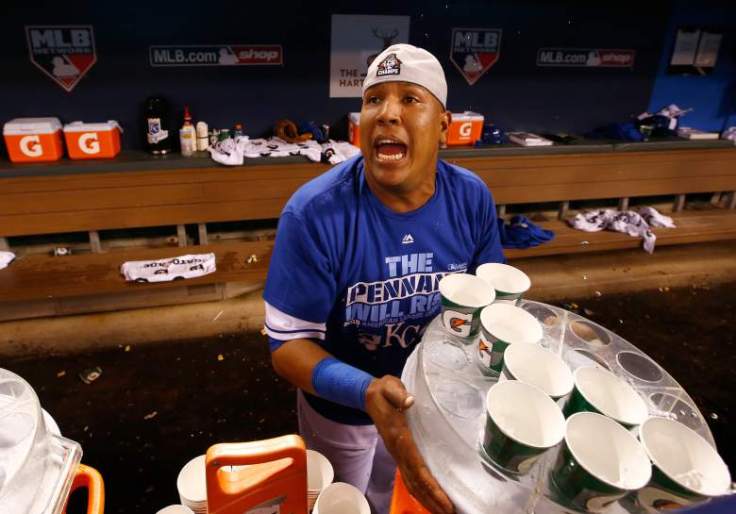 This is always my hardest division to pick, as I am a lifelong Royals fan. Saying that, the last two years I have not picked the Royals to get to the playoffs and both years they made it to the World Series. So why pick them now? In all honesty, I really believe they have the most talent of any team in the division, thus my pick to sit on top of the AL Central. Behind them I see a cat fight for second between the Twins and Indians. I’ve gone back and forth on who should be where, but alas I went with Minny in second and Cleveland third, as I really like(fear?) the talent accumulated in the ‘Twin Cities’. Detroit and Chicago bring up the back of this division in my mind, as Detroit still feels really old to me(even with the acquisitions of  Upton and Zimmermann) and despite Chicago overhauling their offense, they still don’t feel like a playoff caliber team. The interesting part here is that I could easily see a scenario where this division could be a dog fight, with five teams within 5-8 games of each other. Right now though, until someone knocks off the Royals, they have to be the favorites. 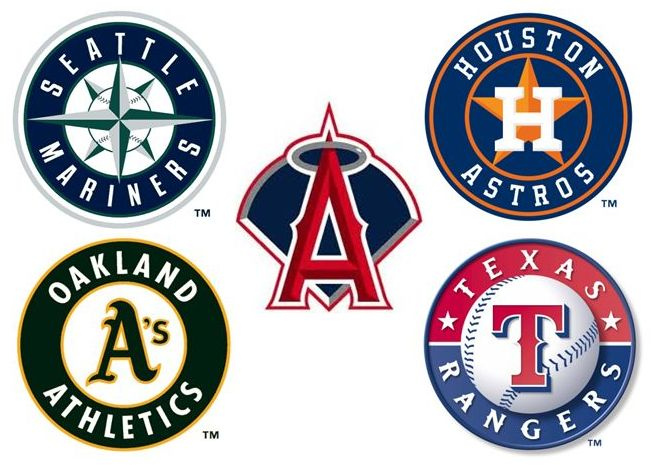 The West should be a fun division this year, if for no other reason than to see if it is competitive or if the Astros and Rangers dominate the division. Houston has to be the favorite this year, as they not only will try to build off their playoff run in ’15, but also will have Carlos Correa and Lance McCullers(once he returns from injury) from day one of the season. I really like what the Rangers management has done with this team and tend to believe they will be a serious contender this year, especially if Yu Darvish is able to return to his old form. Jerry DiPoto has done an admirable job trying to fix the Mariners roster, but it feels like an uphill battle for the team this year, with success more likely in the future. What can you say about the Angels and A’s? I would probably have the Angels in last if not for Mike Trout and his ability to carry this team on his back. But Angel’s management is a mess  and only slightly worse than their farm system. The A’s seem to just be biding time until their next wave of prospects can start infiltrating the major league roster. Oakland might not be as bad as they were last year, but I can’t see them being serious contenders in 2016.

Last year was supposed to be the Nationals’ year, as many(myself included) figured they would end up in the World Series. Instead, a late season collapse left them on the outside looking in and costing Matt Williams his job. Now Washington has retooled their roster while adding known players’ manager Dusty Baker to the fold. While Baker is about as old school as they come, players love him and I tend to think he will make a big difference in that locker room this year while losing some of the team’s tension. The Mets will be right on their tail and look to repeat as National League Champions this year. The Mets pitching will take them far, but the offense will be the real deciding factor in New York. Miami has added a new manager(Don Mattingly) and a new hitting coach(Barry Bonds) to shake up a young and talented Miami team. One has to be curious as to how lethal the Marlins could be if they can get a full season out of Jose Fernandez and Giancarlo Stanton. Atlanta stocked up on prospects this winter and are left with Freddie Freeman and a cast of other players for the Braves this year. They might not make much noise this season, but the Braves are looking good in the next couple of years. The Phillies? Well, they won’t be very good but a few steps were taken to improve on a dreadful 2015. So there is that. 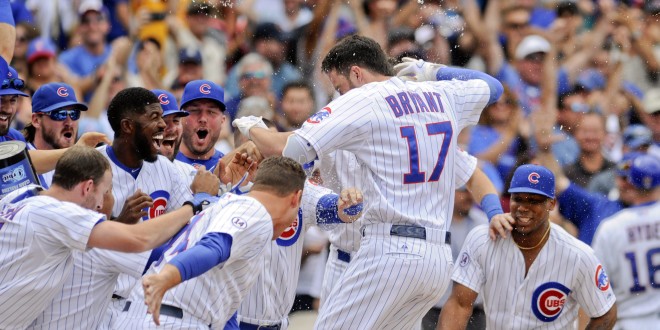 2015 saw the NL Central send three teams to the playoffs. I have to believe that won’t happen two years in a row, which might leave the Cardinals missing the playoffs this year. The Cubs are the early on favorites not only to win the Central, but also to win the World Series. One has to think Chicago will grow on their stellar 2015 and are looking to win their first world championships since 1908. The Pirates will look to be hot on the Cubs heels and it’s hard to argue with the success this team has had the last couple of seasons. My guess is that Pittsburgh will join Chicago in the playoffs comes October. That would leave the Cardinals on the outside looking in, as they lost more than they gained this past offseason and are betting on a number of veterans like Matt Holliday and Yadier Molina to bounce back this year and stay healthy for the Cardinals to be real contenders. That being said, I find it hard to count St. Louis out. The Brewers won’t be horrible but they won’t be great and the Reds from the outside look to have a few good pieces but are multiple players away from being contenders.

The West could be a lot of fun this summer and I could envision a scenario where the top three teams in the league could be shuffled in any order. My pick is for the Giants to come out on top, as they bolstered their starting pitching with the acquisitions of Johnny Cueto and Jeff Samardzija and adding Denard Span to help the defense. Throw in their main nucleus of Buster Posey, Hunter Pence, Brandon Belt and Madison Bumgarner, and give them a future Hall of Fame manager(Bruce Bochy), and you have the makings of a division title. Oh, and the Giants win in even years; there is that too. The Dodgers look to be in the discussion as they have Kenta Maeda replace Zack Greinke in the rotation while their best pick up this winter being manager Dave Roberts. The Dodgers will be in the running but chemistry is a big part of their story yet again this year. Arizona went out this offseason and made some good transactions(Greinke) and some head-scratchers(Jean Segura??). How far the Diamondbacks go this year will be determined by how the younger talents like AJ Pollock and Patrick Corbin perform. At this point San Diego and Colorado are afterthoughts. Neither seem to have much direction nor a captain to steer them away from rocky weather. It could be a long season for fans of both.

Rookie of the Year: Byron Buxton 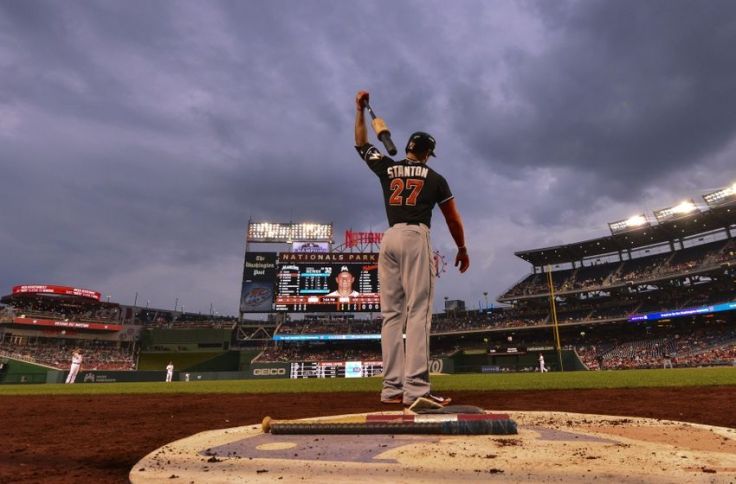 Rookie of the Year: Corey Seager

So there are my guesses on the upcoming 2016 campaign. I look forward to revisiting this come October and laughing about how far off I was. One of the great things about baseball is every spring we make our predictions on how we think things will evolve, yet we rarely guess correctly. I love the fact that they play six months of games to determine who plays in the final month and what happens in April doesn’t always dictate what occurs in October. The season is a grind and much like a good book it will have a ton of twists and turns to question just where your team ends up. There is a reason they play the games; what would be the fun of the season being decided by guesses? The drama of baseball is what keeps bringing us back and keeps us on our toes. I love this damn game and can’t wait to see how this season unfolds. I can promise you this; you won’t see it coming. Play ball!

2 thoughts on “Guesstimate: My 2016 MLB Predictions”