Baseball, like any other sport, is a constantly evolving game, one that is a reminder of one’s youth while also parading the youth of today. It is also a game that’s history holds more weight than any other sport, a history that seeps into almost every baseball conversation as the players of today look to stamp their name in the annals of history with the likes of baseball immortals. There is always a former player who will comment on the changes in the game, mostly just fondly remembering the game and how it was in their day. But sometimes a legend steps over the proverbial line in the sand, taking aim at not only the game but individual players who they feel don’t hold up to the standards of yesteday. Goose Gossage went on a tirade on Thursday that will forever change how he is viewed by everyone in and out of baseball, and not in a positive way. 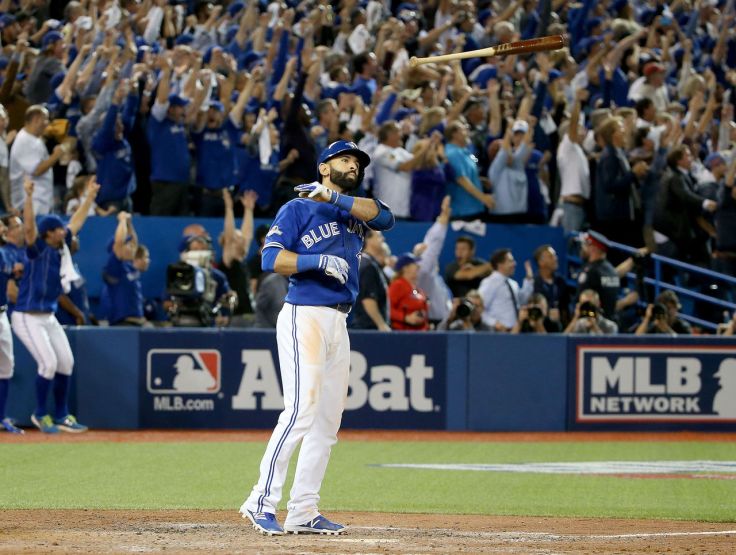 Let’s start with the interview in question. You can check it out here in all of it’s glory. If you aren’t a fan of salty language you might want to bypass on clicking on the link. Gossage’s main beef was with Blue Jays outfielder Jose Bautista and more accurately his bat flip in Game 5 of the ALDS:

“Bautista is a f—ing disgrace to the game,” Gossage told ESPN. “He’s embarrassing to all the Latin players, whoever played before him. Throwing his bat and acting like a fool, like all those guys in Toronto. [Yoenis] Cespedes, same thing.”

If you have read this blog before you will know I am not the biggest Bautista fan in the world. Great player, a needed cog in the middle of that Toronto order, but not a great leader for the younger Blue Jays’ players. But to say he is a disgrace to the game is a bit much. All this because of a bat flip? There is an argument to be made that pitchers are allowed to pump a fist here and there and celebrate after getting a big strikeout. The batter’s equivalent is the bat flip, and none were bigger than at that point in the ALDS. I’m sure that Gossage, as a former pitcher, is of the thinking that a batter should never get to celebrate any big play, no matter the circumstance. It’s even worse when you factor in that he is ’embarrassing to all latin players, whoever played before him’. I’m not going to point a finger and say ‘racist’, but it would have been just as easy to say ‘all players who came before him’. Singling out the latin players wasn’t a smart move on Gossage’s part. Luckily, Bautista took the high road on Goose’s comments:

“He’s a great ambassador for the game,” Bautista told ESPN after being informed of Gossage’s comments. “I don’t agree with him. I’m disappointed that he made those comments, but I’m not going to get into it with him. I would never say anything about him, no matter what he said about me. I have too much good stuff to worry about his comments. Today is my first game [of the spring], getting ready for a new season; hopefully, we will whoop some more ass.”

Kudos to Joey Bats for not taking a shot back. Although, it didn’t stop him from getting a bit cheeky:

Bautista sees a fan with a huge moustache and yells: "You came to apologize, huh?" #Bluejays #Jays #LooksLikeGoose pic.twitter.com/KZESL4APoW

Bautista 1, Gossage 0. It does appear as if Gossage speaks for a number of old school players who would prefer players not show excitement or to be exuberant whenever they accomplish something big during a game. This is something that needs to change.

For the longest time baseball has been so tied to tradition that the fun aspect of the sport is sometimes thrown in the corner and not allowed to be a part of the game. This has caused generations of kids to decide to go play other sports, sports that allow more personality from their players and allow them more freedom. Bryce Harper of the Nationals, the reigning NL MVP, has taken baseball to task for just that, claiming baseball is “a tired sport, because you can’t express yourself. You can’t do what people in other sports do. I’m not saying baseball is, you know, boring or anything like that, but it’s the excitement of the young guys who are coming into the game now who have flair.” Harper continued: “If a guy pumps his fist at me on the mound, I’m going to go: ‘Yeah, you got me. Good for you. Hopefully I get you next time.’ That’s what makes the game fun.” In a sport where salaries are larger than anywhere else, it is sad to see young fans gravitate to other sports, when sometimes all it would take is a little leniency in some of the rules. This is especially true for the unwritten rules of baseball, which are mostly nonsensical, out of date and interpreted in different manners from different players. Sometimes it is good to remember that this is a kid’s game, played by adults who get to make a healthy living off of it. Harper is right and old school players like Gossage should want more kids to love baseball the way they do, which means allowing looser rules on celebrations and discarding the majority of baseball’s unwritten rules.

Sorry for the detour; back to Gossage. Goose would go on to complain about the sabermetric community and their affect on baseball:

“It is a joke,” Gossage said. “The game is becoming a freaking joke because of the nerds who are running it. I’ll tell you what has happened, these guys played rotisserie baseball at Harvard or wherever the f— they went, and they thought they figured the f—ing game out. They don’t know s—. A bunch of f—ing nerds running the game. You can’t slide into second base. You can’t take out the f—ing catcher because [Buster] Posey was in the wrong position and they are going to change all the rules. You can’t pitch inside anymore. I’d like to knock some of these f—ers on their ass and see how they would do against pitchers in the old days.”

My first instinct when reading this was to laugh. Yes, that is how serious I took these comments. As someone who loves stats, loves advanced metrics and believes they have just as much of a place on the game as a solid hit and run, I find it comical that Gossage feels he needs to blame “nerds” for ruining the game. Maybe it’s just me, but what advanced metrics gives you is a deeper look at the game, especially when it comes to the true value of a player. What is even more laughable about his comment is that if sabermetrics had been around when he was playing, he would probably be a guy the SABR community would applaud. If you look deeper at his words, it sounds more and more like Goose wished baseball was played more like a game called “Beanball”, where if anyone steps out of line or does something that the opposing player doesn’t like, then you must hurt him. I guess Gossage just wishes the game was more violent. Maybe he would be appeased with gladiator fights in the Roman Colosseum. Honestly, it really shows ignorance on his part to act like more players getting injured and unable to play is the better direction for baseball to go. To say Gossage is out of touch would be an understatement.

The most discerning part of Gossage’s comments are the fact they come across as bitter. Bitter because of change. Bitter because he doesn’t understand how the game has evolved. Bitter that he isn’t at the forefront of anything anymore. I am as big a proponent of “old school” as there is. I think players should know the history of the game and understand how the game was played before them. If a former player wants to give advice to the current crop of youngsters, I feel like they should listen and take note of the life lessons they are being taught. I honestly believe there is a place in the game for former players and they can help enhance the development process of many a young player in the game of baseball. But there is no place in the game for the ignorance spewed by Rich Gossage. The only thing to learn from what Gossage spit out is what not to do. There is a place for Gossage in this game(especially as a Hall of Famer), but not if this behavior is what he brings to the table. Unfortunately, there is a chance this will be what he is remembered for. Or this:

But I will remember him for this:

Sorry, Goose. The game will evolve, with or without you. It’s up to you to make a choice whether you want to be a positive or negative part of the past, present and future.

2 thoughts on “Outdated and Irrelevant”