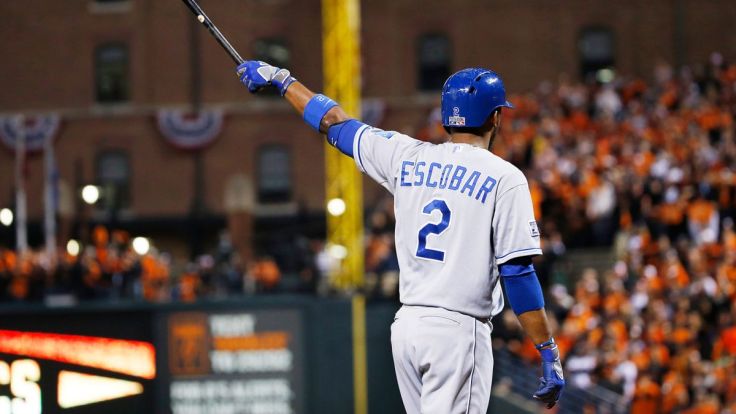 One of the fun things about Spring Training is that anything is possible, and the opportunities are endless. In fact, every spring is spent with fans trying to predict how their favorite team will stack the lineup to start the season. In some ways it is a pointless activity but it’s always interesting to compare how you would position the starting lineup as opposed to the manager in the dugout. With that being said, here is how I would stack the starting nine for the Kansas City Royals to kick off their 2016 campaign. 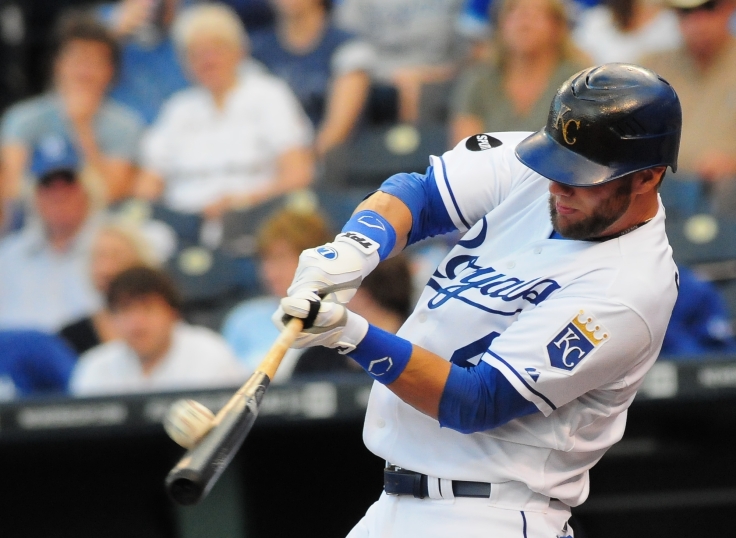 Batting leadoff would be left fielder Alex Gordon. Years ago Gordon was actually the regular at the top of the order but the Royals have spent the last few years trying to utilize some of his power and put him anywhere from fourth to eighth in the order. My reasoning for having Gordon leadoff is that he is one of the few Royals to put up a good walk rate, has decent speed and has proven success in this role. I really like Gordon’s ability to get on base and feel like it is best suited for this spot in the lineup. I know it is highly unlikely this will happen, but Gordon would be my choice. 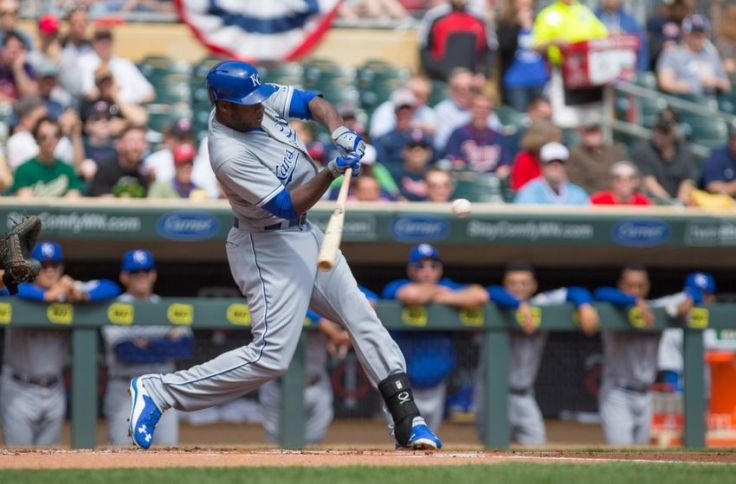 Batting in the two hole would be Lorenzo Cain. Last year Cain spent most of the year in the third spot in the order and turned in a career year that netted him a third place finish in the American League MVP vote. Now, it might seem odd to move Cain out of the third spot after the year he had, but I like having the Royals best two players hitting back to back in the order, as it allows Cain use his speed a bit more early in the game and makes it harder for pitchers to pitch around the Royals top of the order. I have no issue with Cain batting third, but I would like to see what he could do batting second. 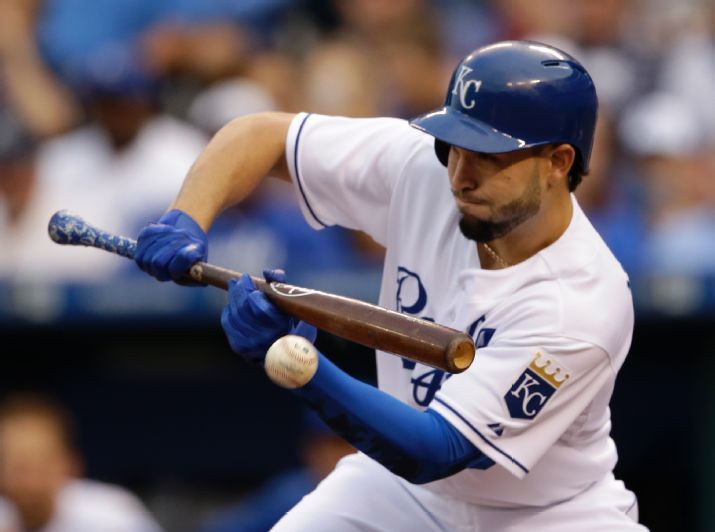 Hitting third in my Royals batting order would be Eric Hosmer. It’s long been said that you bat your best hitter in the third spot in the order and this could be the year that Hosmer takes that leap and puts up MVP caliber numbers. Hosmer put together a solid 2015 campaign and was an RBI machine in the postseason. If Gordon and Cain got on base consistently, Hosmer would get even more RBI opportunities and give the Royals more runs on the scoreboard. Batting Hosmer third could be a win-win situation. 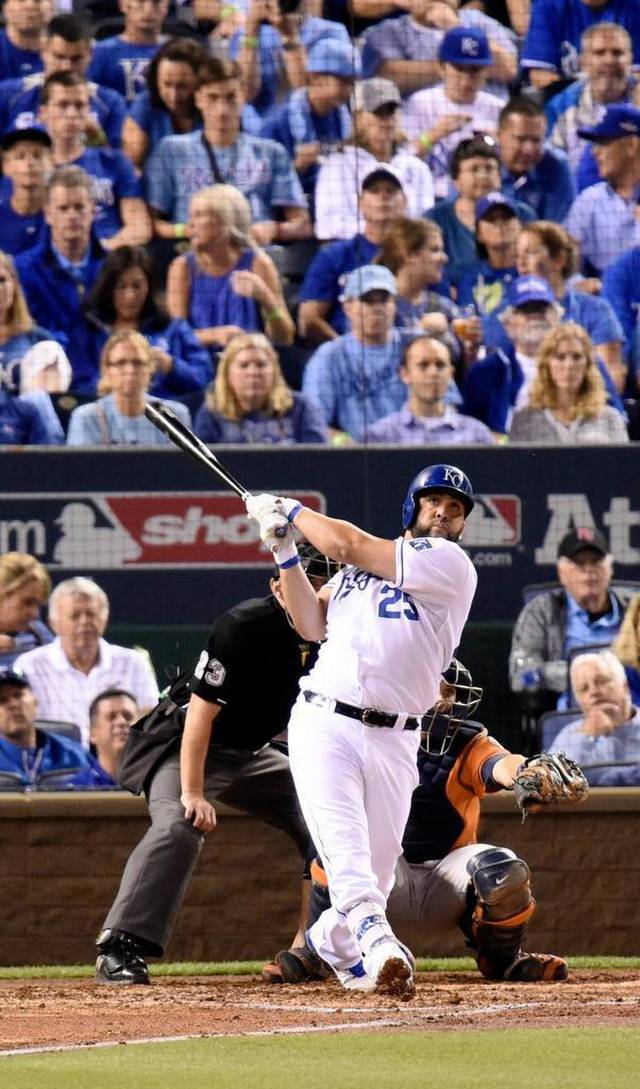 The “Cleanup Spot” could go to Kendrys Morales, the Royals RBI leader in 2015. The four hole has long been where you plug in your power guy and Morales is that for Kansas City. Even if we see a slight fall in extra base hits, Morales batting cleanup would give Morales even more of a chance to drive in runners than he did last year batting fifth. 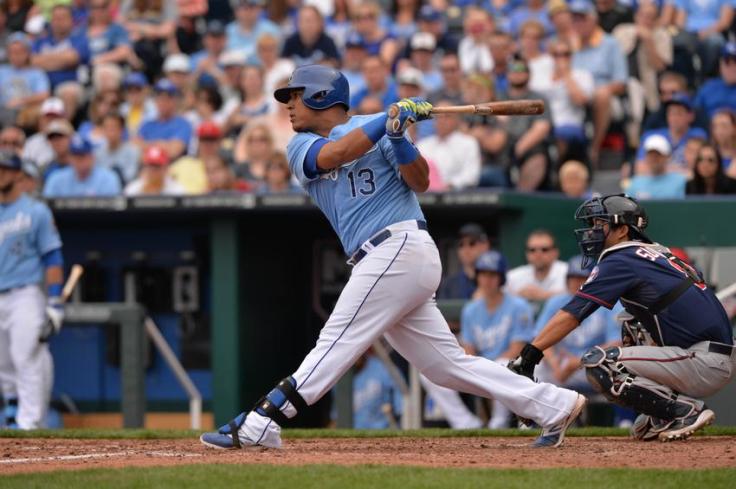 In the fifth spot would be Salvador Perez. Salvy isn’t the most patient hitter in baseball, but he did put up career high home run totals in 2015 and could see better pitches hitting behind Morales. Now that Perez is signed long-term in Kansas City, its time to give the man more rest and one has to wonder if his offensive numbers would hit an upward trajectory with more time to rest his weary bones. 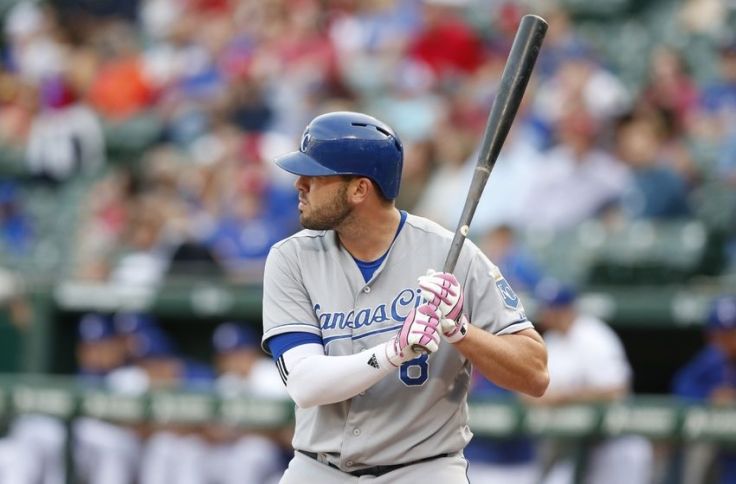 Despite coming off of a career season, I would bat Mike Moustakas sixth this season for the Royals. Moustakas looked like a changed man the first few months of the season, as he consistently was hitting the ball to the opposite field, forcing teams to scrap the shifts against him which were prevalent in 2014. The second half of the 2015 season saw him pull the ball at a greater rate, although still occasionally taking the ball the opposite way. So which player is Moose? I would like to say he would be more like the guy we saw in the first half of the season, but we will have to wait and see. If he continues to show that growth this season then he is more than capable of batting back near the top of the order. I would prefer to be convinced first before sliding him back.

The seventh, eighth and ninth spots in the order are pretty interchangeable, but I would go with Omar Infante/Christian Colon batting seventh. Infante will probably win this job and if he does he is good to bat near the bottom of the order while still occasionally driving in some runs from this spot. 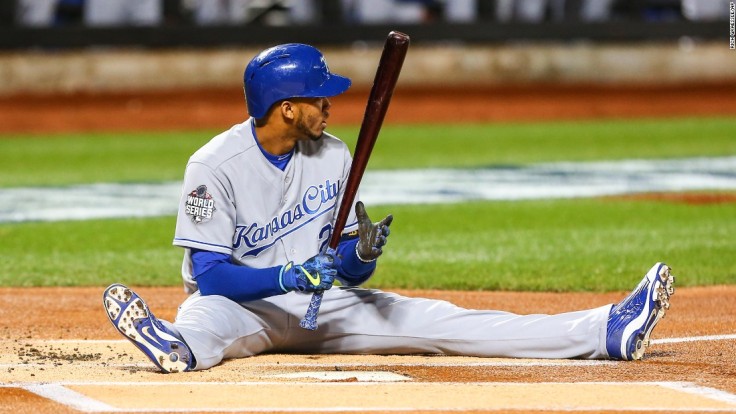 Eighth would be Alcides Escobar, the man who Ned Yost will have lead-off this year. None of us can explain why it works, but batting Escobar at the top of the order, a guy who rarely walks and batted .257 last year, seemed to be a sparkplug for this Royals team during the playoffs. Honestly, Escobar just doesn’t get on base enough for my taste, which is why I would bat him near the bottom of the order. We know how this will play out, but Escobar’s bat seems to justify me batting him eighth in the Royals batting order.

Batting at the bottom of the Royals lineup would be the Jarrod Dyson/Paulo Orlando platoon. I really like batting these two here for two reasons. First, neither will produce much offensively and will see the least amount of at bats in this spot. Second, if they do get on base, their speed could be utilized when the batting order flips back around to the team’s best hitters in Gordon and Cain and you could even see the hit and run used quite a bit. I actually think batting the right field duo here is the perfect spot for them.

So how do I think the line-up will actually shake out? Knowing manager Ned Yost and what he has said so far this spring, the line-up looks to be Escobar, Moustakas, Cain, Hosmer, Morales, Gordon, Perez, Infante/Colon, Dyson/Orlando. It’s not too far off from the batting order we saw in October last year and that seemed to work out okay. How would you stack the Royals? Who knows what would actually be the most productive order for the Royals, but it sure is fun moving it around to see what comes out of it.