Last week I was posed the question of whether there was anyone in Kansas City Royals camp that could surprise the team this spring. I discussed a few non-roster invitees, but no prospects and there are a few reasons for that. For one, this team is pretty close to a set roster and will only have a few spots open for competition. The other reason is that there are very few Royals prospects on the verge of breaking into the big leagues. If you look at the top of most prospect lists for Kansas City, you will see Raul Mondesi, Kyle Zimmer and even Bubba Starling taking up space. Starling is probably (at the least) another year away, while Zimmer has to stay healthy first before he can be considered to help Kansas City this year. I do believe we will see Mondesi this year, in fact I wouldn’t be shocked if he is the starting second baseman by August. Defensively he is ready, but his offense is still a work in progress. But after these three? Well, the farm system has taken a hit the last few years, and is currently anywhere from 18 to 23 in most MLB depth lists. Is that a fair position to put the Royals farm system in?

I believe so, since the team lost a number of top prospects this past summer in the Johnny Cueto and Ben Zobrist trades. Sean Manaea  went to Oakland for Zobrist and he is now the A’s top prospect. Cody Reed was a part of the Cueto deal and he is currently number two on the Reds prospect charts. This is all without mentioning Brandon Finnegan, the former number one draft choice who was dealt with Reed to Cincinnati last summer. It sounds like a lot of talent dealt, and it was, but think of it this way; without those trades, the Royals probably aren’t world champions, so at the end of the day it was worth it. The other thing to remember is that a number of main talents are in the lower minor leagues for Kansas City, players that have been stockpiled over the last few drafts. Guys like Foster Griffin, Nolan Watson, Ashe Russell, Ryan O’Hearn and Chase Vallot are all players you should store in the back of your mind for future reference, although none will be seeing the major leagues anytime soon. The Royals front office and scouting department has done a nice job over the last few years re-stocking their minor leagues with players who will hopefully be the next wave of talent that rises through the minors together, but they won’t be part of the big picture for a few more years. So who could we see this year in Kansas City? 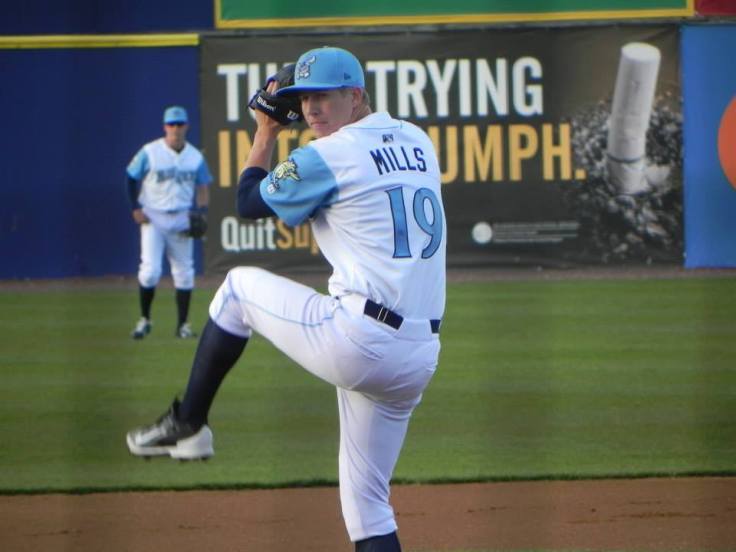 There are obvious choices, like Cheslor Cuthbert and Miguel Almonte, players we saw off and on throughout the 2015 campaign. A few other prospects worth mentioning are Matt Strahm and Alec Mills, two pitchers who have steadily risen through Kansas City’s farm system. Strahm is a lefty who could see some time out of the bullpen this year, while Mills is another power arm with a nice array of pitches in his arsenal. Mills finished the year in high A ball, striking out 111 batters while walking only 14. Either guy could be contributing for the Royals out of the bullpen by the end of the year.

So there are prospects that can contribute this season, but not many. Just looking at the surface, it appears the Royals have neglected the farm. But in reality it is a steady process that will take a few years to fully bloom. This is what happens when you win; you don’t get the higher draft picks that are on the fast track to the big leagues. Instead you accumulate arms and athletes and hope a few over-exceed expectations. The future is bright, but it gleams brighter the deeper you look.