Throughout the 2015 season, there was always speculation on who should be playing right field for the Kansas City Royals. Alex Rios was the incumbent at the position, but his lackluster play throughout the summer(plus the myriad of injuries and illnesses) made one wonder if the Royals would be better off employing a platoon in right of Jarrod Dyson and Paulo Orlando. Rios would actually put together a good September and a solid postseason for Kansas City, so this question seemed rather moot by the end of the season. But that question looks to be finally answered, as manager Ned Yost confirmed at Fanfest that the Royals would likely be employing “some sort of platoon” of Dyson and Orlando to start the 2016 season. So this begs the question: just how productive would a Dyson/Orlando platoon be?

Jarrod Dyson has been an intriguing player for his entire career, mostly because of his speed. Dyson has game-changing speed, the kind that any team would covet, which it appears he was this offseason:

Jarrod Dyson is the Royals player that drew the most trade interest from other clubs, according to JJ Piccolo. https://t.co/NXCsa9yyA2

The Royals, over the years, have done a good job of taking advantage of that speed but not misusing Dyson to where his flaws would be more prominent. Offensively, Dyson is slightly below league average throughout his career(career 83 OPS+) while stealing bases at an 86% clip(he has only been caught stealing 23 times in his career out of 169 attempts). Dyson doesn’t accumulate very many extra base hits, as he has only 61 over his 6 year career, mostly doubles and triples. His main issue has been hitting lefties, which has been a major struggle for Dyson. Over his career, Dyson has a line of .211/.288/.249 against left-handers, striking out 21% of the time against them. For the most Kansas City has sheltered him against this struggle, as he has only accumulated 243 plate appearances against lefties in his career. Defensively, Dyson is above average(which is shown by his WAR, 9.6 over his career in limited action), which is a major reason why the Royals are set to go with Dyson getting the majority of the time in right this year. His UZR is well above average, while he has racked up 43 DRS(defensive runs saved) in limited playing time over his career. Dyson doesn’t always take great routes, but he normally makes up for it with his speed. I know there was a prevalent thought by the national media in 2014 that Dyson was a better defender than Lorenzo Cain, but that couldn’t be farther from the truth. A lot of Dyson’s flaws are hid by his speed, which helps him get to balls that most players would not, while Cain actually is a more than average efficient defender. Dyson probably won’t provide much pop(and he probably should bat near the bottom of the order)but his speed and defense should make it alright for the Royals to start the year with Dyson getting more than usual playing time. I would even say Dyson could top 50 stolen bases in a year if given the time to do it. But he won’t see all the time in right field… 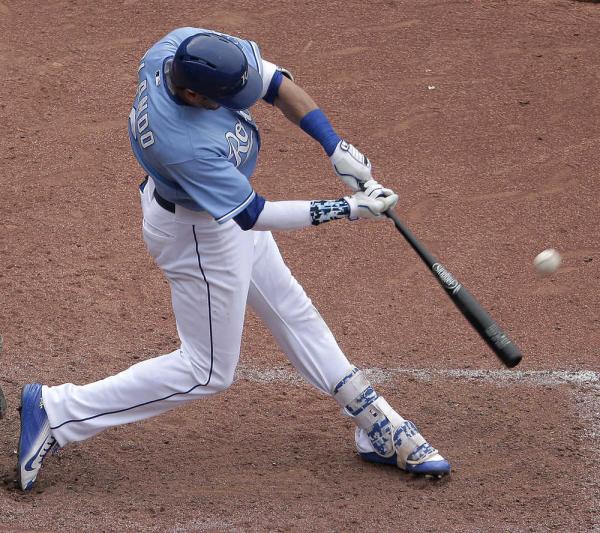 Paulo Orlando is entering his age 30 season, coming off a rookie campaign that saw him in the middle of a number of big Royals wins while getting a decent amount of playing time due to Rios and Alex Gordon spending time on the disabled list. Orlando became a fan favorite early on, for his great defense and propensity to hit triples. Over time, his flaws showed the more he played, so much like Dyson, Orlando platooning with Jarrod would help his productivity. Orlando had a line of .249/.269/.444 in 2015 with an OPS+ of 90 and a WAR of 1.0. Paulo has some pop in his bat and was a sprinter in Brazil before beginning his baseball career, so he is also exceptionally fast. He also became a regular defensive replacement late in the season for Rios, as he is another above average defender in the Kansas City outfield. Orlando probably wouldn’t be a good fit for the Royals as a regular, but splitting time with Dyson should help hide some of his flaws while also giving him a chance to add some production for the bottom of the order.

I know there will be a few Royals fans that will bring up minor leaguers Brett Eibner and Jose Martinez as possible players to see time in right field, but barring a major injury I can’t imagine either will see much time in Kansas City in 2016. Eibner had a good year in Omaha in 2015, putting up a line of .303/.364/.514 with 19 home runs and 81 RBI’s, pretty much a career year for him in the minors. Unfortunately, the Royals see him as a fourth outfielder type who would only really see time in the big leagues because of an injury or if he really tore it up in AAA in 2016.Martinez literally came out of nowhere in 2015 to post a .384/.461/.563 line and win the PCL batting title for Omaha. Martinez had bounced around for quite awhile with the White Sox and Braves farm systems, never getting higher than AA. Martinez is entering his age 27 season and while he did open a bunch of eyes with his batting last season, there are just as many people wondering if it was a fluke or if he is able to repeat that performance. If he shows last year wasn’t the outlier of his career, then it’s possible we could see him up with the Royals at some point. But that is a big ‘if’ coming from a guy Kansas City found in the independent leagues. There is one more possibility for time in right field this year, and that is Travis Snider. I discussed his chances earlier this month, which look very promising. I see Snider getting a decent look this spring and could even force his way onto the Kansas City bench if things go his way this spring. Snider is the most intriguing of this bunch, as he still seems to have some potential in him that could be untapped, especially if hitting coach Dale Sveum gets ahold of him and teaches him the ‘Royal Way’ of putting the ball in play. 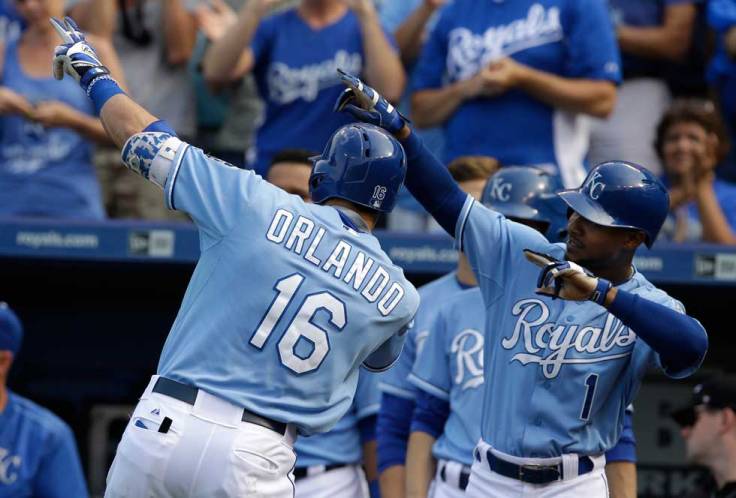 So with all that thrown out there, here is the big question: would a Dyson/Orlando platoon produce more than last year’s right fielder Alex Rios? For this exercise, I decided to use Steamer Projections to compare the expectations from Rios for this year(if he ever signs with a team; I have literally seen nothing this winter connecting him to any team–at all) to Dyson and Orlando. Steamer has Rios with a line of .249/.287/.369 with 6 home runs and 33 RBI’s(in a projected 76 games). Dyson is set at .250/.309/.341 with 3 homers and 31 RBI’s, while Orlando is projected to hit .254/.289/.363 with 4 home runs and 23 RBI’s. Just looking at the numbers, it looks like average and on-base would be close, with the Dyson/Orlando platoon maybe accumulating a better OBP. It probably seems obvious, but Rios has the better slugging percentage, although one wonders if Dyson would get a few more extra base hits with the added playing time. The stats are eerily similar when putting them up against each other, so offensively it would seem to be fairly close to even, with Rios adding a touch more power while  the Dyson/Orlando combo would add more speed. Throw in that Jarrod and Paulo are both better defenders than Rios, and it would appear the Royals might be slightly improved this year in right with the two of them platooning. Oh, and cheaper as well, with Dyson and Orlando combined making just over $2 million this year while Rios cost the Royals $11 million in 2015. Advantage would seem to favor the 2016 Royals at this point. 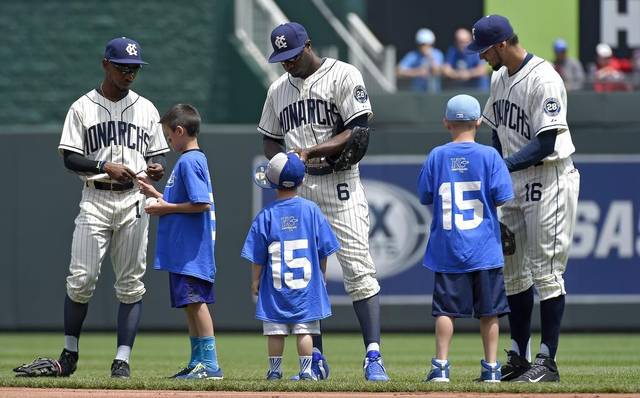 But will this scenario play out all year? Probably not. As much as the Dyson/Orlando platoon in right field can suffice for Kansas City to start out the year, it would seem sensible that the team would look to improve the position before the July trade deadline. The team wouldn’t have to go out and get a top of the line right fielder, but an outfielder that could handle the job full-time while providing more offense could be found and probably not at an insane cost for the Royals. This would also open the team up to using Dyson in more pinch running situations while allowing Orlando to be a late inning defensive replacement if the new right fielder wasn’t skilled as such. As long as the Royals are contending I have to believe this is how the situation will play out and it actually is a best case scenario. The fact that the Royals are in a position where they spend a few months this summer finding out the true value of Dyson and Orlando while also knowing they can always go out and pick up another outfielder is a position that Kansas City has been fairly foreign to until the last few seasons. Dyson and Orlando are both valuable pieces of the Kansas City Royals roster, but their true value is as part-timers. I’m sure we will revisit this subject again come July but I lean toward having the same answer. The platoon will work for now, but definitely not the long-term answer for Kansas City.