The question has been asked nonstop since the Kansas City Royals wrapped up their second championship at the beginning of November, and it will continue to be asked until there is a definite answer: will Alex Gordon re-sign and stay a Royal, or will he leave the only place he has known as home? It’s a question that will nag at most of us Royals fans until a decision is made. But the real question that should be pondered is whether or not the Royals should invest long-term in one of the best players in Royals history. That seems crazy to say, right? It does, but follow me on this. 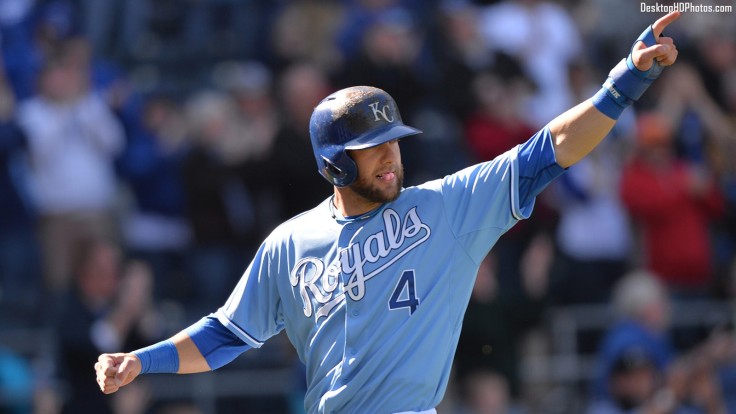 I should start this with my personal feelings on this matter: Alex Gordon is my favorite player on the Royals, so from a selfish standpoint of course I want him to come back to Kansas City. But sometimes, even if it would break your heart from a fan standpoint, it makes more sense to view a player’s return based on how it would affect the team going forward, both on the field and on the payroll. Obviously just based on the next couple seasons, it makes sense to have Gordon in the fold. The Royals seem to have a small window to contend with this group of players, as right now Eric Hosmer, Mike Moustakas, Lorenzo Cain and Wade Davis would all be possible free agents after the 2017 season. With little help on the horizon prospects wise for Kansas City, it would appear the Royals chances of continuing this great run will be closing soon. Bringing back a player of Gordon’s caliber would help this team not only contend in the present, but be a great veteran presence for the younger players whenever they make their way to the big leagues. Now the issue to this is that Gordon wouldn’t just be signing a 2 or 3 year deal if he comes back.

The word on contract negotiations are that Gordon would be getting either a 4 or 5 year deal with whomever he signs. Add in the price tag of anywhere from $16-20 million a season and team like the Royals would be making a big commitment to one player for not just a season or two, but into 2020 possibly. When you add in the factor of all the players mentioned earlier that could be on the market after the 2017 season, and you can see where locking in a player for that long term could handcuff Royals GM Dayton Moore in more ways than one. Let’s do a little bit of math here: if Kansas City pays Gordon anywhere from $18-20 million a season, Gordon’s contract alone would take up about 15% of the projected $130 million dollar payroll for 2016. For one player to take up that substantial chunk of the payroll is a bit daring and he would have to be a player worth the risk. So is Gordon worth that?

The easy answer is ‘yes’. Gordon not only has been an above average offensive player over the last 5 years, but is possibly the best defensive left fielder in baseball(yes, I see you, Starling Marte) and is the backbone of this Kansas City team. You can bat Gordon near the top of the order(he is the abnormal Royal who actually takes a decent amount of walks and has been productive in the past at the top of the order), in the middle as an RBI threat or near the bottom as a lethal bat before a team reaches the top of the lineup again. Gordon takes good care of his body, as he is a workout fiend, to the point he doesn’t hardly ever put any sweets into his stomach. The belief is that because Gordon takes such good care of himself, he won’t regress the way a lot of players do starting in their early 30’s. If Gordon would sign a 5 year deal, he would be in his age 36 season in year 5 of the deal. I’m not saying there won’t be regression on his part; there is always some sort of regression going on, even if it is just a little bit of speed on the basepaths and reaction time on defense. But it won’t be the kind of regression that most players see during this section of their career. 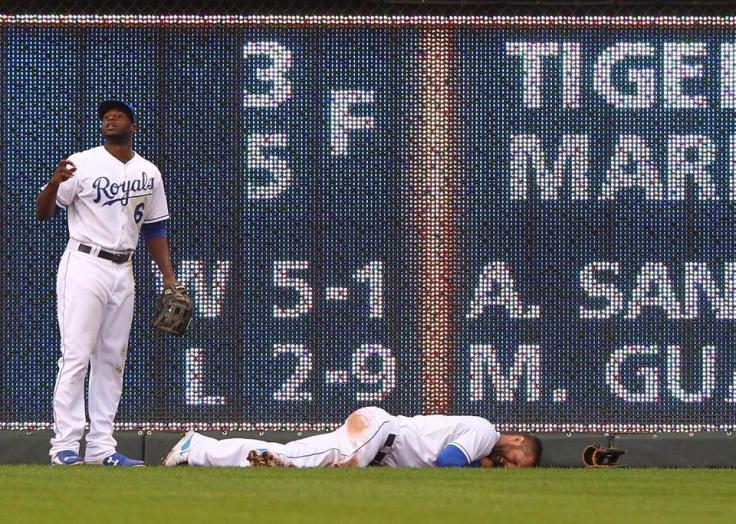 With that being said, there is an injury history with Gordon. Just this past season alone, he recovered from offseason wrist surgery to start off 2015, then encountered a groin strain that kept him out for about two months this year. This history doesn’t mean it is the norm going forward for A1, in fact it could be an outlier for him. But if you watch Gordon play, you know he goes all out on every play. With his aggressive style on defense, there is a good chance injuries could start to pile up. As a team that would be locking him in for the foreseeable future, the hope would be that this past season was not a pattern that will show up for the duration  of his contract. 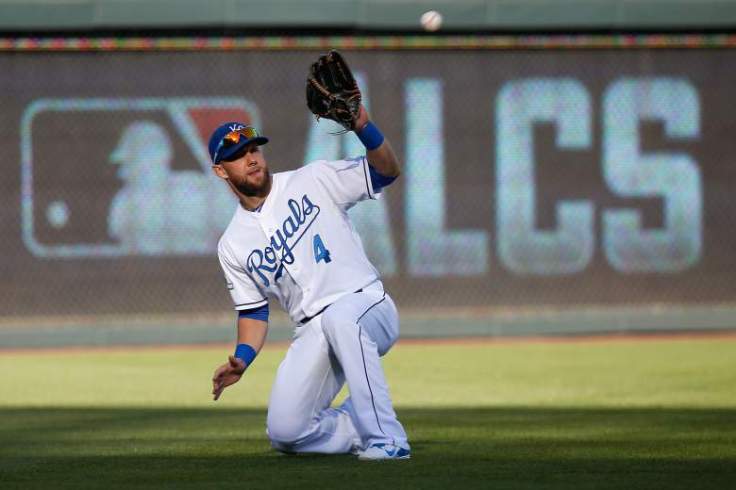 With all that being said, the main concern for Kansas City goes back to the payroll flexibility mentioned earlier. Dayton Moore likes to keep himself in a position where if he needs to move around pieces midseason he can afford to do that without having a contract on the books weighing him down. The initial thought of having a player holding down 15% of the payroll seems a bit much for a small market team like Kansas City, who can’t just go out there and compete on the free agent market with the Boston’s and New York’s of the baseball world. There has been talk that Kansas City could see their payroll up around $130 million this year, compared to last year’s $112. It makes sense, as between raises for a number of arbitration eligible players added in with any free agent signings would raise the total, especially after coming off of a championship season. It is easy to see why Moore could be leery of getting into a bidding war with another team over Gordon, as it could leave Kansas City with a contract that feels like an albatross around their neck. As much as the Royals want Gordon to come back, they also realize the financial issue it could put on the Royals payroll come 2018 and on. Or would it?

I ask ‘would it?’ because if you follow baseball you’ve probably noticed how much money is flowing in from their TV contract. Baseball is making so much money at this point that you feel at times like the higher ups in the sport are like Scrooge McDuck, swimming in a vault of money all day long. It’s conceivable in three years that even with the Royals not making the amount of revenue off of the gate like they have these last two years, they could still be sitting pretty on their own before the TV money even flows in. That could mean that Gordon’s $18-20 mill a year contract could be a steal by then and the amount of payroll he would be taking up would be much lower than the estimated 15%. Yes, David Glass might not want to spend what he is spending now, but unless the team just decides to go into total rebuidling mode(which I don’t predict will happen), Gordon’s contract would not be weighing down the team as much as one would expect. It’s even possible in three years we could be discussing how it was humorous how much concern there was giving one player in Kansas City that much money. 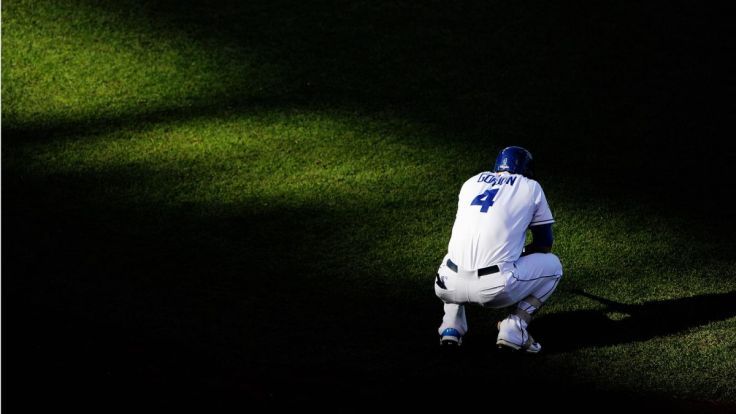 The verdict? As much as there are concerns that a big contract(like 5 years, $100 mill) could be hefty for the Royals, I think it is workable. Not only that, but knowing how Moore operates, it is very likely that there could be a couple years of mutual or player options, a portion of the contract deferred and lots of incentives, including a promise to Gordon for a spot in the organization once his playing days are over. I’ve heard the same things as everyone else on other team’s interested in Alex and how hard a push these teams will make for him; at this point we just have to wait to see what happens. What Gordon’s decision will come down to is this: how badly does he want to stay in Kansas City and what is best for his family? Only he can answer that question. What I can tell you is no fanbase will love Alex the way us Royals fans do; what he would gain by staying couldn’t be measured in dollars. Oh, and a statue. If he stays he would get a statue in the outfield. Not too shabby for a kid from Nebraska.

2 thoughts on “Should He Stay or Should He Go: The Gordon Dilemma”