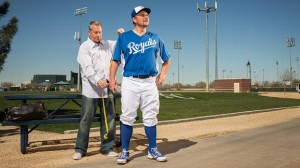 Let’s take a trip back in time, all the way back to the All-Star break last year. The night of the Home Run Derby at Kauffman Stadium, the fans loudly cheered for one of their own, Billy Butler. Robinson Cano was booed mercifully, and chants of Billy Butler echoed throughout the K because of Cano’s going back on his word about selecting Butler for the derby. The next night at the All-Star Game, Butler received a standing ovation during his introduction, and was wildly cheered every time he stepped up to the dish. For the longest time, Billy Butler has been a fan favorite in Kansas City, in fact he might even be up there as one of the most popular Royals of all time. But for whatever reason, there is a section of the Royals fanbase that has soured on Billy this year, and it is quite troubling. So what has Billy done to deserve this scorn from a number of Royals fans? I think I might just have the answer… 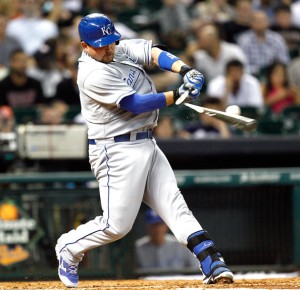 There could be a number of answers as to why Butler has taken some of the heat from the fans this year. The obvious answer off the top is he is not having the type of year he had in 2012. I had a feeling this would happen, as Billy had his best season last year and put up power numbers that he had never put up before. For years, people have felt like he should hit for more power, and last year they got it. Go ahead, it’s easy to compare the numbers. For a fan who just looks at the base numbers, Butler is under-producing and his numbers appear to be down. But if you take a closer look, a lot of the numbers are actually on par or even better than he has had in the past. His OBP is tied for his career high(heavily helped by his career high in walks. Yes, walks do matter!!), his OPS+ is the third highest of his career, and his total bases isn’t too far off from his career average. Now, with all that being said, this is a down year for Butler, and the numbers show that as well. 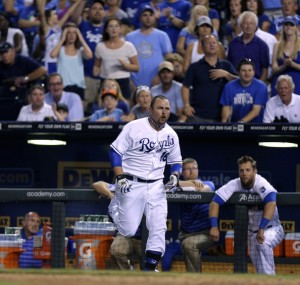 Obviously, with Butler’s power numbers down, his slugging percentage would take a hit. At this point, it would be his lowest since 2008. Butler’s RBI’s are down, but I wonder how much of that is based on a combination of him not seeing the same pitches he saw last year and the batters ahead of him not consistently getting on base. In fact, the hike in Billy’s walks have a direct correlation to him being pitched around. Butler has always had a great eye, and that has never been as evident as it has been this year. The other stat I’m sure the ‘fans with pitchforks’ will use is the one where Billy leads the league in grounding into double plays. This isn’t something new, as fans have always thrown out the fact that Butler grounds into double plays as a major flaw in his game. Sure, it’s not the best stat to lead the league in, but do you know who else is in the top 5? Dustin Pedroia, Victor Martinez, Prince Fielder and Albert Pujols. Not a bad list, huh? Since we know Butler isn’t going to become a speedster anytime in the near future, I think at this point we should just accept the fact that Billy will be on this list in the future. You don’t have to like it, but it isn’t going anywhere, 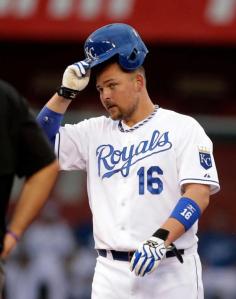 I hate to even bring up the other thing that Butler catches flak for, but it’s true. The fact that Billy isn’t a lean-mean-home run hitting machine gets thrown around quite a bit over the years. I mean, there is a reason he got the nickname “Country Breakfast”. I’m not for sure why people are so worried about his weight and how that plays into things. I could see it if it affected his hitting, but like we’ve pointed out, it’s not like he is at Francoeur-levels. In fact, history has shown that heftier players seem to do fine. Anyone hear of that Babe Ruth guy? He’s just one of the greatest players in baseball history. Boog Powell was a little hefty, and he was a hell of a slugger. Prince Fielder seems to do fine. Bob Horner was quite the power hitter back in his day. Kirby Puckett? Hall of Famer. So history shows that some extra weight isn’t a detriment. But it does play into all of this. 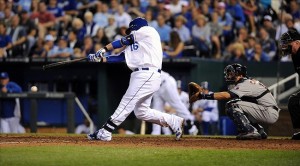 Billy Butler’s weight I really feel is where some of the anger comes from. For one, it’s easier to pick on the fat kid. Don’t even act like that doesn’t happen, or you have never done it. Second, there is a belief that a guy his size should hit more home runs, or at least that is what most casual fans would tell you. The problem is that what makes Billy a better all around hitter is that he isn’t a power hitter. Billy’s career high in strikeouts was last year, which goes along with the increase in power. Now, I know in 2013 strikeouts aren’t frowned upon as much as they used to be, but they should be. I would take the guy who is a great hitter and doesn’t strike out much over the guy who hits a lot of home runs and strikes out all the time. I actually heard someone last week say they would rather have an Adam Dunn-type over Butler. Seriously? No way is Dunn or a Dunn-type player better than Billy. Ever. I’ve always felt Butler was more of a gap hitter, which holds up if you look at his doubles numbers over the years. Butler is more a John Kruk than a Boog Powell. Kruk was a great hitter, a career .300 hitter, and was a little overweight. He didn’t hit for much power though, and Billy is in that same category. In some ways, Butler will always catch crap from fans unless he goes out there and hits thirty homers every year. It’s not fair, and not the player he actually is, but it’s a fact of life. 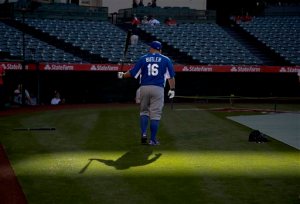 So one last time, I want you to look at Billy’s numbers this year. I fully acknowledge that he isn’t putting up quite the numbers he had last year, but there is a good chance 2012 will end up being his career year. If you go up and down the Royals roster, I’m sure we can all find flaws in all of these guys. None of them are perfect. But there are certain flaws you can live with, and others that end up costing a player his job. Billy has done nothing but hit over his seven year career, and his .295 average this year is just one telltale sign that he hasn’t having as bad a season as some think. Of all the players on this team, I’m pretty sure Butler should be one of the last ones we should be tearing down. The guy wants to end his career in Kansas City, although you wonder why with how some fans have been acting. At the end of the day, Billy Butler is not the problem with the Royals. Maybe he should be appreciated and lauded for being one of their best players instead of treated like he is Jeff Francoeur. Maybe some Royals fans should remember why they were cheering him like crazy just a little over a year ago.