Last week the finalists for the 2018 Gold Glove Awards were named and two Kansas City Royals procured their shots at gold, left fielder Alex Gordon and catcher Salvador Perez. Both are worthy recipients and Gordon was even announced on Monday as the 2018 left field winner for the Fielding Bible Awards:

The 2018 Fielding Bible Award for Left Field goes to Alex Gordon of the @Royals. He led all players at the position in Defensive Runs Saved, had outstanding numbers with his throwing arm. pic.twitter.com/0JuGKuvYDU

Both Gordon and Perez are previous Gold Glove award winners (Gordon has won five times, Perez four times) and at this point their reputation defensively is solidified within the baseball community. 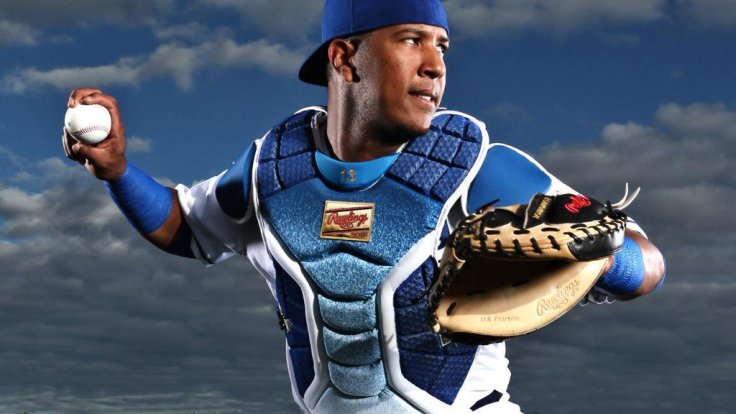 While I’m happy both guys are getting recognition for their defensive excellence, it’s hard for me to get pumped up for these awards. I want to be excited, especially since I have long felt defensive prowess is sometimes overlooked within the game compared to what is done with the bat. What I am saying is the stigma of the Gold Glove Awards not always being about defense has made it hard to take the honor seriously.

The joke for years was that it was just as important what you did offensively as what you did with the leather when it came to these awards. The best example of this is Rafael Palmeiro’s win back in 1999. In his prime, Palmeiro was actually a solid defensive player and had won the award previously in 1997 and 1998. But in 1999, Palmeiro won a Gold Glove despite playing only 28 games at first base. Yep, Palmeiro spent most of the season as the Rangers DH but was still able to win an award based on defensive excellence.

It was obvious his reputation won out (and a $50,000 bonus for winning the award) but more than anything it was a sign that the voters just didn’t put much thought into who they picked for the awards. It really felt like you could win a Gold Glove if you a.) Put together a bunch of Web Gems on Baseball Tonight or b.) had a proficient offensive season. While Gold Gloves were handed out to good defensive players quite often, there was no guarantee they would win the award.

But over the last few years that has changed. Back in 2013, statistics became a bigger focal point when it came to the Gold Glove Awards:

Rawlings Sporting Goods, which awards the Gold Gloves, collaborated with the Society for American Baseball Research (SABR) to create an independent committee that devised the SABR Defensive Index (SDI), the new analytic that will account for 30 total “votes” — approximately 25 to 30 percent, depending on the number of ballots received from managers and coaches.

In fact, the increase in advanced defensive metrics has shattered the old process and created a new one that actually rewards the players who deserve them for the most part. Just looking at last year’s list shows a vast difference than in years past:

The one name that jumps out on this list is an old friend of ours, Eric Hosmer. Hosmer won his 4th Gold Glove last year but as most of us are aware of, the defensive metrics aren’t kind to Hos. Hosmer was 20th in the American league in Defensive Runs Saved among first baseman with 300 innings or more, 14th in UZR and 20th in Fangraphs DEF. 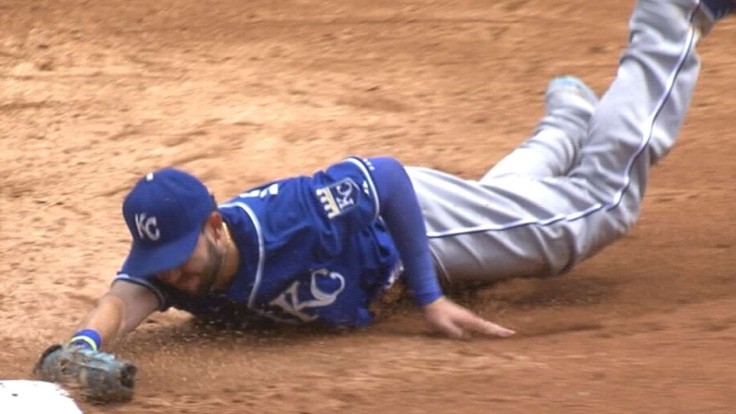 While Hosmer’s metrics don’t speak highly of his defense, they did for Joe Mauer who probably should have gotten the nod as a finalist last year instead of Hos. Mauer was 3rd in DRS, 1st in UZR, and 3rd in DEF. So even with the focus shifting to a more statistical voting system, the award still found it’s way into the wrong hands.

This is why I never get too high or too low when someone achieves this honor. The sad part is that while the numbers speak of a certain truth, as long as the human element is involved in the voting there will always be inaccuracies and misguided reputations that will lead the way.

This is not to say good isn’t being done with this whole process. The fact that we are almost twenty years removed from the Palmeiro blunder and the likelihood of something that off-track happening again is almost nil speaks volumes of where we are at. The voting process for the Gold Glove is the best it’s ever been, which accounts for something. The issue is that it is still flawed.

Why should we care? Because for a number of these players who are defensive wizards, this award is their only chance of adding something shiny to the mantle. For a number of these virtuosos, their work with the glove is far ahead of anything they are doing with the bat and an honor like a Gold Glove is the only way to get the recognition they so rightly deserve.

I want to care more about this award. I want to be able to say the right men are getting their just due. But we aren’t quite there yet. As long as that stigma is still hanging around it’s going to be hard to take a Gold Glove as seriously as it should be taken.