When Opening Day rosters are announced there are always a few surprises that end up heading north with the team. Sometimes though, it isn’t who made the team as much as who is left off. That was the case with Kevin McCarthy, who did not make the Kansas City Royals roster out of Spring Training and instead began the year in the minors.

It was a bit of a surprise, as McCarthy had put together a pretty nice rookie year for the Royals in 2017. McCarthy threw 45 innings last year over 33 games in the big leagues, posting a 3.20 ERA, 3.98 FIP and 0.2 fWAR. But what really impressed me was his ability to produce in tight situations:

Maybe the most impressive part of his game was that he only allowed a hard hit rate of 26.3% and proved to be a clutch performer, posting a 0.30 WPA and 0.45 CLUTCH. While the team will be bringing back a number of their relievers for the upcoming season, one would have to think McCarthy could see a growing role in the Kansas City pen next year.

In proper context, the WPA was 9th best on the Royals last year while Clutch was 5th best. Sure, not ‘blow off the doors’ amazing but steady and a good starting point for a pitcher during his rookie campaign.

These were all reasons that it appeared a foregone conclusion McCarthy would be with the Royals to start the year, but the numbers game probably got the best of him. McCarthy had options left and the team wanted to keep Rule 5 picks Burch Smith and Brad Keller on the roster. Thus, McCarthy started the year at Omaha, appearing in 3 games before being recalled by Kansas City on April 13th. Since then, it is safe to say he has been one the Royals top relievers. 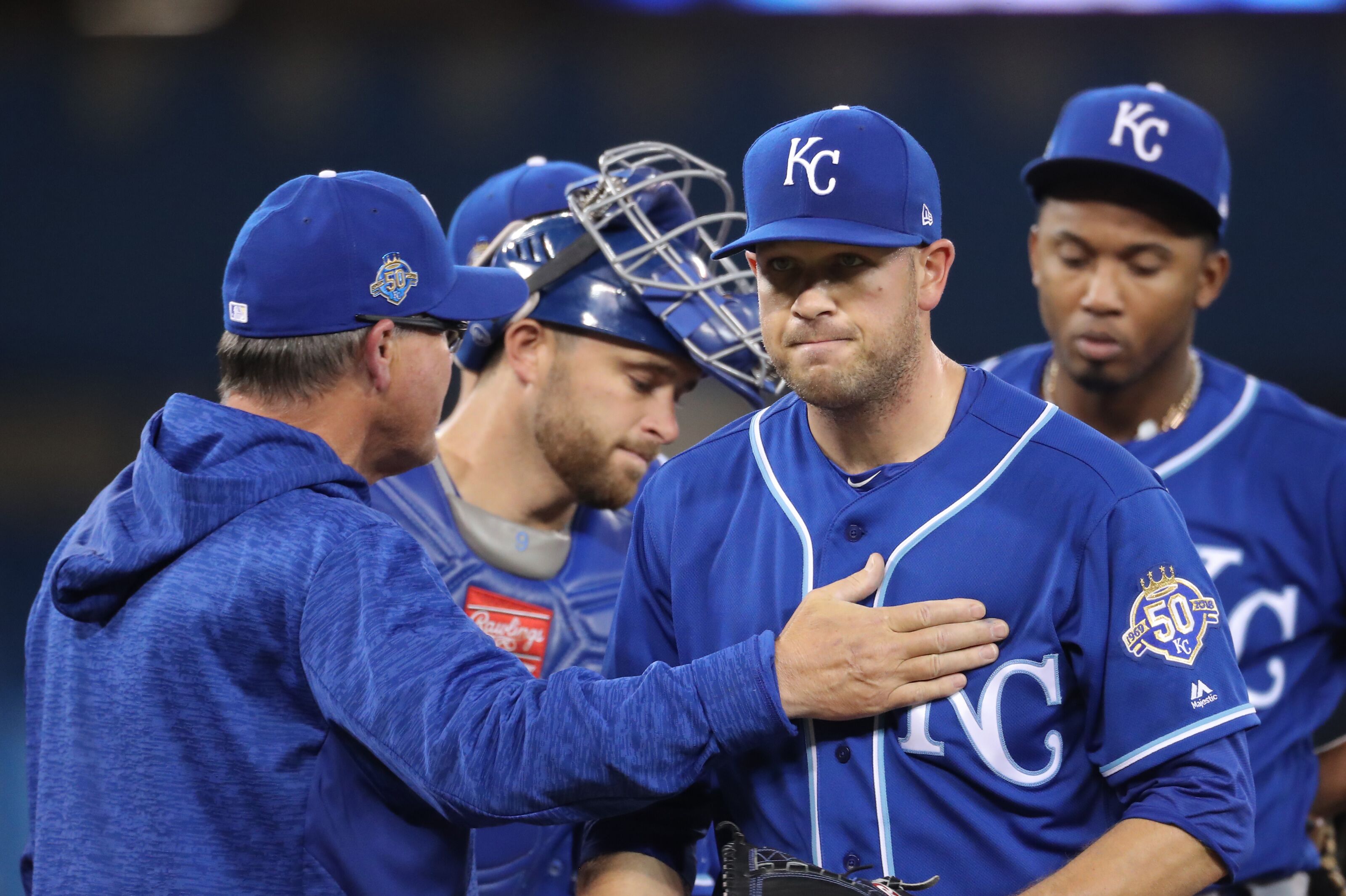 But where it gets even more interesting for him is looking at some of the advanced numbers. Win probability is where McCarthy continues to impress. He currently sits second on the team in Win Probability Added at 0.40, and third in RE24, at 4.22. Both of these are accumulating statistics and should continue to rise as the season progresses, barring a major setback. It also shows how McCarthy easily should be one of the most trusted arms out of the bullpen right now.

In fact, McCarthy’s success appears to be coming on a slight shift in his pitch selection. Here’s a look over his pitch usage since the beginning of 2017 to today:

McCarthy has gone from a pitcher that relies on his sinker and slider most often to one who is using his slide-piece less and less and using the change-up more. This shift appeared to happen around September of last year and he’s continued it into this season.

By doing that, he is inducing groundballs at a higher rate thanks to the change:

For McCarthy, the higher rate of groundballs has led to a lower batting average against, pretty much all across the board:

McCarthy has almost entirely ditched his four-seam fastball and is relying heavily on the sinker, tossing in the change-up, curve and slider to compliment it:

It’s not quite the extreme that we saw from Scott Alexander last year, but it does show that if you have a pitch that is working and getting outs, using it more often would seem to translate to more outs.

It also appears that the coaching staff is trusting him more and more as the season progresses. During May, the Royals used McCarthy 12 times, compiling a 2.25 ERA with batters hitting .179/.193/.304 against him. The bullpen struggled throughout the first month of the season, with a number of veterans like Blaine Boyer and Justin Grimm contributing to the bleeding rather than stopping it.

The Royals bullpen is continuing its evolution and it appears McCarthy will continue to evolve as well. More than likely there will be a few more shifts before it is all said and done and McCarthy is as good a choice as any to be a major part of it. So far he is passing all the Royals tests with flying colors; there is almost no reason to stop the development now. Moving forward should be the mantra.