Now that we are in the middle of May, there is a definite feeling of where many teams lie or at least where they will be as the season progresses. Since I haven’t been able to truly dive in with my thoughts (outside of anything Kansas City Royals related), I thought this would be a good time to take a look at some of the big stories of the last few weeks. Let’s start with the mess that is the American League Central… 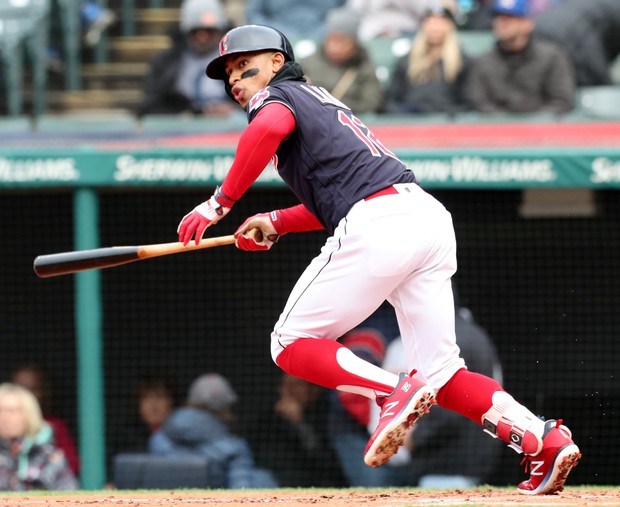 So with about six weeks into the season it has become very apparent that the American League Central isn’t the best division in baseball. Or the league. Or much of anywhere. In fact if it wasn’t for the Indians facing my hapless Royals this weekend I wonder if they would be posting a winning record right now:

That’s right, the Indians are the only team in the division with at least a .500 record. Actually, on Friday night the entire division was under .500. The Royals had beaten Cleveland that night, leaving them at 18-19 at the top of what has become a poor, beaten-down, pathetic division.

More than likely the Indians and probably even the Twins will finish with a winning record when it is all said and done, but right now this is an ugly picture. When the Royals have played very uninspired baseball to this point and they are only sitting 7.5 games out of the lead, that is not a good sign.

But let’s be honest here for a bit; at some point we are going to get a division winner with a losing record. In fact if it wasn’t for the strike back in 1994 we might have gotten it then:

That season ended with the Rangers leading while being ten games below .500. Then the strike happened and baseball didn’t come back until the next season. But it does make you wonder about when it will happen and how soon the pundits will flip out. I can already picture the “talking heads” discussing how such a weak team will grace postseason play and “tarnish” the good name of baseball.

The truth probably lies somewhere in-between, where it’s more of a sign of the dangers of allowing more and more teams into the playoffs. It probably won’t happen this year or even the next few years, but at some point a team with a losing record will be playing in the games that matter the most in October…and just imagine if they get hot and punch their ticket to the World Series. Oh my…

The Dark Knight is His Own Worst Enemy

Earlier this week Matt Harvey was dealt to the Cincinnati Reds for catcher Devin Mesoraco, ending his time in New York. While many will question his arm and whether he will even return to his former self, to me the bigger question is whether or not his ego and pride will allow him to be successful again.

Don’t get me wrong, he pitched very well on Friday: 4 innings, 1 hit, 0 runs, 0 walks and 2 strike outs against the Dodgers, all of which spells a great debut in Cincy. But at the end of the day his performance wasn’t the lone issue clouding him. No, his issues are paramount and solving these problems need to be his choice, not forced onto him.

In my opinion, the Mets had the right idea; send him down to the minors and break his entire game down to rebuild it. But Harvey’s pride and stubbornness got in the way. Maybe getting out of ‘The Big Apple’ will help, but I tend to think we will see him struggle again, soon.

Matt Harvey loves being ‘Matt Harvey, the dominant stud pitcher’ or ‘Matt Harvey, busy man on the town’ more than he loves being just a guy who gets to play baseball for a living. Until he recognizes himself as the biggest problem, there just won’t be a happy ending for the man formerly known as ‘The Dark Knight’. 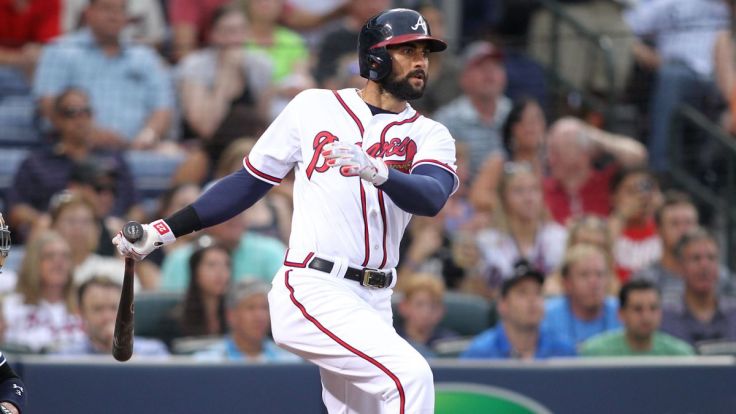 About a week ago MLB.com scribe and (in my opinion) one of the best baseball writers of this era Joe Posnanski posed an interesting question about Nick Markakis: can he realistically reach 3,000 hits? Before you start laughing and thinking that is impossible you might want to go look at his career numbers…now pick up your jaw. Markakis currently sits at 2,105 hits here in his age 34 season. In other words, he only needs 895 hits to reach one of the biggest milestones for a hitter in baseball lore.

Outside of players not yet eligible for induction into the baseball Hall of Fame, only two players who have reached 3,000 hits haven’t been inducted into the hallowed halls: Pete Rose and Rafael Palmeiro. Rose is not in because of his lifetime ban and Palmeiro is not because of a positive steroid test. That number–3,000–has always meant an automatic place in Cooperstown and speaks of a player’s longevity and consistency. Markakis checks off both of those marks.

But I’m pretty sure you don’t view him as being an all-time great or even a perennial All-Star. On of his list of achievements is a two-time Gold Glover winner and…leading the American League in WAR in 2008. That is it.

But what has helped Markakis get to this point is a lack of injuries and a regular spot in the lineup. Markakis has only had one season under 145 games played in a season (2012) and his lowest hit total in a season (outside of 2012) is 143 in his rookie year. If things keep moving at his current pace, he could hold on for another six seasons or so and reach 3,000 around his age 40 season.

If that happens, do we then consider him a Hall of Famer? I tend to believe we have to, even if he was never talked about as being one of the top ten players in the game. More than anything, I want this to happen just to hear the discussions about his candidacy. There will be those that will look at 3,000 hits as proof he belongs. Others will argue he was never a “Great” player. Either way, I hope he gets close and I am now rooting for Markakis to reach this milestone. 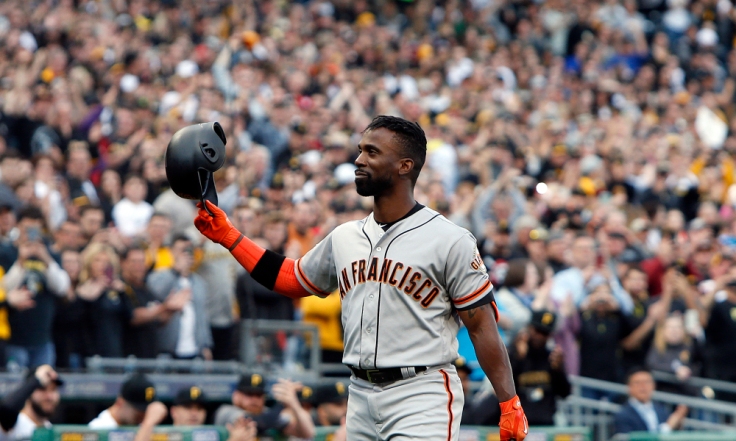 Earlier this week Andrew McCutchen returned to Pittsburgh for the first time since his trade to San Francisco and it was as great as you probably pictured it being in your head:

Look, I absolutely loved this for about a million reasons. One, it is always great to see a player return to his former stomping ground and be appreciated for all he did. Two, he was a vital part of that franchise’s return to prominence and was the biggest piece of the puzzle when it came to how that team was built.

But it was also great because I have been a fan of Cutch for years. Go ahead and search his name on this blog; you are bound to find me speak nothing but glowing praise his way. McCutchen, much like Bonds before him, was an all-around player who helped push the Pirates farther because of his greatness. He’s not quite the player he used to be at this point of his career, but at one time he was easily one of the top five players in the game.

I’ve also kind of felt like the Pirates are the National League’s version of the Royals. Both teams were once a regular participant in the playoffs, only to fall on hard times for a couple of decades and then return to glory. I obviously loved the Royals climb back to the postseason and appreciated Pittsburgh’s return as well. So I am glad Cutch got the standing ovation and I’m glad to see him still loved. He is truly a great player and a great human who deserves all the cheers he gets and more.

Finally, for my fellow Royals fans, here is what Eric Hosmer was up to this weekend:

While I wasn’t nor ever will be a big Hosmer fan, I’m glad to see him contributing in San Diego. Plays like this are why the Padres acquired him and hopefully that doesn’t go unnoticed. 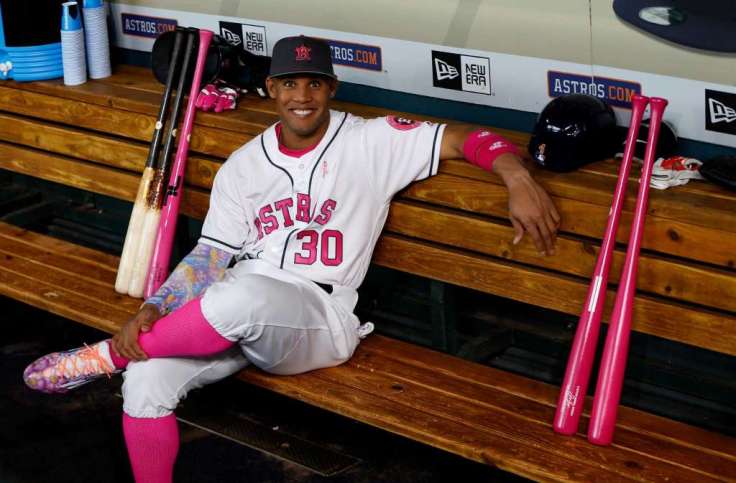 That is just a snippet of what is going on around baseball. I didn’t even get to Shohei Ohtani, Bartolo Colon, Mike Trout or even Mookie Betts. No talk of the increase in home runs and strike outs, foul weather or big-market collapses. I’m sure the next couple of weeks will give me more than enough material to discuss and hopefully I will be able to pass along my thoughts. Until then…