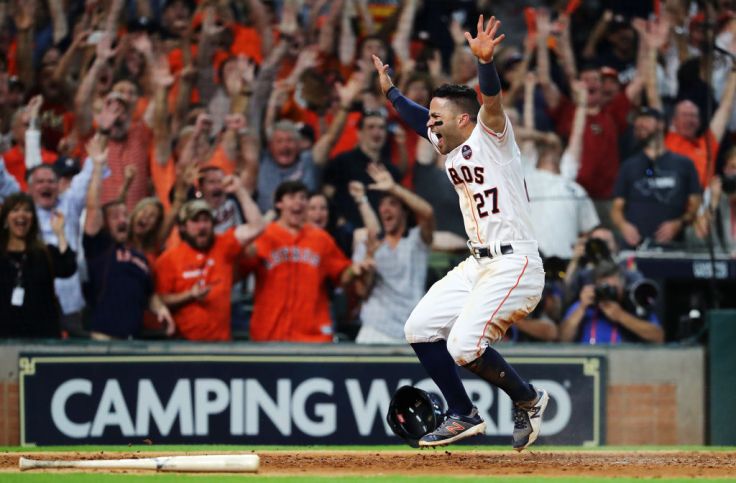 Thanksgiving is a great time to spend time with family and friends, eat lots of carbs and be thankful for everything in your life. Yes, we should be more thankful on a daily basis, but with the pace of life speeding up more and more, we sometimes forget to stop and smell the roses (so to speak). We probably don’t say it enough, but I am thankful every day that baseball appears to be on an upswing and is still such a large part of my life. I’m not for sure what the ratio would be, but the amount of joy that this great game gives me would appear to be greater than what I am able to give back to it. So for today, let me be thankful for all the glory that is this kid’s game that we adore…

I am thankful for Mike Trout. Literally everything about him. Trout is that every day working man who goes out there and helps his team almost every game. Defense, hitting, hitting for power, running the bases; Trout brings it to every aspect of his game. We are seeing the best player in modern-day baseball and possibly one of the greatest of all-time when it is all said and done. I am thankful we get to see such a great player in my lifetime.

Almost the same can be said for Clayton Kershaw, only on the pitching side of the game. I’ve seen Maddux, Johnson and Pedro in my time, but Kershaw could be the best of the bunch. I am thankful for his precision, dedication and work ethic that makes Kershaw as great as he is.

I am thankful for the current playoff system. I was initially against the second wild card in the playoffs, but it has added a new, exciting element to the postseason and I feel it is for the better. The last four October’s have been spectacular and it has shown a steady uptick for baseball viewing among the general public.

I am thankful for the mass group of players that I love watching all throughout the baseball season.

Bryce Harper’s hustle and ‘Hair on Fire’ approach on the field.

Jose Altuve’s ability to hit the ball “where they ain’t”.

Baseball not only has a great group of guys that encompass the immense talent in the game, but a group that are positive role models for the game and makes rooting for them even easier.

I’m also thankful for all the retired players whose accomplishments I’m still in awe of today.

Yogi Berra’s understated play on the field…oh, and his sayings.

Tim Raines’ speed and ability to put himself in a position to score.

Jackie Robinson’s patience, maturity and determination to prove his worth.

I could go on and on with some of the greats of the game, but more than anything I am thankful they were able to pave the way for the talent that would follow them.

More than anything, I am thankful for my favorite team of the last 30+ years, the team I fell in love with as a child and the team that always reminds me why I love baseball, the Kansas City Royals.

Thank you George Brett, for the hustle and inability to give up that helped me love this game.

Thank you Bo Jackson, for doing the impossible on a baseball diamond.

Thank you Dan Quisenberry, for your unique delivery, late inning shutdowns and your sense of humor.

Thank you Bret Saberhagen, for being one of the best of your generation.

Thank you Mike Sweeney, for your loyalty.

Thank you Alex Gordon, for quiet leadership and ability to become a Gold Glover at a new position. Oh, and that home run in Game 1 of the 2015 World Series.

Thank you Eric Hosmer, Mike Moustakas and Lorenzo Cain. Without you, 2014 and 2015 do not happen.

Thank you Salvador Perez, for your infectious smile and childlike love of the game.

Thank you Denny Matthews and Fred White. You were the voices of my childhood and will always be my favorite baseball announcers. The pictures you drew with your words made listening to a Royals game on the radio an absolute joy.

Thank you Kauffman Stadium, for being so beautiful. 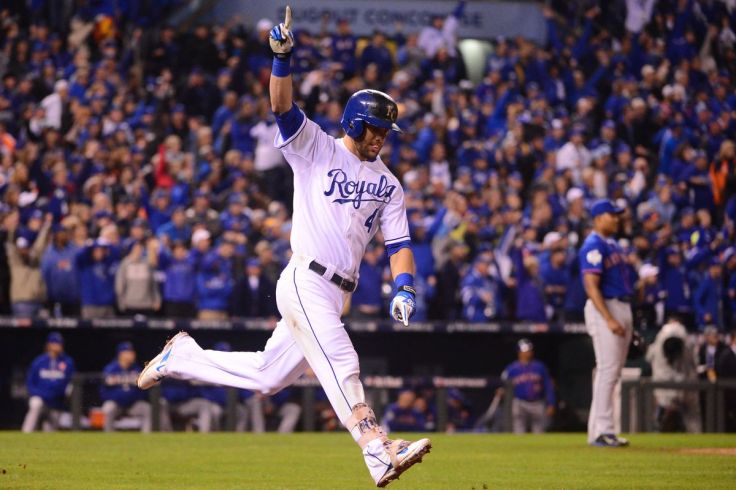 More than anything, thank you baseball. Thank you for loving me back. There will never be another like you. I could go on all day with the things I love about baseball, but more than anything, I love it all. I am thankful that baseball has been a major part of my life since the age of 7. I look forward to the many years ahead we have together. I will always be thankful for you. You’re the best, baseball.