As a “seamhead”, it is in our disposition to love everything that is great about this game we adore, baseball. Whether it be the history of the game, the classic stadiums, the evolution of strategy or the uprising of analytics, I love it all. But with that said, I have a confession to make. This won’t go over well and for some it will be heresy. I would apologize beforehand, but I feel justified in what I am about to confess. It isn’t the popular opinion but here we go: I am not enamored with Aaron Judge. Yeah, I know, he hits the ball high and far and is a statue of a man. I am aware that his numbers say he is a force to be reckoned with and he deserves the praise. The problem is the praise is just too much. Waaaaaay too much. The media are obsessed with a guy who has put up half a season of All-Star numbers and they are ready to anoint him the second coming of every great power hitter. But it is too much, too soon and the baseball analysts and talking heads need to stop.

Look, the numbers ARE impressive. It’s hard to see a wRC+ of 184 and not be overwhelmed, since it is a stat that is league and park adjusted. That number gives him more validity than any home run number or slugging stat out there. Playing in Yankee Stadium makes those numbers a bit skewed, as it is a park that leans more toward the hitter. Some of the numbers make me think he is going to come down to earth soon; a high BABIP normally means you are getting a bit lucky on balls put in play, so that .398 will probably slope down a bit soon. But it is obvious the power is real and he has become a better hitter, as shown by the 16.6% walk rate or the 24.9% O-Swing percentage, which is pitches he has swung at outside the zone. The improvement shows in his numbers and he should be a player that is talked about. But there is talk, and then there is focusing on one player like they are head and shoulders above every other player. The latter has been going on quite regularly lately, especially on ESPN. 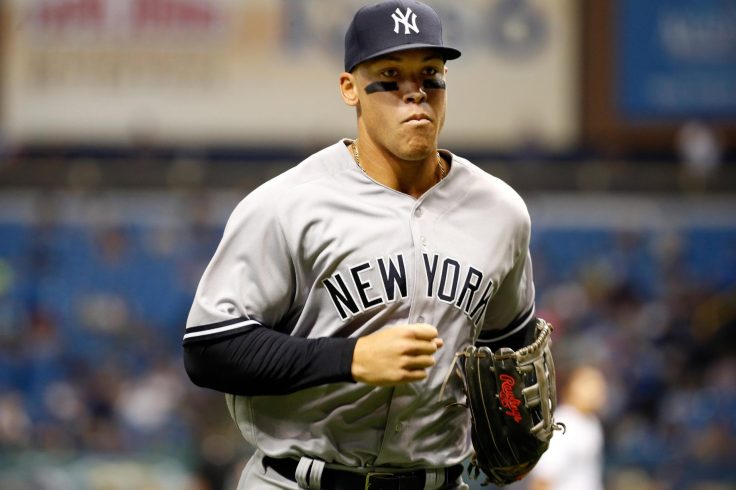 Last week I tuned into Baseball Tonight the afternoon before the All-Star Game, hoping to get some analysis on the game and a few interviews with players. I knew Judge would be talked about, as he should since he had won the Home Run Derby the night before. Over the next 45 minutes, I witnessed ESPN talk about nothing but Judge…seriously. They had an interview with him. Showed highlights of the derby. Talked to other players about Judge. After 45 minutes, I stopped my recording and deleted it. I couldn’t even make it through the entire hour. There was no talk about the pitching matchup that night, no discussion about the lineups, no conversation about Zack Cozart’s donkey. It was all Judge and I guess I shouldn’t be surprised. As much as Baseball Tonight has been my go to since the 1990’s, it has deteriorated over the years and after the bloodshed in Bristol earlier this summer, I should have seen this coming. There is a reason I hardly ever watch ESPN anymore and my default channel on my TV is MLB Network. At least the network tries to cover a wide spectrum of topics around the sport and only slightly hints at their “East Coast Bias”; ESPN has completely embraced their bias.

If there was ever a major reason for the over exuberant coverage of Judge, the answer is right there-he plays for the Yankees. New York has long wanted a young slugger to be placed on the pedestal, to follow in the footsteps of Ruth and Mantle. Even more, New York has wanted that one player they can zoom in on ever since Derek Jeter retired. If you remember, the coverage of Jeter that final season was nauseating and I didn’t even hate the guy. But by the end of that season, I didn’t want to hear Jeter’s name for a very, very long time. While New York is the biggest market in the sport, there are 28 other teams with players just as worthy of your attention as the one’s in the ‘Big Apple’. I could list a whole slew of young players to discuss; everyone from Machado to Correa, Bellinger to Betts, Arenado to Goldschmidt. I even heard analysts saying Judge should be the face of the game, which just seems preposterous when Mike Trout and Clayton Kershaw are still playing (never mind the fact that you shouldn’t have just “one” face of the game). He is a great young player and worthy of headlines; just not all the headlines.

One comparison that has not been mentioned for Judge that actually is very comparable is Mark McGwire, or more specifically, their rookie seasons. Let’s size up Judge and McGwire’s rookie campaigns:

So I didn’t go the HR/RBI route since Judge is has only 391 plate appearances with two plus months left of action and McGwire ended up with 641 when it was all said and done. Factoring that extra 250+ PA, average and slugging feel like they are fairly close, while Judge already has McGwire beat with WAR; Judge is a better defender in RF than McGwire was at first base. While the numbers skew toward Judge right now, one has to wonder if the extra couple months will bring Judge back down closer to where McGwire ended up. In all honesty, Judge to me feels like this generation’s McGwire if he can stay healthy. He will hit a bunch of home runs, he’ll get his walks (especially if pitchers start pitching around him) and he’ll produce runs. It’s not a bad thing and McGwire was one of the elite sluggers in the game for a lengthy period of time. It goes to show you that as much as many protest and say they love a well-rounded player, many still dig the long ball. 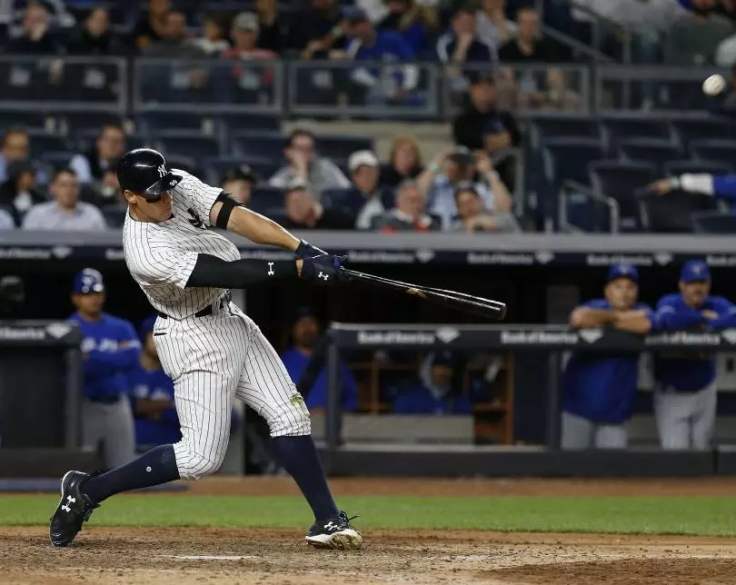 At the end of the day, it would be wise for the baseball media on the east coast to remember there are fans all over the country that would prefer a well-rounded analysis of the game, not just what is happening in ‘The Bronx’. Judge is a good player who has the potential to be a mainstay in the spotlight for years to come and making comparisons to baseball legends will only put undue pressure on the kid. Take it down a notch, New York, and let him just go out and play. Even Jesus Christ doesn’t get as much press as a star Yankee gets. The home runs are great, but let’s wait to see how the league adjusts to him and how he handles that. That is the true telltale sign of how good a baseball player really is. Besides, Mike Trout is back from the disabled list; maybe you should remember how consistently great he is before trying to dethrone him with Judge.