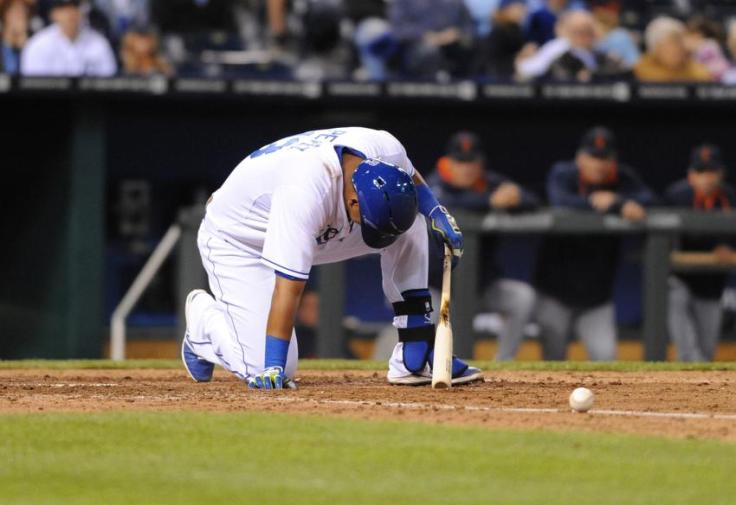 A lot of words have been spilled this year on the Kansas City Royals starting pitching and the atrocious numbers they have put up. While all this is very true, what has not been mentioned as much is how lethargic the offense has been, especially over this past month. The Royals went 7-19 in July, a month where they went from potential playoff contenders to also-rans and a big part of the awful July was the struggles of the Kansas City offense. So where did it all go wrong?

Let’s begin with the season totals. The Royals are currently last in the American League in home runs, runs, RBI’s, walk %, walk to strikeout % and ISO. They are also next to last in hard hit rate, second from the top in soft hit rate while floating near the bottom of the league in On Base Percentage, slugging percentage oWAR and wRC+. What is really scary is that this is a team built to make contact and put pressure on the other team’s defense by putting the ball in play, yet their contact % is only 7th in the league at 78.7%. For a team whose entire offense is built around making contact, it is scary not to see them at the top of the league.

The July numbers don’t really get any better. Throughout this past month, the Royals are last in home runs, runs, RBI’s, ISO, BAbip, batting average, on base percentage, slugging percentage, wOBA, wRC+ and oWAR. Offensively, the Royals were the worst team in the league in July and a huge part of why they won only seven games all month. The obvious numbers that really stick out are the power numbers, as this team is not hitting the ball hard and had the highest ground ball % in the league this last month. Look, the Royals are never going to be compared to the old ” Murderer’s Row” Yankees’ teams, but if they want to be a contender they can’t be hitting the ball on the ground as much as they are. 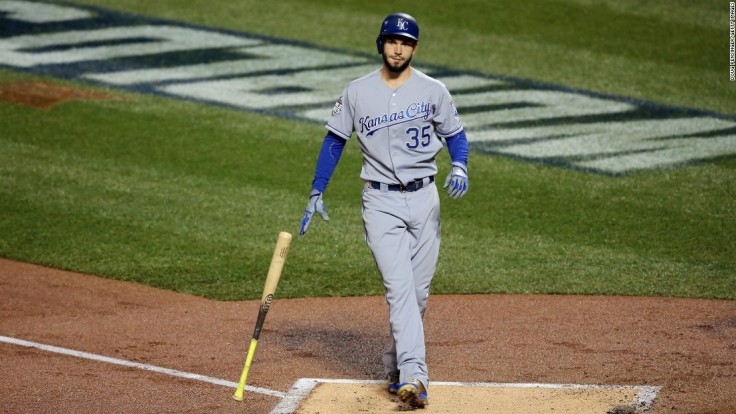 Some of these numbers shouldn’t be a surprise. The Royals over the last few years have been near the bottom of the league in home runs and walks, so neither of those numbers should be too surprising. This would also affect their numbers for on base percentage and slugging percentage, but even those are down quite a bit from 2015. Last year, the Royals were either 7th or 8th in OBP, slugging percentage and wRC+, which are very respectable numbers for a team who doesn’t hit a lot of home runs or take walks. Part of this can be attributed to Kansas City being third in the league in doubles and fourth in triples. So far in 2016, the Royals are 9th in doubles and 11th in triples. Those extra base hits were vital to a contact team like Kansas City and can be pointed to as a big part of their success last year. If you want to take a shot at what is different from last year to this year offensively, those extra base hits would be a good place to start.

So what can the Royals offense do to improve on these numbers? I know, it’s not like the team can magically snap their fingers and they are fixed, but there are a few techniques that are bound to improve the numbers, even if it is a gradual improvement. One thing that instantly comes to mind is waiting for your pitch. In 2015 the Royals really seemed to improve on this, looking for a pitch to drive rather than just something in the zone. That frame of mind needs to come back. There also could be an improvement in their ground ball ratio, which is partially a by-product of a high soft hit rate as well. I am of the belief that if the team can raise their hard hit rate and can get a sprinkle of luck(as they were last in BAbip throughout the month of July)  then we will see an increase in offensive production. Eric Hosmer seems to be turning things around over the last 4 games, slugging .533 in that span. Add in the return of Lorenzo Cain and the continued production of  Cheslor  Cuthbert at the top of the lineup and this is a team that can catch a hot streak in no time. I would mention that the team could be a bit more patient at the plate(and I do think that would help them in the long run), I am not crazy; I know this is just not a team that is going to rack up a number of walks. Best case scenario sees this team loosen up a bit(as they have looked pretty tight as of late), square up the ball a bit more and just focus on making good contact. It has felt like this team is trying to do too much at the plate when the honest truth is that keeping it simple could very well garner better results.

Baseball is a great sport because the littlest thing that drags you down one month can completely vanish in a second. With July now in the rear-view mirror, August is a chance for Kansas City to awaken their bats and show the rest of the American League that they are better offensively than they have shown so far in 2016. The honest truth is that the Royals teams of the last 3-4 years have always been a bit of a streaky bunch and have had equal parts high and low lights. This team is capable of being better but they are running out of time to prove it. So far in August they have racked up back to back 9 hit games. A little bit more run production and this team could squeak their way back into the wild card race in the American League. It’s a long-shot, but if there was a team to do it…