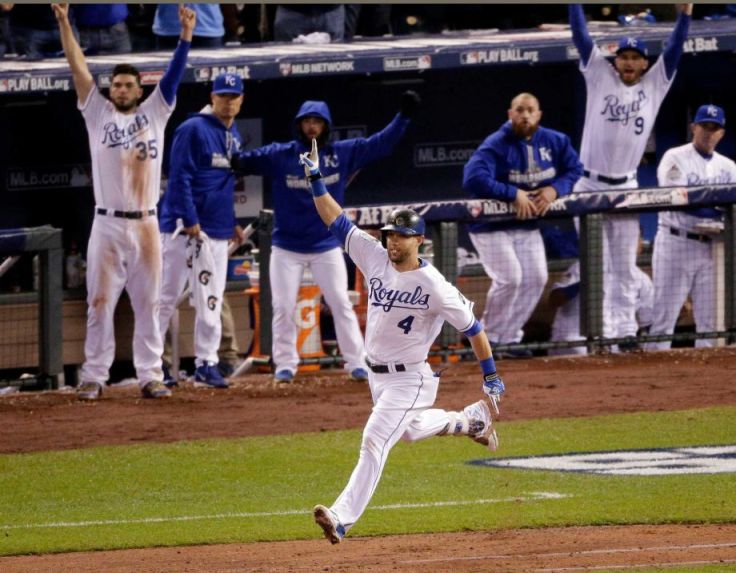 There really has been only one topic on the minds of anyone who follows the Kansas City Royals: will Alex Gordon re-sign with Kansas City and continue to be the pillar of this championship Royals team? After months of speculation(and worry that he would leave) we found out on Wednesday that Gordon was staying with the only major league team he has ever known, signing a 4 year, $72 million dollar contract with an option for a 5th year. So how does that deal break down?

It’s interesting to see that Gordon will actually be making less this upcoming season than he made in 2015, but it is not surprising to see the contract back-loaded with a mutual option(seriously, Dayton loves those mutual options) in year five. So what does this mean for the Royals moving forward?

Financially, Gordon’s contract gives the team flexibility not only for this year(after expected arbitration raises and probably the signing of another starting pitcher, the team’s payroll will probably be above $120 million, which really isn’t a giant increase from 2015), but also 2017. Why those two years? The main core of this Kansas City team will be intact for at least the next two years, so the Royals chances of continuing to reach the postseason is greater now for those two years. A smaller deal for Gordon helps out the rest of that payroll and could very well impact the team if they try to make another big deal in July if so be it. Now his contract goes up in years 3 and 4 of the deal, but I would say there is a good chance that by then this contract won’t look as imposing when you look at the influx of money within the game of baseball right now. Add in that the Royals should be able to restructure their TV deal around 2018 and the Royals could be playing with even more money than they have right now. Obviously the big part of this deal is that it gives GM Dayton Moore more wiggle room to help get the pieces needed to keep this team a contender through 2017, which will then see Eric Hosmer, Mike Moustakas, Lorenzo Cain, Wade Davis and Alcides Escobar become free agents.

The signing also means the chances of Kansas City taking advantage of their window have improved with the return of Gordon. Realistically, the Royals have the next two seasons to take advantage of their current core players and have a better chance of reaching the playoffs again with Gordon in tow. I am of the belief that without Gordon’s return, the chances of Kansas City returning to October baseball would have been much harder to accomplish, where as now they return the “backbone” of the team. About a month ago I went into deep detail on why the Royals should bring back Alex and it seems obvious when I say this team is better with Alex roaming left field for the next four years. To me, I wouldn’t even worry too much about 2018 and instead focus on the here and now. If the Royals reach the postseason the next two years(or even one of the two), that means more people coming to the ballpark, meaning more money coming into the team. To me, that extra money could be used on whatever the game plan is for after the 2017 season, which could be to re-sign a Cain or a Hosmer(I know, he is a Boras client so the likelihood is not very high) or go out and revamp the team. Either way, giving the Royals the best chance possible to win now helps the organization in the future as well. Keeping Gordon in the fold helps in that regard.

Speaking of the core Royals group, I also felt like Gordon was the best choice for a long-term deal out of that group mentioned earlier. Hosmer and Moustakas are almost completely off the table since they are Scott Boras clients and he will always tell his clients to take the deal that will make them the most money. I love Wade Davis but he is a reliever and you should never give a reliever a long-term deal(unless his last name is Rivera). That leaves Cain and Escobar, who will both be in their low 30’s at this point. I love both guys but Cain has a long injury history and a big part of Escobar’s game(speed) will have started to regress at this point which makes a long-term deal seem iffy. To me, Gordon will regress the best out of this bunch and will probably come close to his expected production over the next couple years that will make his deal worth the money that was spent. In fact Craig Brown of Royals Authority took a look at just that the other day, taking a look at his Steamer & ZiPS projections over the course of the deal and putting that up against his earnings during those years. I feel you can also throw in what he means to that clubhouse, as many a teammate has referred to Gordon as the “backbone” of the team. He isn’t the rah-rah team leader, but that is why they have Salvador Perez. Gordon is the quiet one who leads by example and it is normally a “balls to the wall” type example that he plays by for them to follow. 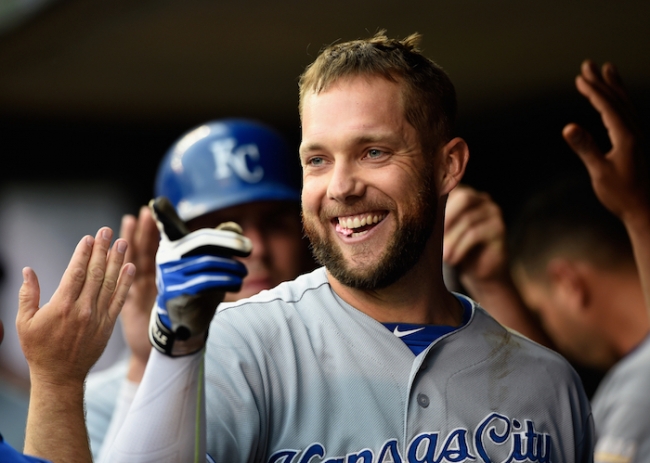 Concerns? There are always concerns when signing a player to a deal of this size, and most of them are health related. Gordon missed some time this year due to a couple injuries, a wrist injury that limited him when the season began and a groin injury that left him out of action for August and a good chunk of July. But since Gordon made the move to left field full-time in 2011, he had played at least 150 games in all of those years before this past year. I tend to feel like the injury is an outlier for Alex, but it’s easy to see how an injury could happen to him with his “reckless abandon” style of play out on the field. We all saw what happened to Mike Sweeney late in his career, but knowing how Gordon is a health nut and his insane work-out routine, I think there is a better chance of Alex staying healthy than spending the majority of his time on the disabled list. Will he regress? Of course he will. ‘Father Time’ always wins that battle. But once again, Gordon takes good care of his body, so the belief is that his regression won’t be as steep as it normally is for others.

To me it always made the most sense to bring back Gordon to the only major league team he has ever known. Gordon is beloved in Kansas City and it was the team he grew up rooting for. It only made sense for the present and the future to make sure Alex remained in Royal blue. As a fan, I was very biased on this all along. As a kid my favorite player was George Brett and would stop whatever I was doing once Brett came up to the plate. I loved the way Brett played and it became a model for me to judge other players by. As an adult, Alex Gordon is in that same pantheon for me. He is my favorite player on this Royals team and the thought of him wearing another team’s jersey was tough to stomach. Knowing now that he is locked up makes me feel better about the future of the Royals as he is the constant everyone can rely on. Alex now has four years to further cement his legacy and a deeper place into the history of the Kansas City Royals. It seems like a lock now that Gordon will one day get a statue near the fountains at Kauffman Stadium. Honestly, I can’t think of a current player more deserving than ‘#4’.

One thought on “The Prodigal Son Has Returned”