It’s amazing what a year can do. Last year at this time we were wondering what had happened to Alcides Escobar’s offense. Was the Royals shortstop just pressing? Was the loss of Kevin Seitzer hurting him? Or was 2012 a fluke? It was apparent ‘Shortstop Jesus‘ had to change something about his hitting approach before reporting to Arizona for spring training. Sure, Escobar is dynamic on defense and that alone would almost assure his spot in the lineup. But if Esky continued to lack offensively, it would only be a matter of time until the Royals started looking for different options. Luckily, he promised a more patient approach at the plate this spring and so far he has delivered. 2012 was a career year for him offensively, but so far he is challenging that this year. But is he hitting good enough to earn him an All-Star spot? Let’s take a look. 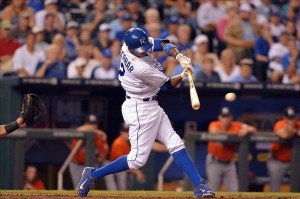 Let’s start with what at this point is a pretty well known fact; Derek Jeter will be at the All-Star game and will probably start. Yes, his numbers won’t justify it, but sometimes it isn’t about the numbers(I know, it’s weird to hear me say that). So Jeter will take up one slot for shortstops, which will probably leave two open slots. I have found four candidates for those two slots who are having good enough seasons to warrant consideration: Escobar, Alexei Ramirez of the White Sox, Erick Aybar of the Angels and Xander Bogaerts of the Red Sox. All four players are having outstanding offensive and defensive seasons and seem to be the elite of the American League this year. In all honesty, none are bad candidates for the midsummer classic, but like always, not all will go. 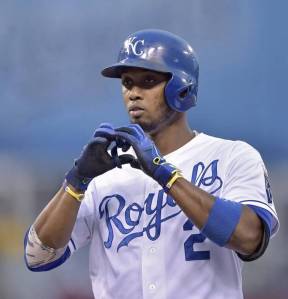 So I went to the ‘RoyalTron 2000′(or I just looked up stats from Fangraphs, Baseball Reference and ESPN) and took a look at the American League shortstops and where they rank statistically. I figured to go with more basic stats for the most part(Runs, Hits, Batting Average, On-base percentage, OPS, WAR, and Runs Created), otherwise I figured I would be swimming in stats and not find my way out of that rabbit hole. The first thing that was almost immediately pointed out was that Alexei Ramirez should be a lock for a spot. Ramirez is currently sitting at either first or second in all of those categories except for runs(in which he is in third) and most have him sitting in first. So Ramirez should be a lock for an All-Star spot.

This will leave one spot open for Escobar, Aybar and Bogaerts to fight over. Bogaerts placements are the most interesting, as half of the stats have him in fifth or seventh place, including seventh place in WAR. But he also ranks first in both OBP and OPS and second in RC. Those seem to point out his offensive potential that Boston sees in him and are great numbers for a guy in his rookie season. Also, those stats are probably the most important out of all of the ones I picked(other than WAR) and hold a bit more weight than the others. So despite his lower rankings in hits, runs and batting average, it is showing that Bogaerts is getting on base at a good clip and hitting for some power as well. 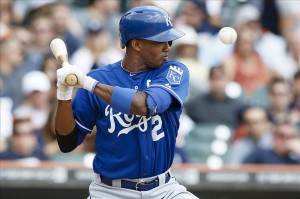 So what are Aybar and Escobar bringing to the table? Aybar is ranking in second or third place 5 of the 7 categories, placing second in WAR and third in OPS and RC. His defense has definitely helped bump up his WAR number, despite being fifth in OBP. Escobar meanwhile is ranking second or third in 4 out of the 7 categories, including third in WAR and OBP. I would say at this point Escobar and Aybar are pretty even, although the defensive metrics seem to favor Aybar a bit more than Alcides, which would explain a higher WAR on his part.

So between the three, who should get the final spot? It’s a tough choice, one in which you can make arguments for all three players. Fangraphs broke it down even farther, picking their team based on WAR(outside of Jeter, who they acknowledge as well will be there) and pick Aybar and Bogaerts. I’m a bit surprised that Ramirez was slighted by them, since he has the best WAR of all the shortstops in the American League. The argument for Bogaerts is based on his offensive production, which is notable and Aybar gets some help from his glove. It would appear that in spite of his improved numbers across the board(and you can glimpse those pearly numbers for yourself right here)that Escobar will be the one on the outside looking in, as either Aybar or Bogaerts will claim that final spot at shortstop.

The positive to take from all of this is that there is a serious discussion and argument for Alcides to make the American League All-Star roster. His batting this season has improved enough that his defense isn’t the only thing mentioned when his name is brought up, even by rival executives. As a fan, I couldn’t be happier. Escobar has been a personal favorite of mine since his acquisition and I was personally rooting for him this past off-season. With Alex Gordon, Salvador Perez and Greg Holland the probable picks for the Royals All-Star’s again this year, it appears Esky will be on the outside looking in. Don’t worry though; we will always have these fantastic plays to remind us how good of a shortstop Escobar really is.