He might be across the border, but it’s time once again for ‘Questions with Getzie’, where former Kansas City Royals second baseman Chris Getz answers you, the fans, questions. Getz is now a member of the Toronto Blue Jays, who recently made a trip to Kansas City to play the Royals, but still has a few fans in the city of fountains. Getz was also designated for assignment by Toronto over the weekend, so he is still a part of the organization, even if he isn’t on the big league roster. With Getz’s future in limbo, we figured we would take the time today and let him answer some questions Royals fans have had since he left Kansas City (or how I think he would answer them). So with a passport in our hand and a Labatt Blue in the other, it’s time now for Questions with Getzie!

So how do you like Toronto, Getzie?-David, Lawrence, KS

Golly gee, it’s great! There is so much in Toronto to take in and be a part of. I’ve gotten to check out the CN Tower, the Hockey Hall of Fame, and Canada’s Wonderland! Actually, I spent one whole day in the water park at Wonderland and couldn’t get enough of the slip-n-slide! More than anything though I love the people. I’ve made a really special friend in Toronto, and he just happens to be their mayor! Rob is a great guy and I never have a dull time when we are cruising around town, searching for his friends. All in all I really hope I am able to make it back to the big club so I can enjoy the great city. 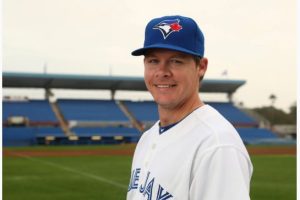 How did it feel to come back and play against the Royals?-Clint, Lexington, MO

Shucks, it was a blast getting to see everyone. It was a little weird at first, but when Neddy saw me and ran toward me to give me a big hug, it felt like I had almost won the World Series! We talked about bunting and he told me not to listen to anything that Seitzer instructed me on. We went out for root beer floats before each of the games and he told me they left my locker empty in the clubhouse. The only weird thing was how long Lee held me in his embrace when he saw me. Mr. Judge is a really nice guy, but I sometimes think he would do good drawing more cartoons and not try to snapchat with me so much. I felt really comfortable playing at the K, which is probably why that was the only place I’ve gotten a hit at this year. I hope I get to make a return trip back soon. Dayton said he is still trying to get me back “home” but we’ll see.

Chris, it was great to see you a couple of weeks ago. I’ve been burying Gio every chance I get in my columns, hoping that everyone else starts wanting you back. Next time you are in town let me know and you can crash at my place. PS-if only I could have held you a bit longer…-Lee, Kansas City, MO

Um, Lee, I think I’ll just stay at the hotel. The shrine you have set up at your house is creepy. And quit teasing Gio; he’s a good kid! 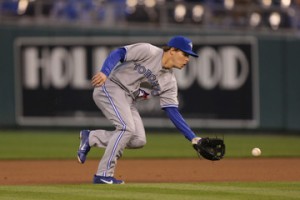 Since you’ve been with both teams, how would you compare offenses of Toronto and Kansas City?-Michael, Excelsior Springs, MO

Darn, that is a hard one! I think the two offenses focus on different things. Toronto likes to get these things called “extra base hits”, especially home runs. Neddy always used to say those are rally killers. I keep trying to convince everyone to bunt more and play for one run, but Jose Bautista and Edwin Encarnacion just chuckle and walk away. I think I fit in better with Kansas City’s offense, but I seem to cross home plate more in Toronto. I can easily say both offenses are juggernauts, just in different ways!

I would just like to point out here that I have a big league job right now and you don’t! Plus, I hit another home run. You do remember what those are, right? Suck it, Getzie!-Johnny, Metairie, LA

Golly, you finally made it to the big show! Congrats, champ! I know I don’t hit a lot of homers, but I occasionally flash my warning track power. In a month get a hold of me and we can discuss the differences between Omaha and Buffalo. Keep those dreams alive, kid! 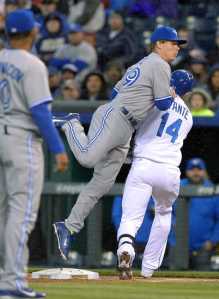 What are your thoughts on the new Royals second baseman, Omar Infante?-Sam, Olathe, KS

Shucks, I have nothing but respect for Omar! He’s a great second baseman and a great guy in general. If I had to choose someone to replace me, Infante is about as good as they could have done. He needs a little work on his bunting, but with some help from Neddy he can get there. I wish Omar nothing but the best of luck. 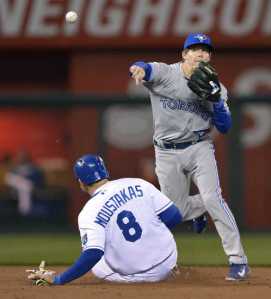 How do you feel about the continuing struggles of Mike Moustakas and how Kansas City is sticking with him?-Andy, Warrensburg, MO

That is a tough situation to be in. Moose is a good guy and I am rooting for him. Luckily for him, Neddy is good about giving people second chances. Sometimes even five or six chances! All he needs to do is listen to Neddy and he’ll be fine. He might also want to bunt a bit more. It will help raise that average! 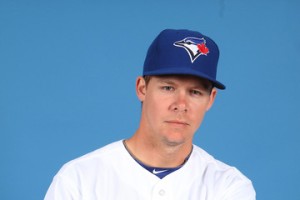 Getzie, sorry to hear about you getting designated for assignment. I hoped you would get to stay in Toronto for a long time. A very looooong time. Sorry to kick you while you are down. I just worried I wouldn’t get a chance to do this again.-Sean, Emporia, KS

No problems, we are good. Sometimes you just gotta do what you gotta do. Next time I bunt, it will be just for you!

Golly, that was a lot of fun! It was great to hear from all of you and I hope we get to do this again real soon! I’m hoping to get back to Toronto so I can play some ball and to catch up on Canadian expressions. I still haven’t figured out what a hoser, loonie,or a two-four is. Until next time remember to bunt like it is the last day on earth…and no Sean, I haven’t been to Moose Knuckle. Although I think it is next to Cabbagetown.