(Writer’s Note: I originally wrote this a couple of years ago for a weekly feature I do during the baseball season for 14 KVOE Emporia.  I stumbled across it today(ie. I cleaned my desk) and wanted to share it with everyone) 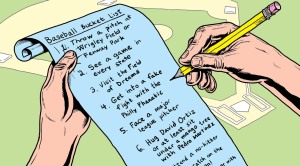 The big thing on that list is to visit every one of the Major League baseball stadiums. So far, I’m not very far into that, as I can only count three on my list, including Busch Stadium in St. Louis this past weekend. The initial plan was to do this some summer when I retire but I’m thinking more and more of going to a different stadium every year.

Also on my list is to visit the ball field where the movie “Field of Dreams” was filmed. It seems a bit corny but I’ve always thought the look of the field was reminiscent of the old ballparks, which I am a sucker for. The farm where it is located was sold this past year and plans are to expand it into a baseball and softball complex to be named All-Star Ballpark Heaven. Maybe on a return trip back from Minnesota I could swing through Iowa and visit this iconic baseball field.

Speaking of old ballparks, I would love to visit the former sites of Ebbets Field and the Polo Grounds in New York. Both are stadiums that had their own unique feel to them and to see where they once stood would be an interesting peek into baseball history. 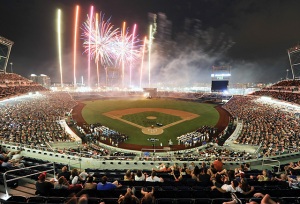 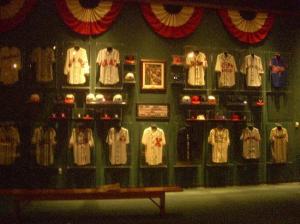 Of course there is more I would like to do that just isn’t on my list. I would like to visit the National Baseball Hall of Fame in Cooperstown again, as I was able to go back in 1999, so it is not an urgent requirement. I also plan on going to the Negro League Museum in Kansas City but I am planning to cross that off my list later this year(writers note: I visited the museum in October and it was fantastic!). Also, to attend a World Series game would be pretty thrilling but I’m holding out for the Kansas City Royals to get back to the Fall Classic. I know, I might be waiting awhile but I can still hold out hope. Overall, it’s a pretty long list. But when someone has a dream, anything can be accomplished.