With the trade deadline looming, the Kansas City Royals are in the position of selling—except their General Manager doesn’t believe that to be the case. Sure, Detroit hasn’t taken off yet this year and there are three wild cards to be had. But going by how the Tigers are playing, and how the wild cards are shaping up, it seems that right around 92 wins would be needed to get the Royals in the playoffs. If that is the case, then they would have to win at a .712 clip the rest of the year, which is just shy of impossible. 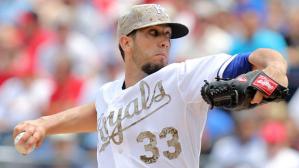 So with that information, Dayton Moore should be seeing what he can get for soon-to-be free agent Ervin Santana and listen to offers for the likes of Bruce Chen, Luke Hochevar, James Shields and Greg Holland. Now, take a breath everyone; I only throw Shields and Holland in there because teams are known to get all stupid around the deadline and if some team is willing to offer something ridiculous for those two, then you should listen. I’m not saying trade them, mind you; just listen.

As for the others, Santana should be the main one mentioned in trade rumors, and word did come out that Moore is willing to “listen” to offers. Look, that’s great and all, but it should be more than listening. Despite Santana having a great year so far and performing above expectations, he will be a free agent at the end of the year and will surely be looking for more years and more money than the Royals can and should offer. So if he is not with another team by Thursday, then we have a problem. I firmly believe that what the Royals should be trying to do is start to set this team up for 2014, which I believe there to be a more realistic goal of contending. With that in mind, CBS Sports floated out the rumor last week of Alex Rios of the White Sox being a possible target of Kansas City. There just isn’t enough time to explain why that isn’t a good idea, the main one being that he might be THE definition of a streaky player. Oh, and there was him not running out a grounder the other night that got him taking out of the game by White Sox manager Robin Ventura. 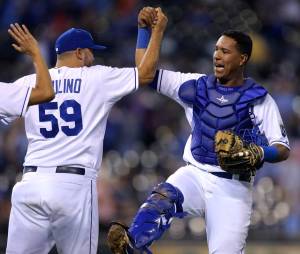 I know there are some that believe the Royals should hold pat and that they are still contenders, but that seems misguided. The truth is there are too many problems and too little time for them to get in this race. What the team should be focusing on is putting the pieces together for 2014. I know Dayton Moore wants a .500 record this year, but is it worth it to not plan for the future? I would rather see new flags flying in the outfield at Kauffman Stadium than a .500 record this year. Soon enough we’ll know which path Moore wants to take.