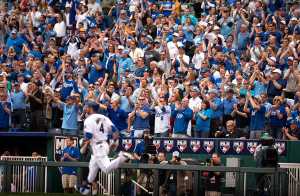 We are seven games into the Kansas City Royals 2013 season, and the Royals sit above .500 with a 4-3 record. Not only that, but we were rewarded with a great come from behind victory yesterday for the home opener at ‘The K’. You can’t blame us Royals fans if we are bit giddy at this point. But we also know the season has just begun, and most of the stats early on don’t mean a whole lot. This would be called the textbook definition of a small sample size. But we are seven games into it, so I thought I would take a look at the good, bad and ugly so far this season. The only problem? There hasn’t been anything overly ugly. So you are getting the even better! So before we start printing off playoff tickets, here are some realistic tidbits of the first seven games of the season. 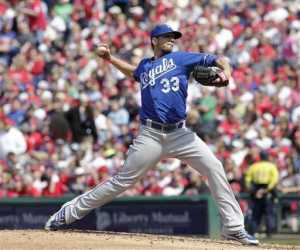 -So far, the Royals pitching has been as good(if not better) than originally advertised. James Shields has had one great start and one solid start. Ervin Santana was roughed up a bit in Chicago but pitched beautifully yesterday in the home opener. Jeremy Guthrie got the team it’s first win of the season, and Luis Mendoza was throwing some nasty stuff in Saturday night’s game in Philadelphia. Wade Davis has really been the only guy who has not had a positive start to the season.   But above all this, the starting pitching has done what has been asked of them–eat up innings. Last year, it seemed like the Royals were just happy to get through five innings and then hand it over to the bullpen. This year, every pitcher other than Davis has gone at least 6 innings a start before handing it over to the pen. If the Royals are serious about winning, and want to be in the playoff hunt, these guys have to do this all season. The starters have kept their team in the ball game, while at the same time put less pressure on the bullpen. So far, no Royals fan can really complain about the job these guys have put out there. 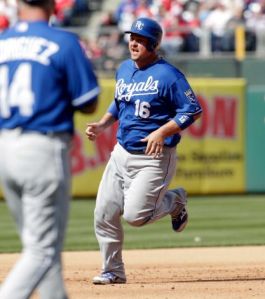 -After the series in Philadelphia, it looks like the offense seems to have found it’s way. Now, let’s also be honest about this. It’s not like this Phillies pitching staff is the team that has made multiple playoff appearances over the last couple seasons, or even been in contention. In fact, their bullpen is a mess right now. But the Royals had a great offensive series against them, and then came home to get some clutch hits in the eighth inning yesterday, propelling the team to a victory. The offense isn’t kicking on all cylinders, as the series in Chicago can attest, as well as the seven innings Kevin Correia stifled them yesterday. From a personal standpoint, I think they could also take more pitches and work the count more. They seemed to do that a lot more of that in Philadelphia. But for the most part they are getting hits when it is needed and are getting the job done. I still worry that they are going to be inconsistent all season, but for now things seem to be working. 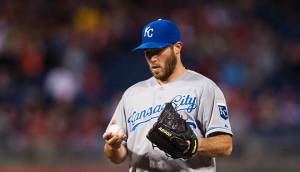 -Greg Holland has been as close to a sure thing as the Royals have had over the last couple years. But Saturday night, he struggled to find the strike zone. He wasn’t off by much, but he was off enough to load the bases and eventually lose the game for the Royals that night. Sunday, he came in, struggled again and was given the hook by Ned Yost. Kelvin Herrera came in and gave up a hit to Laynce Nix, letting another run score and even threw the ball away before finally closing the game and getting the win. I know there are some Royals fans that want Holland out of the closers role. Let’s not jump off the cliff just yet. He has had a couple of bad games, but you don’t just throw two seasons of almost lights out work out the window. It happens, especially to closers. But I think we all know that Herrera will eventually be the closer, as he has electric stuff and seemed the obvious heir apparent to Joakim Soria. Just not quite yet. The way the starters are going, we can’t have the bullpen coming in and ruining their good outings. I’m pretty sure Holland will get corrected, and we will all laugh about this before too long. But until then, Yost does have to be smart and pull someone if they are struggling, no matter their role. Just because he is your closer doesn’t mean you stick with him no matter what. That is old, outdated baseball thinking. I didn’t think the bullpen would be an issue at all for Kansas City, but right now it isn’t the strongest part of this team. 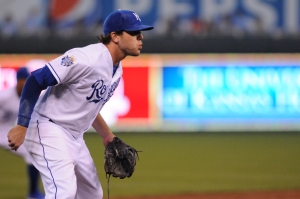 -The defense has been a rock so far on 2013. Through seven games, the Royals have yet to commit an error. To most of us, that isn’t really a surprise. This is a good defensive unit, even if the numbers don’t always spell that out. The shifts are still on (my son asked me the other day why Alcides Escobar was playing second. That went into a long conversation about infield shifts.) and Salvador Perez has been awesome behind the dish. If it weren’t for Matt Wieters, I would tell you Salvy will win a Gold Glove this year, but he might have to wait. It has also helped to have a healthy Lorenzo Cain out in the outfield. Alex Gordon and him make the other outfielder’s bad range less apparent. It is seven games, but not putting up any E’s on the scoreboard helps keep your team in the game. Amazing how a little pitching and defense can go a long way!

So there you go, just a few notes over the first week of the 2013 season. So far, the Royals are pushing the right buttons and making the right moves to put themselves where they want to be come September. It’s a long season folks, but one that will hopefully be a positive for our home team. I haven’t backed off my prediction for the team just yet, but get back with me at the end of May. Then we can have a discussion.