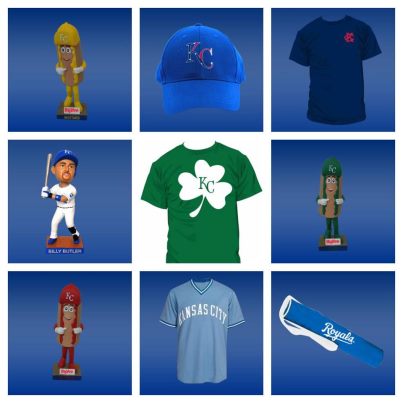 Yep, I’m one of those fans. Every year when the baseball schedule comes out, I eagerly await the promotional schedule put out by the Kansas City Royals, and to a degree, base my going to the ballpark around it. There are exceptions, but if there is something I really want, I make sure to try and be at that game. Looking at the 2013 promotional schedule, I felt very underwhelmed. Sure, the Billy Butler bobblehead is a fantastic idea, and should have been done a long time ago. I always love when the A’s come to town and the Royals pay homage to the old Kansas City A’s. But looking past those items this year, the promotions are sorely lacking. Does any self respecting fan think they need a mustard, relish and ketchup bobblehead? They would just seem out of place on my shelf with Carlos Beltran and Joakim Soria. A cooler that looks like a gun case? A scarf on Mother’s Day? To save Royals management, I, free of charge, will give them some ideas for promotions. Granted, the schedule has already been made, but these can be used in the future. Or you can make your own. Whatever. I just came up with ideas. Here we go.

You might be wondering what this even means. Well, as you can tell from the above picture, Mike “Moose” Moustakas is known for getting quite dirty while out on the field. To celebrate his likeness with Pigpen, the Royals could have a powder blue shirt for Moose with dirt on the shirt. Well, not REAL dirt, but it would look like dirt. The Royals did this a few years ago with a George Brett shirt, putting what looked like pine tar on a powder blue shirt. It looked like this: 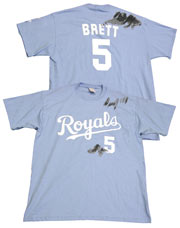 Pretty cool, huh? Do this same kind of shirt with Moose, add some dirt, and the fans will flock. It also promotes one of your younger fan favorites, which they should be pushing more, in my opinion. If that doesn’t work, make a Moose stuffed animal that when you press its feet it makes the “Moooooooose” cheer you hear from the fans at the ballpark.

2)Anything with Bo Jackson

All these years later, and Bo Jackson is just as wildly popular in Kansas City as he was during his prime. Bo knows popularity. ESPN’s 30 for 30 on Bo was one of the most talked about in a long time and brought Bo back to the forefront of everyone’s mind. Jackson even made an appearance in Kansas City at the celebrity softball game during the All Star Game festivities this past year. So what better time to jump on the Bo bandwagon then now? Now, what you do with the promotion doesn’t matter. Bo sells himself. Bo knows variety. Bo bobblehead. Bo replica jersey. Bo camo hat(I think Bo would dig this). Bo cooler. Bo doggy outfit for Bark at the Park day. Make Bo show up to race mustard, ketchup, and relish(seriously, who thinks they can outrun Bo??). Bo knows condiments. You literally could do anything involving Bo Jackson, and it would be a winner. Jackson was one of the most popular players in Royals history, so it seems only fitting to somehow make him a promotion at some point. Safe to say I will be at the ballpark that day. Bo knows Sean still thinks he is great. 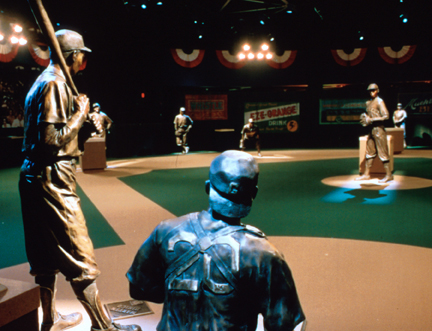 One promotion that is always a plus for Kansas City is the night they honor the Negro Leagues. The players dress up in the old uniforms, and throughout the night they honor the old Negro League players. But with the Negro League Baseball Museum in Kansas City, they can take it a step further. Put together a video of the history of the Negro Leagues. Give it away to the first 5,000-10,000 fans that come to the ballpark. Make them realize not only how fascinating this era was but how great these players really were. This is a win/win, as the Royals get a great promotional night, while putting out some plugs for the museum. This should be a partnership that helps both sides and seems like a perfect match.

The Royals Girls Night Out is one of the team’s highest attended promotions. It is also one that I dread every year. Every year, a bunch of women flock to Kaufman Stadium for this yearly event and a large portion end up sloppy messes by the end of the night. Sure, who doesn’t love their women to be loud, abrasive and completely unaware of their surroundings? I’m sorry, but when I got to a ballgame, I want to sit back, enjoy the action and pay attention to what is happening on the field. On Girls Night Out, that isn’t possible. No, on Girls Night Out, I have to listen to these drunk women blather on about their pitiful lives and how men have done them wrong. Then, if you are sitting anywhere near them, you have to get up every 10-15 minutes to let them out so they can either go pee/get more drinks/find their other friends who can’t find them. I’m sorry your bladder is full, Cindy Jo, but can I please just watch the damn game? So my idea is to have a photo night about a month before Girls Night Out, handing out photos to all these women, showing them for the drunken messes they were the previous year. Sure, it probably won’t do any good. I mean, they will probably just find it funny and continue to make a horse’s ass out of themselves like they do every year. But maybe, just maybe–someone will realize how embarrassing it is and decide to stop after two beers instead of seven. I can only pray. I just want to watch the game. That is why we pay for a ticket, correct?

Anyone who knows me knows that I love bobbleheads. Baseball bobbleheads are even better. Over the years, the Royals bobbleheads have been fantastic, and if you take a second to hop on over to ebay, you find most of these there, granted for a hefty price(except for Larry Gura. Sorry, Larry!). The Billy Butler one this year looks great. But the condiments are an awful, awful idea. All these years of great Royals players, and they are bumped for the stuff I put on my hot dogs? It’s not hard, guys. Amos Otis doesn’t have a bobblehead. Great player back in the day, former All Star and a vital part of the championship Royals teams. Seems like a slam dunk. Hal McRae? Another good choice. I could literally go on forever. Mark Gubicza, Al Cowens, Kevin Seitzer, Jeff Montgomery, and Kevin Appier just to name a few of the players from the past. Hey, just look at the here and now. Alcides Escobar, Salvador Perez, a miniature Johnny Giavotella, or Bruce Chen. Sure, I don’t particularly like Jeff Francoeur, but if they had a bobblehead of him with an actual cannon for an arm, I would want it(thank you for leading me to that idea, Anna). It is so simple. It is also an easy way to get me to the ballpark. Let’s make a deal now, Royals promotion department; no condiments next year. Worst. Idea. Ever.

Maybe this time it will end different…

…and if not, can we destroy every existing copy of ‘Friends in Low Places’?

God, I hate that song. Make it go away. Forever.

So those are just a few ideas. I can only hope that for 2014, the Royals step up and give us promotions worth being proud of. If not, we will have our own Royals promotional night at my house. For a fee, of course. I’m not just giving away those Ned Yost shirts I have tucked away in my closet…